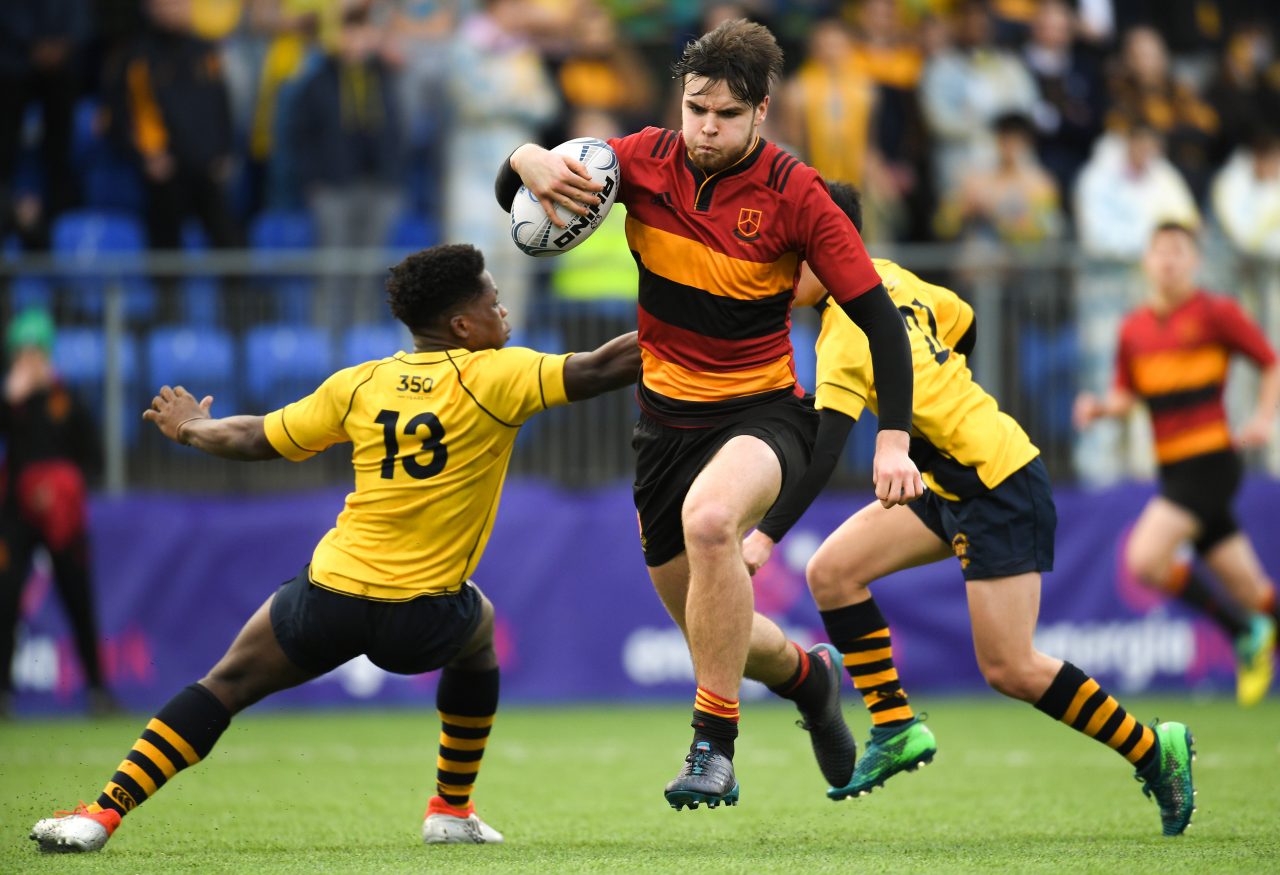 CBC Monkstown are into the Bank of Ireland Leinster Schools Vinnie Murray Senior Cup final after victory over King’s Hospital at Donnybrook on Thursday.

They had a little too much for King’s Hospital in a win which began with Eoin Quinn scoring a penalty with authority in the fourth minute.

CBC were quicker into their stride, threatening again off the back of Tadhg St Ledger-Quinn’s drive only for a pass to go to ground.

The number eight St Ledger-Quinn surged off a 5-metre scrum for the go-forward necessary for flanker Niall Scully to finish the job, Quinn converting for 10-0 in the 13th minute.

The carrying game of Hos’ centre Matias Gianetti-Latuf was impressive, one burst taking up 50 metres.

They just didn’t have the cohesion to fully feed off it and they were on the back foot soon enough, scrum-half Cian Tallon crashing over for Quinn to convert.

There was an inevitability about the third try, centre Gareth Hughes finding just enough space on the left in the 33rd minute.

KH came out for the second period with renewed energy and focus. They just couldn’t make a dent in the defence. Monkstown were more ruthless, Reynolds turning out of a tackle for a try at the posts which he converted.

The captain followed up with his second seven before Hos’ finally hit back with a direct approach for flanker Hugh Perry to make the line.

There was more to take away from wing Adam Bagnall’s smart finish down the left just before the final whistle.