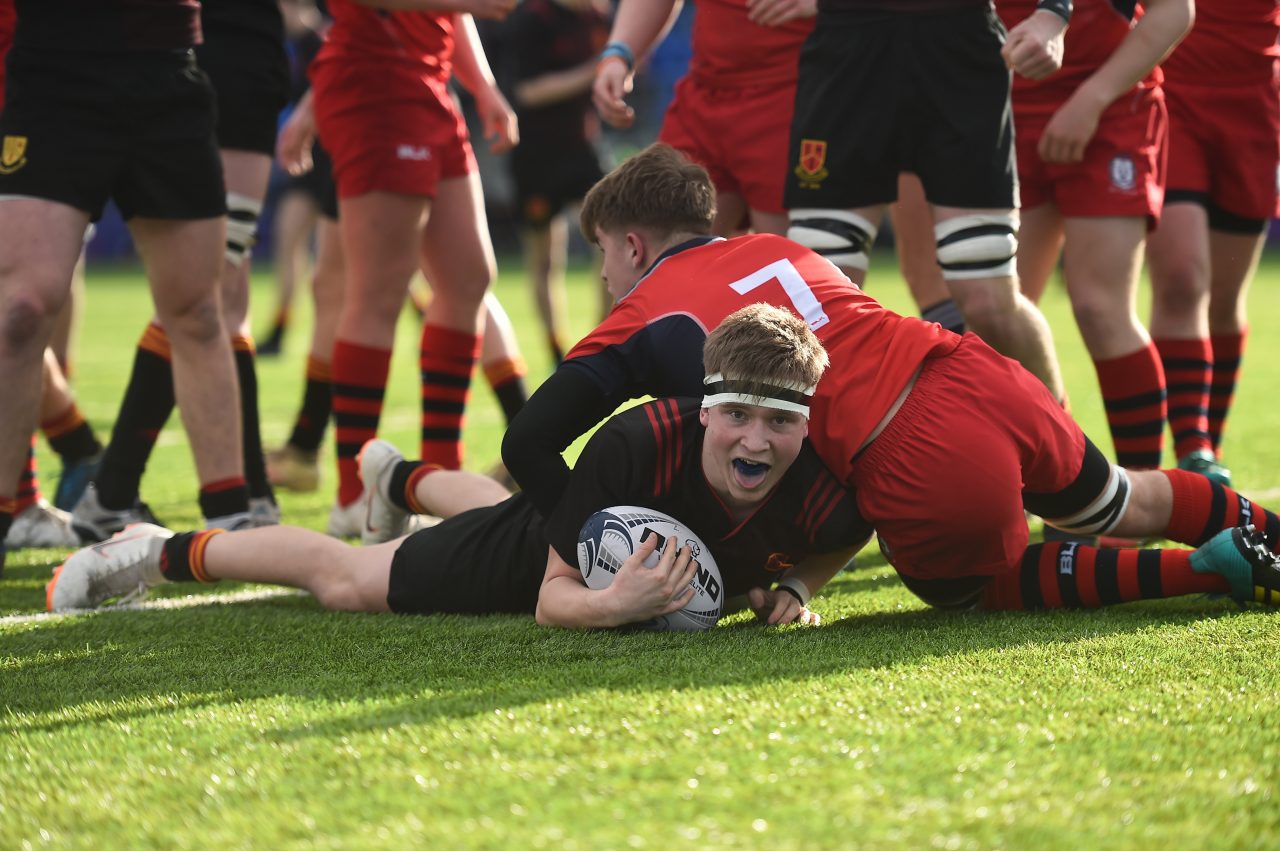 The game started with a minor blip for the winners in the form of a Fionn Jones try for CUS.

A patient Monkstown controlled the ball for the remainder of the first half as shown on the scoreboard.

Hooker Conor Anderson touched down from the back of a lineout maul in the 10th minute while CUS were down to 14. It would be the first of three tries for him in the opening 35 minutes.

Monkstown took the lead in the 16th minute thanks to the footwork of scrum-half Cian Tallon and never relinquished the advantage from that point.

Logan Brady also got on the scoreboard in the first half before Anderson picked up two more tries in the space of three minutes either side of the half-hour mark.

They added to that in the second half with full-back Sean Power proving a handful in the lead up to captain James Reynolds’ try which he converted himself.

Tallon got his second before Liam Forster smartly released the ball in the tackle before picking and going again to get his name on the score sheet.

CUS refused to lie down however and they showed their mettle with two tries from Michael Barrett and replacement Sean Andrews to claw back some of the deficit.

However, the powerful first half performance from Monkstown had left too much for the valiant CUS side to do.