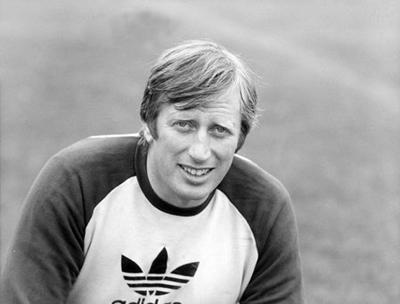 Leinster Branch President Kevin Fitzpatrick commented: “Moss Keane was a true icon and a legend of Irish rugby. His performances on the field of play mirrored the incredible influence and presence he manifested, which transcended rugby grounds across the world.

“It is sad that he was taken from us early, but he fought a prolonged illness with the aggression and the fervour which typified his very existence as a player.

“A larger than life figure and a gifted sportsman which reflected in his abilities both at Gaelic football and the game of rugby, where he made his name, he was a great friend to many and his passing will be both sadly missed and fondly remembered by a generation of rugby followers in equal measures.

“I would like to offer my sincere condolences to Moss’ wife Anne, their daughters Sarah and Anne-Marie, granddaughter Ellie and his loved ones on behalf of all of his many friends and supporters in Leinster Rugby.

The Irish Rugby Football Union would like to express their sympathies on behalf of Irish Rugby to the family of Ireland International Moss Keane, who has passed away.

Second row Moss Keane began his international career against France in Paris in 1974 and continued to play at the very top level of the game for over 10 years until his final international cap against Scotland in 1984. During that time he amassed 51 caps for Ireland and was also part of the team that secured an historic Triple Crown in 1982, the first Ireland had won since 1949.

As well as serving his clubs UCC and Lansdowne with great distinction, Keane was a member of the famous Munster team that defeated the All Blacks in Thomond Park in 1978 and was a stalwart for the province during his career. Keane was also capped for the British & Irish Lions, playing twelve games including a test match on the 1977 New Zealand tour.

Commenting on the news of Moss Keane’s passing, IRFU President Caleb Powell said, “Quite simply Irish Rugby has lost one of its most genuine characters and legends of the game. Moss had ability on the field that no one could doubt from his record at club, provincial and international level. UCC, Lansdowne, Munster, Ireland and the British & Irish Lions all benefited from his presence and ensured that his reputation will live long in the memories of not only Irish rugby, but world rugby.”

“My own memories of Moss were his great belief in the ethos of the game which was evident in how he related to players from all levels in our club Lansdowne. It did not matter whether you were an Ireland international or playing for the third B’s, he always had time for everybody in the club and he will be sorely missed.”