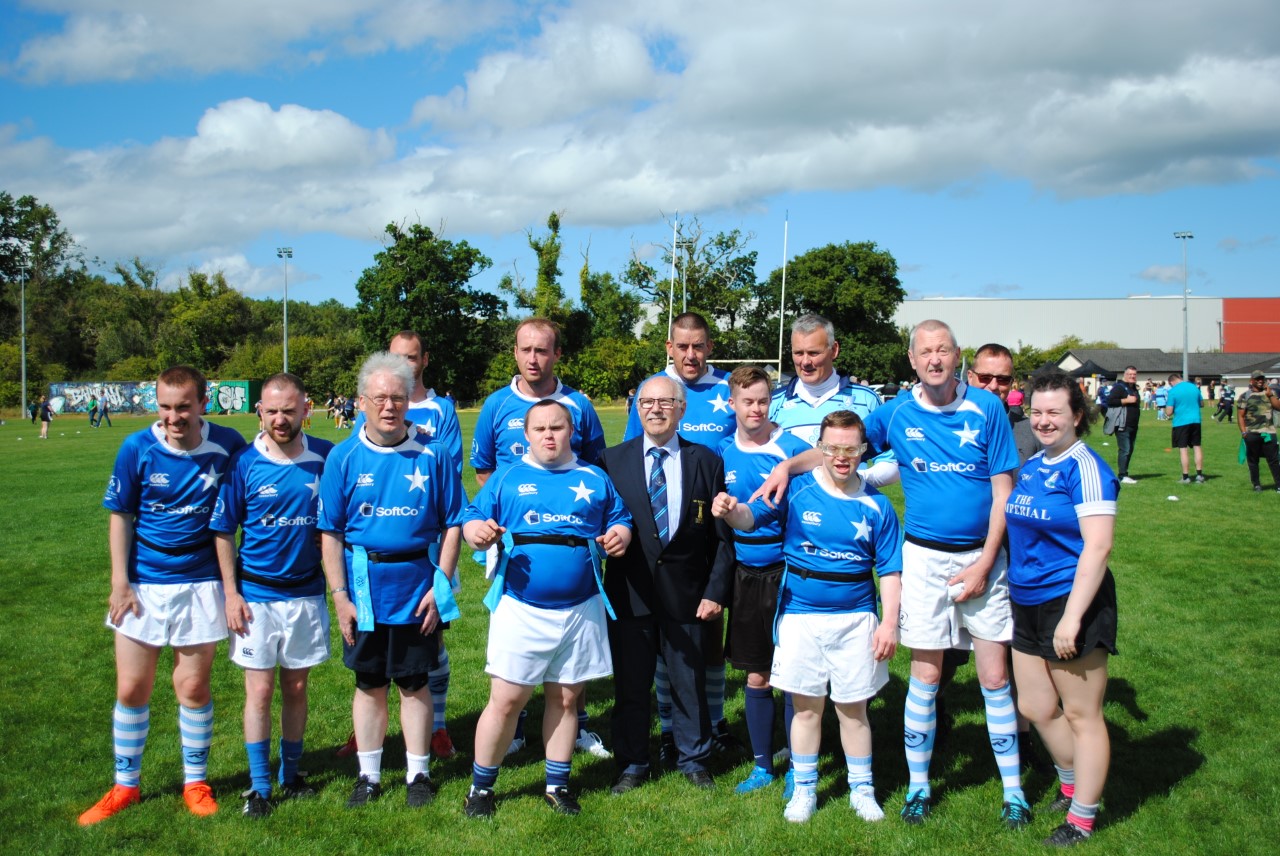 The MU Barnhall Buffaloes inclusion rugby team was established at the club in May of 2015.

The Buffaloes very quickly established themselves at Parsonstown and team numbers and coaching mentors have grown substantially each season.

In their very brief history, the Buffaloes have represented the club at the Aviva, Tallaght and Energia Park and the team’s captain, Paddy McNally, was honoured with a Club President’s award for his tireless commitment to the club both on and off the field.

The Buffaloes play regular Sunday fixtures against teams across the province and the island. Each game is highly contested and the club’s blue jersey is always worn with great pride and honour by all the players. The Buffaloes annual September blitz has become a regular fixture on the club’s calendar and this year we saw an unprecedented 28 teams ​taking part.

Having a special needs rugby team at the club is not just about the game of rugby, it is much more than that. The game which we all love is now being used by MU Barnhall RFC and many other rugby clubs as a medium to enable local people with intellectual impairments to become active citizens and pillars of their own communities. 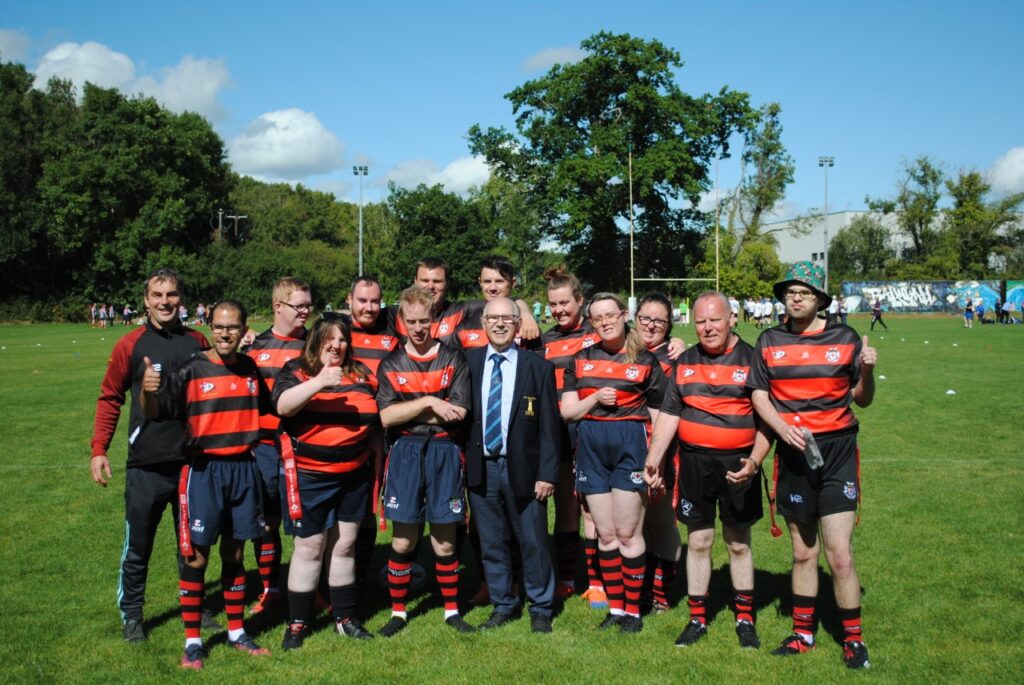 With the Buffaloes blazing trails and making new friends each week, MU Barnhall RFC has now become an all-inclusive sports club that endeavours to serve its local community.

To mark the 50th anniversary of MU Barnhall RFC in 2019, the Buffaloes and their coaches travelled to Rome for a five-day tour. While in Rome, the Buffaloes played two matches, attended an audience with the Pope ​at the Vatican and the squad were also guests at the national rugby museum in Rome.

The Covid pandemic put a hold on the Buffaloes continued progress for two seasons, however, April 2022 saw the Buffaloes come out of lockdown one vaccination at a time and as a squad they toured Ireland playing four games in the four provinces in four days.

​Last Sunday in the glorious September sunshine, MU Barnhall RFC hosting their fifth annual all-inclusive Tag Rugby Tournament at Parsonstown. With months of planning and organising teams were welcomed from across the island ​and beyond to be part of what was an all-inclusive day of tag rugby and friendship.

With 12 hotly contested games running each round it was a sight to behold for all involved on the day. Each team wore their club colours with pride and at the end of each game handshakes and smiles we exchanged. Guest of honour at Parsonstown was Irish rugby legend, Ollie Campbell.

Ollie greeted each team, sharing some of his rugby wisdom and stories with all the players and coaches. MU Barnhall’s very own Emma Tilly was also present after just getting off the plane from winning her first Ireland cap in Japan with the Ireland Ladies team. 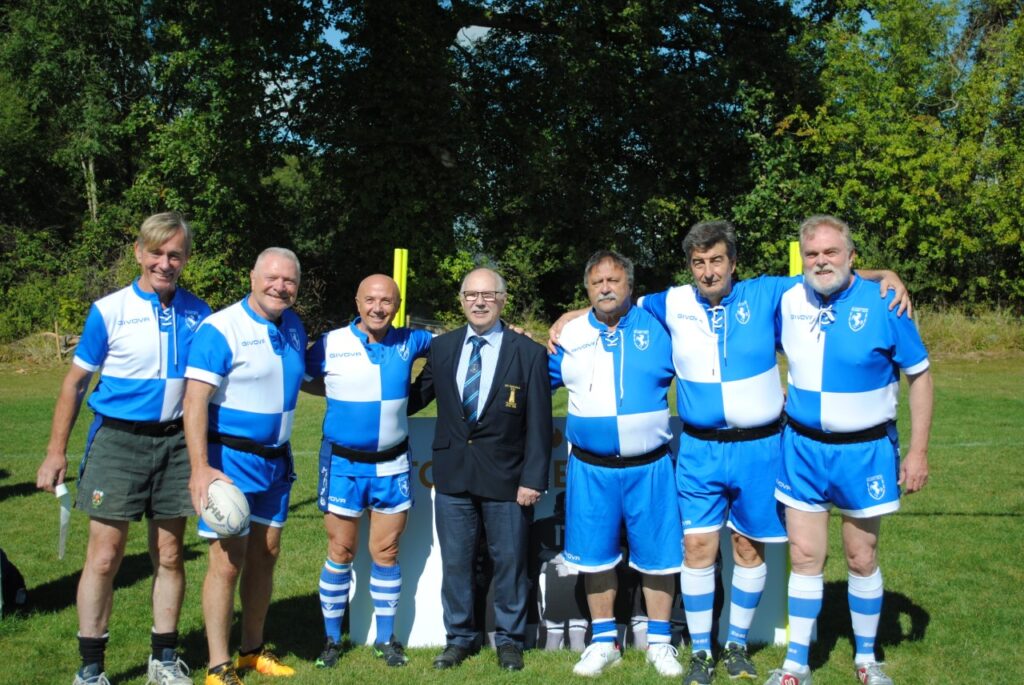 MU Barnhall RFC would like to say a very special thank you to the Buffaloes team sponsors, Jones Engineering, for their continued support and assistance in helping create an all-inclusive culture at the club.

“We had a fabulous day of tag rugby here at MU Barnhall, we had so many visitors and an army of volunteers to ensure everyone had a great day,” said the club’s President, Martin Fahy.

For any enquires regarding the MU Barnhall Buffaloes please check out the club website or contact Anto Larkin 0872128837 or James Jones 0873768754.