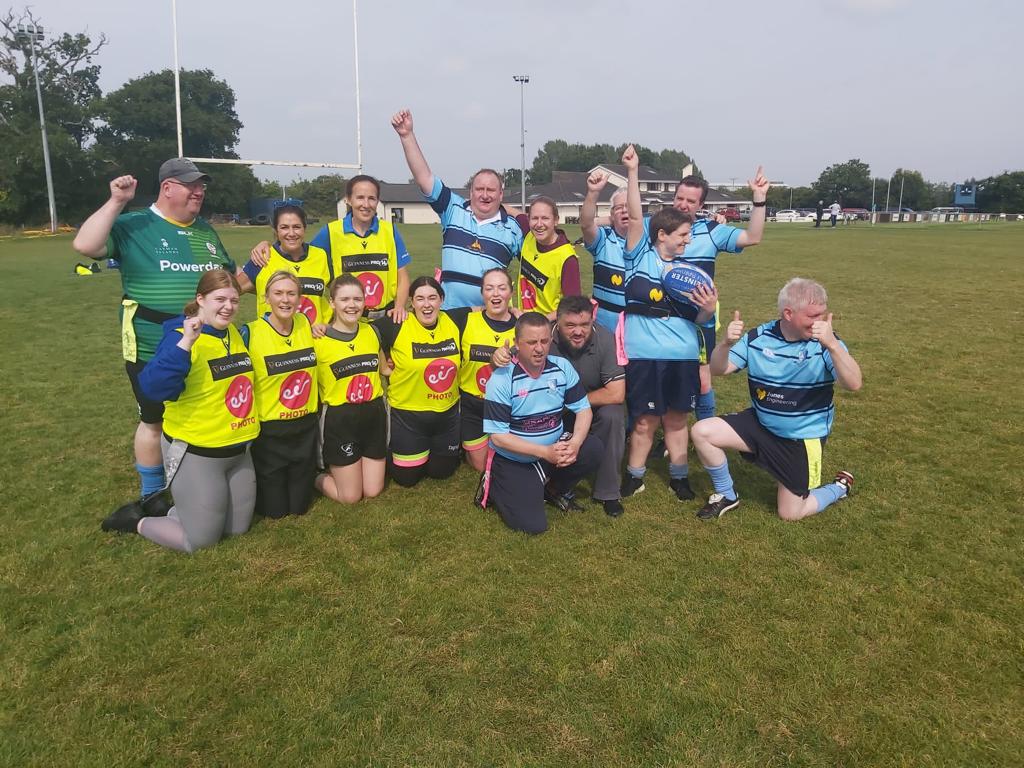 The MU Barnhall Buffaloes special needs tag rugby team was established at the club in May of 2015.

The Buffaloes very quickly established themselves at Parsonstown and the team’s numbers and coaching mentors have grown substantially each season. In their very brief history, the Buffaloes have represented the club at the Aviva and Tallaght stadiums and Energia Park and the team’s captain, Mr. Paddy McNally was recently honoured with a president’s award for his tireless commitment to the club both on and off the field.

Within their own club environment the Buffaloes are a well-respected and much liked team. They engage regularly with other teams in the club and most recently their annual Tag Rugby tournament against the women’s team was a huge success and involved nearly 40 players across both sections. 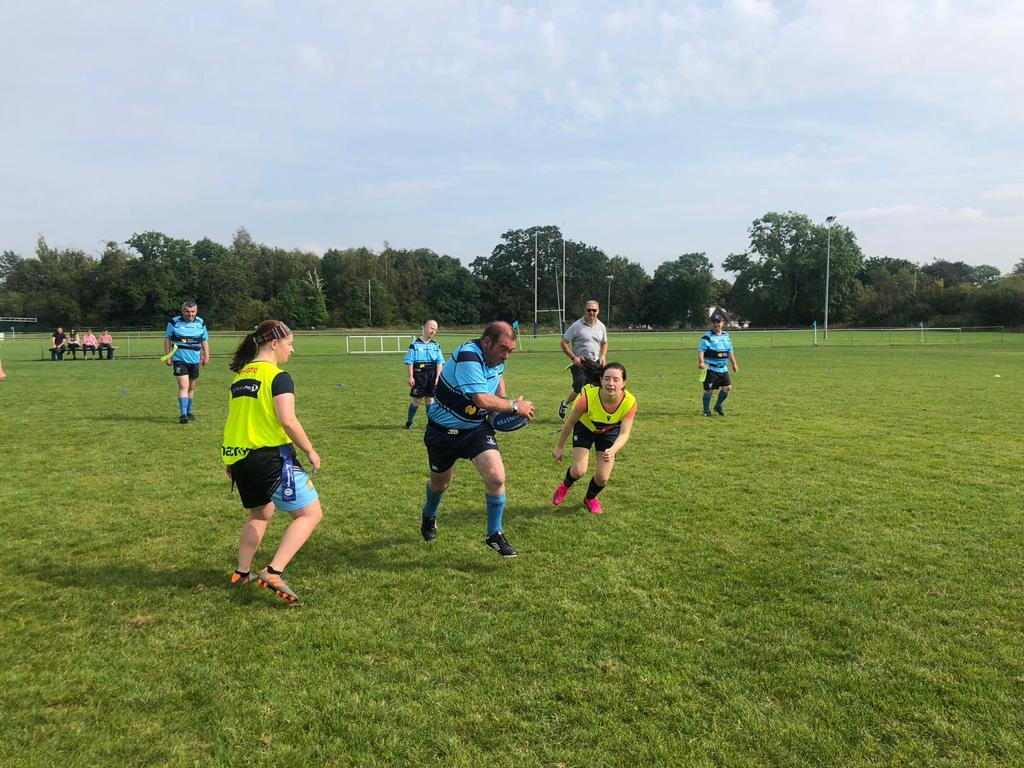 Jennie Bagnall, Women’s Rugby Development Officer for Leinster Rugby, was invited out to play in the event and commented, “Playing in the tag matches against the Buffaloes was great fun. Besides the talent on the pitch they also had a ‘fan club’ with them who had even gone so far as to make big homemade signs to support their team! The fact that everyone wants to be involved, even if they can’t play the matches is a testament to the depth and passion for this program.”

The Buffaloes also play regular Sunday fixtures against teams across the province and the island. Each game is highly contested, and the club’s blue jersey is always worn with great pride and honour by all the players. The Buffaloes annual September blitz has become a regular fixture on the club’s calendar and each year more and more teams are participating.

Having a special needs rugby team at the club is not just about the game of rugby, it is much more than that. The game which we all love is now being used by MU Barnhall and many other rugby clubs as a medium to enable local people with intellectual impairments to become active citizens and pillars of their own communities. 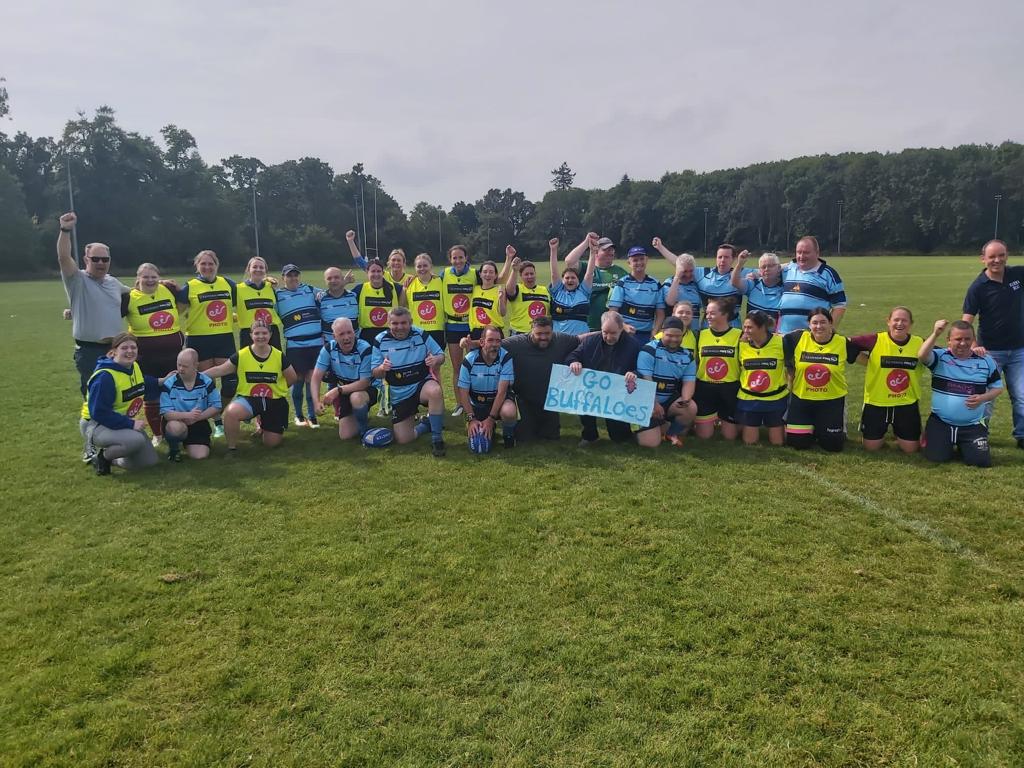 With the Buffaloes blazing trails and making new friends each week, MU Barnhall RFC has now become an all-inclusive sports club that endeavours to serve its local community.