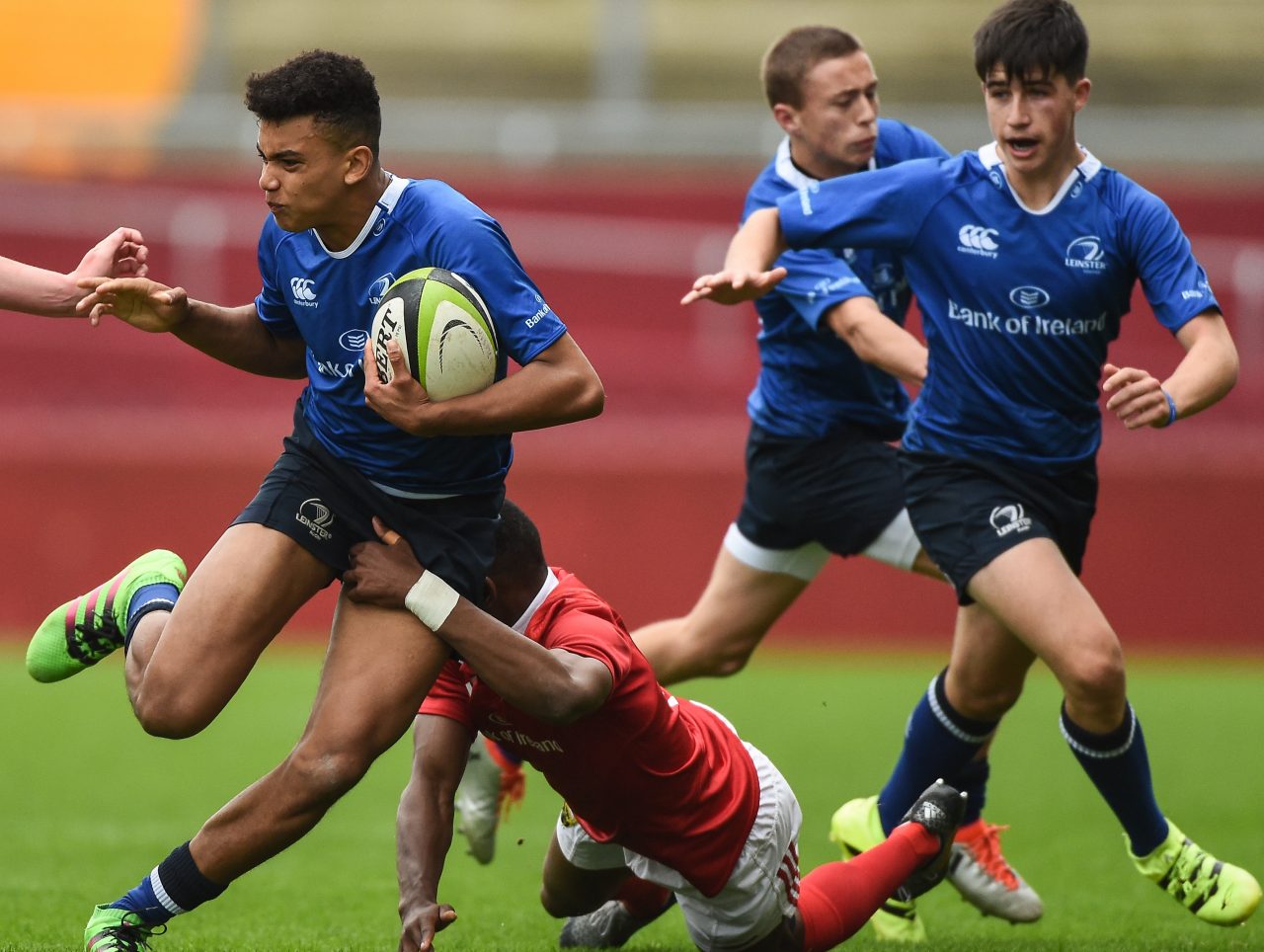 The Leinster Clubs, sponsored by Bank of Ireland, lost to Munster for the first time in eight years in the U18 Interprovincial Championship at Thomond Park on Sunday.

The signs were there from the get-go when Munster took to playing against the wind with relish, knowing that keeping the scoreboard down would favour a second-half surge.

There was little in the way of a gilt-edged chance until Munster Captain Evan O’Gorman streaked through for an intercept try which was converted by Harry Byrne in the 15th minute.
The Leinster ship was steadied when centre Frankie O’Dea reduced the leeway with a penalty in the 21st minute.
They could make no further impression due to a valiant penalty effort from O’Dea and the general inability to build pressure accrued from handling errors to leave four points in it at the break.
The visitors needed the next score. Instead, they shot themselves in the foot when in possession of the ball, knocking-on to hand over control.
The home side took advantage to play on, for right wing Ikem Ugwuru to come hurtling down the right for their second try in the 52nd minute.
The Munster defence, led by O’Gorman in the midfield, expertly cut down the space for Leinster’s three-quarters and the home pack was typically pugnacious.
In the end, Munster were well worth their victory. Full-back Conor Hayes had the last laugh from a 70th minute penalty.
“We’re obviously disappointed because this is a talented group and they have not really shown that fully,” said Manager Louis Magee.
“They just haven’t clicked. The plan would be to put it all together in the final match against Ulster to finish on a high.”