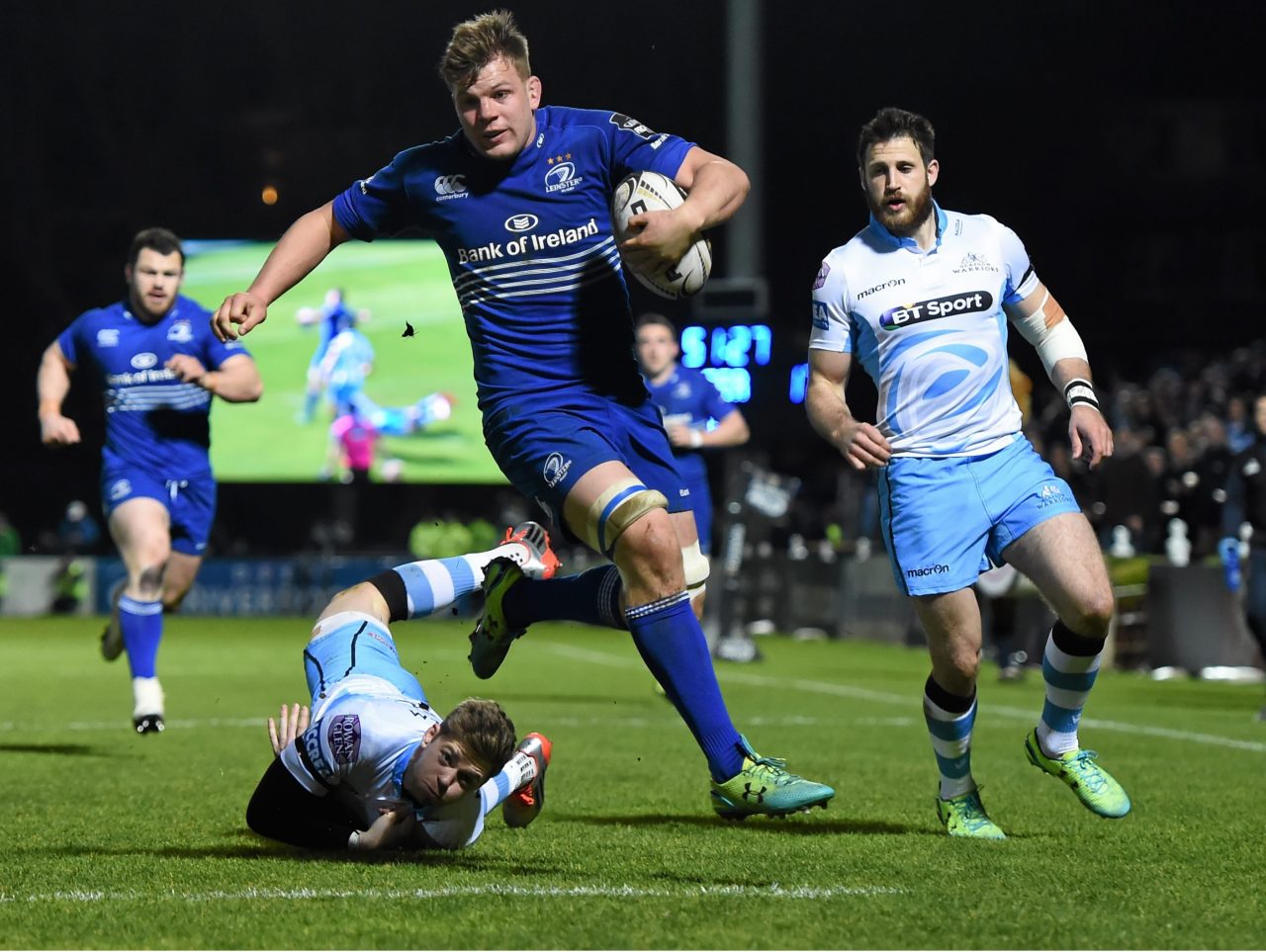 Jordi Murphy reflects on Leinster’s 34-all draw with Glasgow Warriors and looks ahead to Saturday’s big match in Aviva Stadium against Bath in the European Rugby Champions Cup Quarter-Finals.

Last Friday evening’s draw with Glasgow Warriors was Jordi Murphy’s first Leinster appearance in over two months. His last outing for the province was against Wasps in the European Rugby Champions Cup, the match finishing in a draw which was enough to clinch a home playoff spot for Leinster.

In the interim, Murphy featured in all five of Ireland’s 6 Nations games, playing the full 80 minutes against Italy and England.

Despite the long gap between Leinster appearances, he said it didn’t take him too long to settle back into the environment.

“You’re here for seven or eight months of the year, so it’s not too tough,” the former Blackrock College man said in Leinster HQ this week.

“Obviously I had to come in early and remind myself of a few of the moves, because they’re completely different in the Irish camp. You focus your complete energy on that at the time and then when you come back in you have to slot in quickly.”

On his return for Leinster, Murphy scored the third try in the thrilling comeback against Glasgow Warriors at the RDS Arena. No problem slotting back in then.

Despite the incredible comeback, Glasgow scored a converted try in the final few minutes to level the game. While the first half performance and half-time margin of 20 points was a clear source of disappointment, the way the players rallied in the second half is something Murphy sees as a positive they can take from the game going into the quarter-final this weekend.

“I thought we let ourselves down, definitely. We knew that they would come out all guns blazing; they had a lot of their Scottish contingent back. To let them go in 20 points out at half-time was obviously disappointing, but then I thought we rallied really well. Isaac really set the tone scoring that try within 45, 50 seconds. That’s definitely a big positive for us that we were able to come back and even build on it and get seven points ahead of them. Obviously it was disappointing to concede with five minutes or so to go, but I thought it was definitely pleasing to come back from that kind of deficit at half-time.”

So, what changed after half-time?

“Matt and Leo were talking at half-time. We’d actually done quite a lot of good things in the first half, we’d obviously just fallen off a few too many tackles, a few knock-ons, and a few things hadn’t gone our way. We knew we had to tighten it up and start ramping the pressure up on them. Isaac’s try really set the tone, and I thought for the following 30 minutes we played some really good rugby. That’s something to look at quite positively and be proud of.” 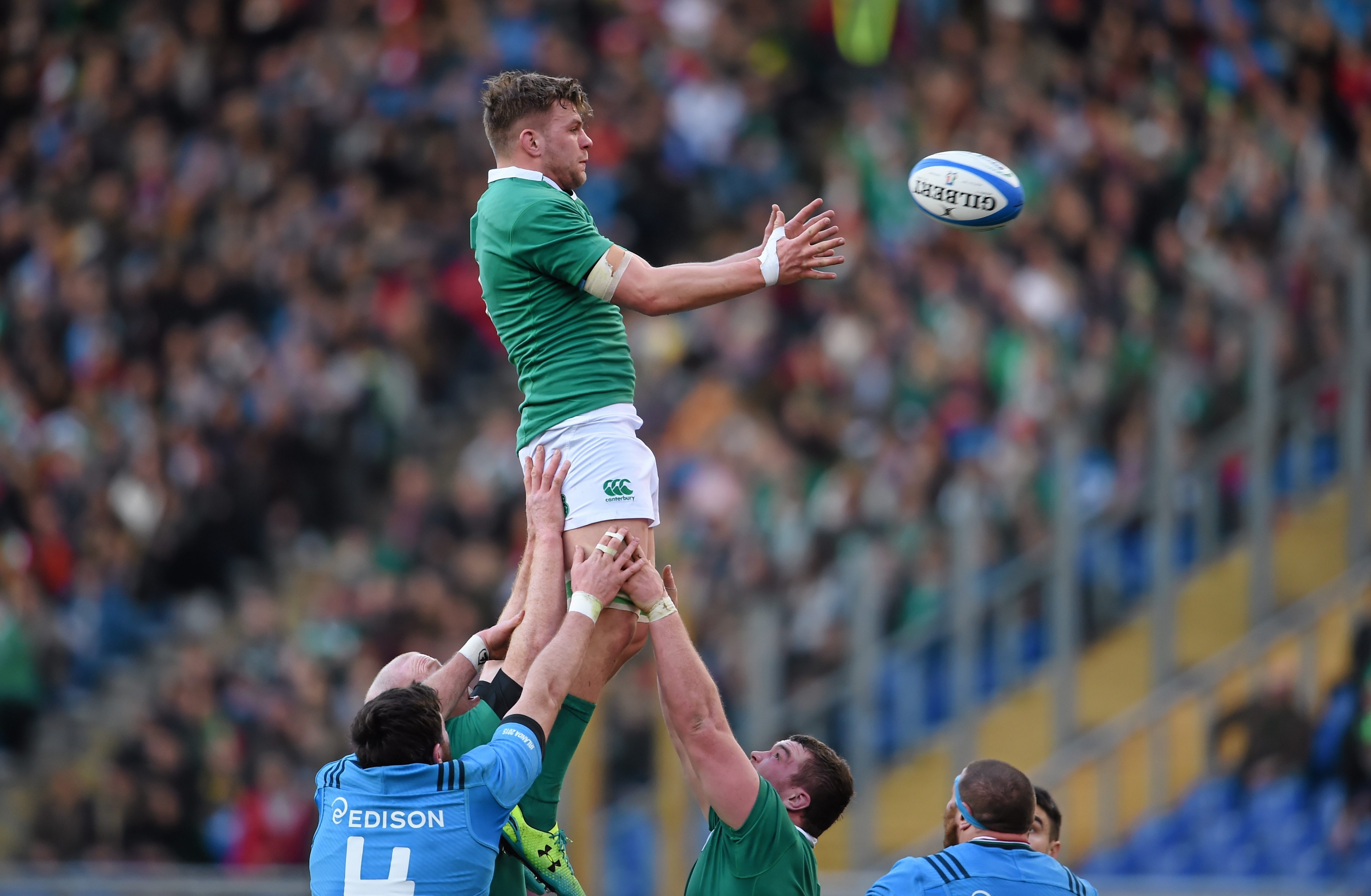 That positivity, and the lessons learned from the first half performance, will play a big part in the preparation for this Saturday’s Champions Cup quarter-final against Bath in Aviva Stadium.

The build-up to the game has focused on the threats in the Bath back line, with England out-half George Ford, Jonathan Joseph, and Kyle Eastmond among the attacking talents at the English club.

Murphy said, though, it would be a mistake to overlook a very strong Bath front eight.

“They’ve got a seriously formidable scrum. I think they’ve shown that, not just in the Champions Cup but in the Premiership. They’ve put a lot of teams under the sword with it. They’ve the likes of Attwood, who played most of the 6 Nations games, Hooper, their leader in the pack and their captain, and the likes of Francois Louw with 30-odd South African caps. I don’t think we can bypass the pack at all. I think that’d be a big mistake from our point of view. They’ve got a lot of firepower out the backs, but they’ve got some seriously hard grafters in the pack as well. We’ll have to look at their whole 15.”

After last weekend’s draw with Glasgow, Leinster have welcomed more international players back into fold, and Murphy said it will be great to see Sean O’Brien back in blue after a lengthy injury lay-off that has kept him out of action for the province since the first game of the season away to Glasgow on 6th September.

“(Sean) played unbelievably well (against Scotland). The two tries and, not just that, his all round game has really shown how quickly he’s come back considering he’s only got three and a half games under his belt. It’s a big boost to the whole squad; there’s a good buzz. I know going into this week to get the likes of him and Jamie and other boys back will be an added bonus to us, definitely.”

That’s a boost that has come at the perfect time as the squad look ahead to the biggest game of the season so far in the Aviva this Saturday.

Leinster face Bath in the European Champions Cup Quarter-Finals this Saturday in Aviva Stadium. Tickets for the game are still available from Ticketmaster, starting from €;28 for adult and €;10 for children. Click here to get your tickets.