Naas RFC keeping promise to produce from within 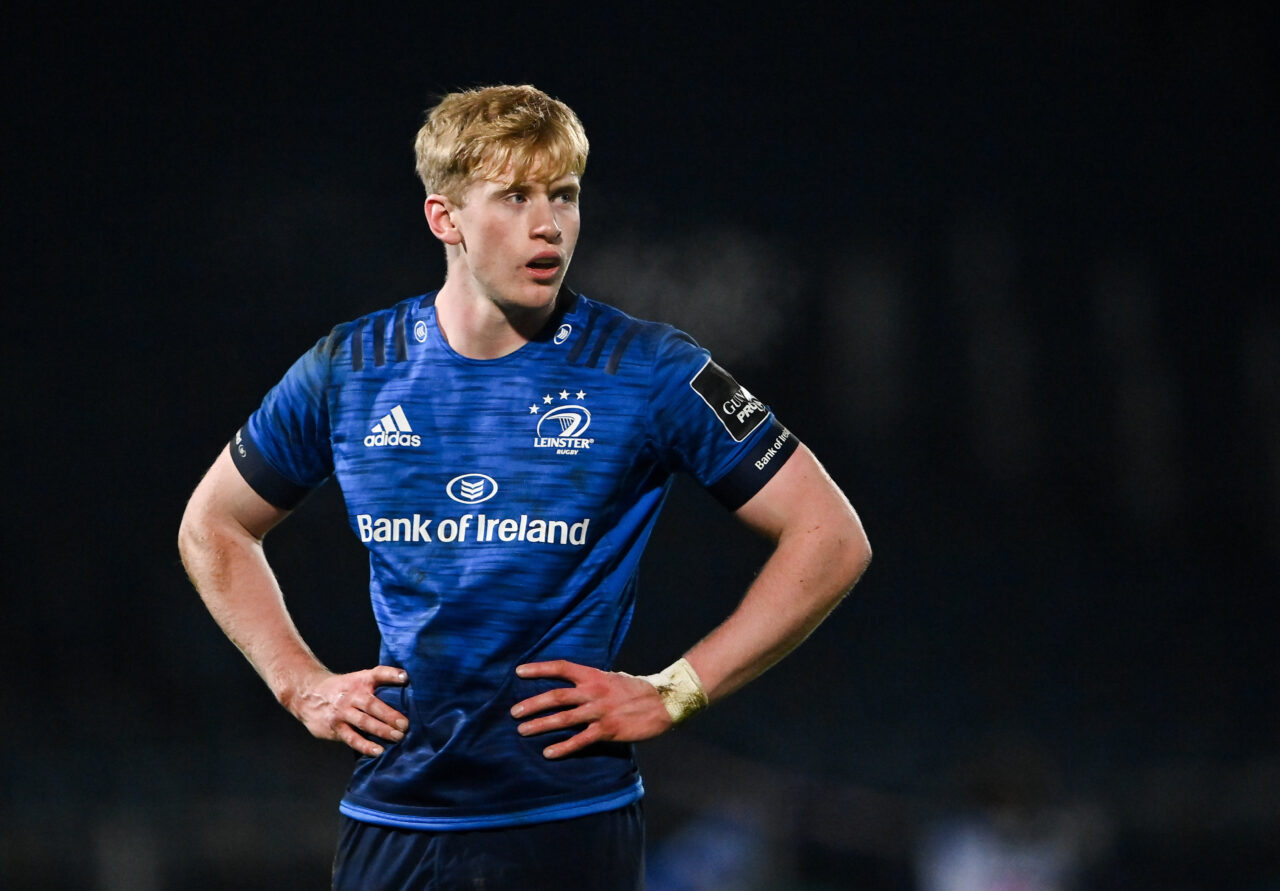 This article first appeared in the official matchday programme for Leinster Rugby’s Guinness PRO14 Rainbow Cup clash with Ulster Rugby at the RDS Arena on 14 May.

Jamie Osborne is just the latest example of how Naas RFC is keeping its promise to produce from within.

This is the case at all levels of the club, flourishing from minis right up to the All-Ireland League and even as a feeder to the professional game.

Nineteen-year-old Osborne comes with a point of difference, shared by Adam Byrne, in that his skills were not honed at a rugby-playing school like Naas old boys Jamie Heaslip, Geordan Murphy, James Tracy and Jimmy O’Brien at Newbridge or Tadhg Beirne and Jamie’s cousin Rowan Osborne at Clongowes Wood.

He played his way through the game at Naas from the minis to the Leinster Academy, making his Guinness PRO14 debut against Scarlets in late January.

“Jamie played all his rugby in Naas RFC and learnt his trade with us. He is not long off the training pitches here,” says club President Barry Brophy.

This connection from within gives kids the benefit of seeing how hard work and commitment can be the fuel for getting better.

“The drive within all our minis and Juniors comes from the talk on the training pitches, about what match they watched on TV, how someone played and, of course, “I know him” or “His brother is on my team”.

More than that, Jamie is the latest in a line of Osbornes to start out at Naas, pushing the meaning of family in the local community.

His dad Joe is not long finished playing with the Naas Over-35s, eventually bowing to father time in his late-40s.

“Jamie is a prime example of tradition in the club,” adds Brophy.

There had been rugby played at Naas in the 1880s. It was a garrison town with a lot of British soldiers. For one reason or another, the club was disbanded for a period of time.

“In fact, Bill Osborne was Rowan’s great-grandfather and his grandfather Michael Osborne, who played for the club, was President of Naas from 1969 to 1973. 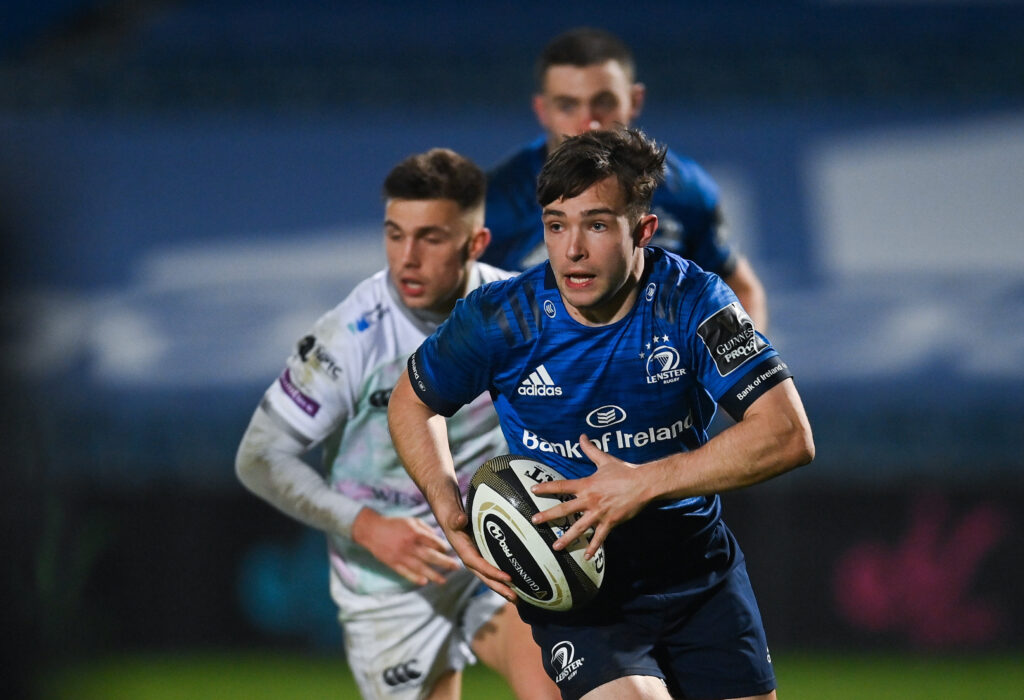 “Being a great all-round sportsman, Michael was instrumental in getting Kerry GAA legend Mick O’Dwyer to come and coach Kildare and was part of setting up the Kildare GAA Supporters Club to raise money for Kildare GAA.

“Rowan’s father John Osborne is also well known in equine circles having held many senior roles in the racing industry in Ireland. Another generation who played for Naas.

“This is no different from any local rugby club. Each club has families who are third or fourth generation.”

The seeds of Naas’ club success were sown before both Jamie (19) and Rowan (24) were even born.

“Naas RFC has grown exponentially over the last 25 years due to the population increase in the nearby town and surrounding areas,” says Brophy.

In this time, the club earned the move into the All-Ireland League in 2000 and they haven’t looked back, currently residing in Division 1B.

“If we in Naas RFC want to go from Division 1B to 1A, which will put us in the top 10 clubs in Ireland, then there is only one way we can do this which is sustainable.

“That is through homegrown players.”

Success on the pitch has led to success in building the numbers all the way down the playing ladder to the mini and junior sections at the club.

“It seemed people came back to the club as the standard slowly improved. Then, the same people brought their sons and, in more recent years, their daughters to play under the stewardship of fully-qualified coaches,” says Brophy.

In fact, there are more than 750 members in the mini, Junior and mixed-ability sections, who are guided by over 100 coaches in those early years.

“The children in our care are taught the basic rugby skills. Also, key to any player, we coach respect and humility in winning alongside dignity in losing.

“Inclusion is also very important. Once you drive through the gates, we are all equal and respectful to both fellow members and also travelling teams who visit us in Forenaughts.”

The consistent flow of players from Naas to Leinster, Ireland and even the British and Irish Lions, Heaslip (2009 and 2013) and Murphy (2005), is a bonus that comes from a vibrant environment.

“In a recent Junior coaches planning meeting for the upcoming season, rugby was well down the list of priorities, behind fun, friendship and children safety.

“The way we judge our success in Naas is not whether we win or lose, but how many children return in September to play with us for another season.

“In a recent socially-distanced presentation to our U-13s last September – these were the children who lost out on our annual tour to St David’s in Wales due to Covid – the coaches still did the tour programme and also presented the squad with their kit bags etc.

“I noticed in the programme most of the 50 players when asked: ‘What do you want to do when you finish school?’ The answer was: ‘I want to play for Leinster or Ireland’. 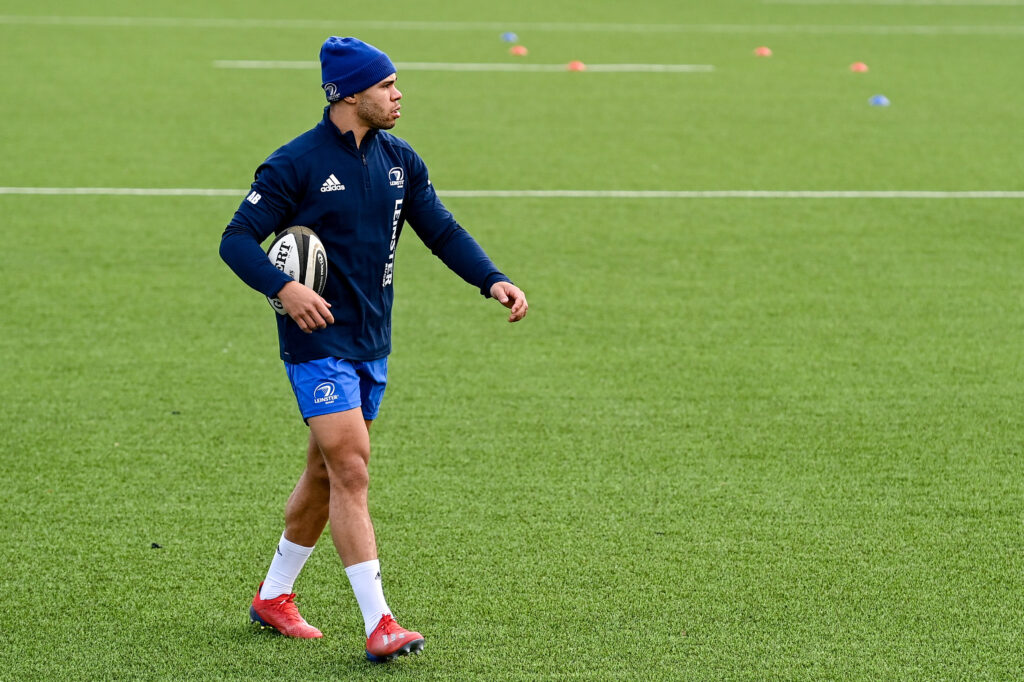 “This is where Jamie and Rowan, Adam and James, Jimmy and Tadhg come into it,” he says.

“We believe all children have potential. They can and do improve at different rates and, sometimes, players who do not shine out as they start their rugby can develop into great players over time.”

“Naas will not survive without the new people joining and the freshness this brings to any club.

“Our future is in the hands of great people. We hope the minis and Juniors, boys and girls playing today will one day run this great club.”

The ‘Welcome Back’ sign that sits at the club is there for everyone young and old, new and returning.

“Naas RFC are very proud of our new Naas Vipers mixed-ability players. These new members have added another element of community to our club and the standard these players are playing at gets better every week.

The club is still managing to walk that fine line between striving for promotion and keeping in touch with their traditional roots too.

“We are lucky to still play in the North Midlands competitions as well as the Provincial Towns Cup,” he shares.

“The lads we played against then are more likely to have sons and daughters playing at this stage.

“Each of those clubs makes you feel welcome, and of course, the memories of past games are recalled and perhaps exaggerated.

“Lifelong sporting friendships start on a pitch, fighting for an oval ball and ends after many encounters, where we prefer to meet and argue about who will pay for the refreshments.”

Long may it last.