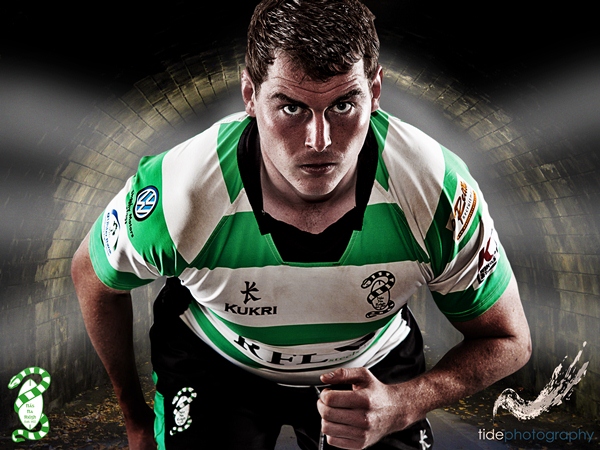 Naas RFC have secured the services of one of the most talent photographers in the Co Kildare, Sean Kelly of Tide Photography…

Sean has not only come on board as the official photographer to one of the largest youth rugby clubs in Leinster, he is also using his particular talents to develop new and exciting marketing posters for the club.

Sean’s passions include his children, rugby and digital art. Sean has been working closely with the newly promoted AIL Division 2A Naas Senior Squad throughout the summer. He’s been getting to know individual players, capturing their personalities on film and translating these into a series of unique digital art posters which the club will release incrementally across Season 2013-2014 starting with Naas RFC Captain, Johnny Delaney and second row player David Benn. Working closely with PRO, Nikki Gallagher, Chairman, David O’Reilly, former President, Rory Larkin and Head Coach Niall Carson, Sean has turned his images into key marketing tools for Naas RFC.

The first set of posters, placed at strategic points throughout Naas and Kildare as well as being disseminated through social media helped secure a record-high attendance at the first AIL home match in Forenaughts of the season. The fantastic results by the Seniors on the pitch combined with the innovative marketing posters is creating a huge momentum locally resulting in more and more turning out to show their support for Naas RFC.