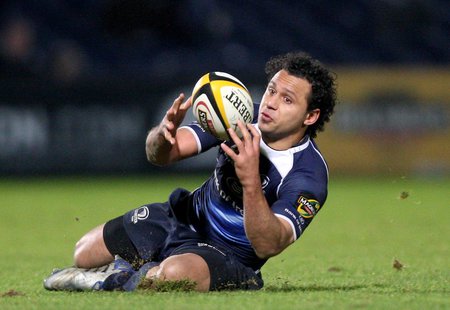 This is the first time an overseas player has won the top accolade and is just reward for his consistent but also outstanding performances this season. Connacht’s Fionn Carr was also among those recognised when he was awarded the IRUPA Volkswagen Try of the Year for his 70 yard effort away to the Scarlets.

Isa Nacewa was his typical humble self after receiving the award saying: “This is the first time I’ve received an award in any country which has been voted for by my peers and I am overwhelmed to be honest that the other players in Ireland have chosen me. I’d like to thank all my team-mates in Leinster who have made my job a lot easier”.

Nevin Spence of Ulster picked up the IRUPA Nature Valley Young Player of the Year for his try against Bath in the Heineken Cup and Leinster’s Richardt Strauss collected the IRUPA Nokia Unsung Hero Award.

Sean O’Brien was also awarded the Bord Gáis Energy IRUPA Supporters’ Player of the Year, voted for by listeners of Newstalk106-108 fm.

Omar Hassanein, CEO of IRUPA said: “Winning an IRUPA award is the highest honour a player can receive. Those players can take great satisfaction from the fact that they have the total respect of those who they play with and against. Congratulations to all those nominated and in particular to Isa, Fionn, Richard, Nevin, Brian, Sean and Big Mal in winning what are the most sought after awards in Irish rugby.”

Commenting on tonight’s awards John Mullins, CEO of Bord Gáis said: “Many congratulations are due to Isa on being honoured with the Bord Gáis Energy IRUPA Players’ Player of the Year. Leinster have reached their second Heineken Cup final in three years and Isa made an outstanding contribution to this feat on Saturday and indeed the run in to that victory over Toulouse.

“In a World Cup year it’s encouraging to see Irish rugby continuing to flourish and I’d like to acknowledge the great work IRUPA does in supporting the players who make this possible. The turn out of top stars tonight is clear testament of the high regard in which they hold the organisation and Bord Gáis Energy is proud to be a part of that.”

The O2 Rugby Moment of the Year was also announced at the awards with Brian O’Driscoll taking home the award for his record breaking try against England to break the Six Nations Championship try scoring record which stood for 78 years.