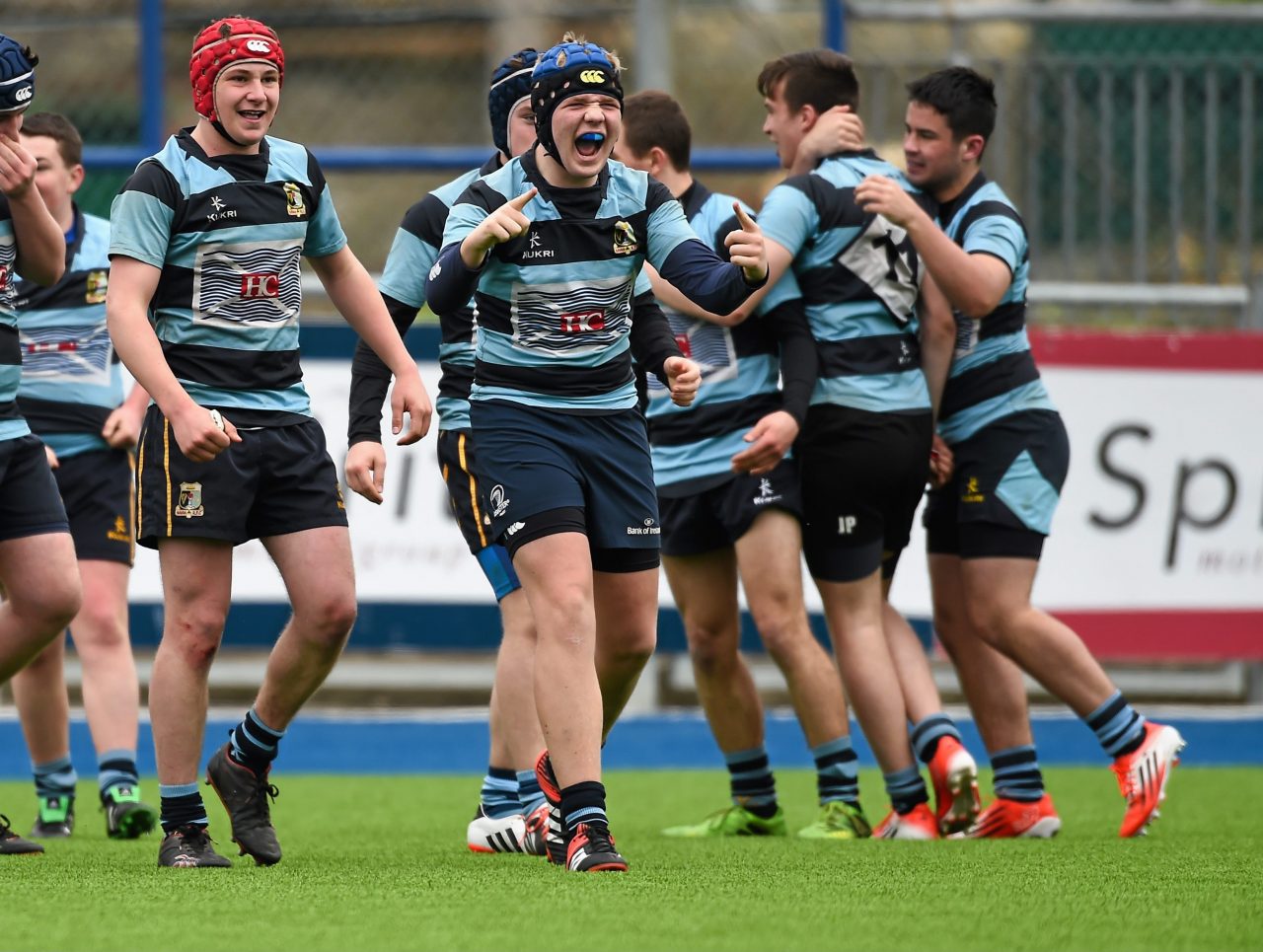 A late penalty from Navan scrum-half Mark Farrell sealed the U17 Youths Premier League final against Carlow at Donnybrook on Sunday.

They were jockeying for position right from the off with Carlow fly-half Mark McDermott and loose-head Daminen Jordan prominent against the Navan maul and carrying from Navan forwards David Fox and Eoghan Monaghan.

McDermott’s line-kicking and presence were central to Carlow as they moved into the right area.

However, the athleticism of flanker Alan Crowe enabled a lineout steal for centres Keelan McKeever and Conor Nash to carve up the midfield with Crowe the link man before a knock-on put a stop to their gallop.

A sweet move engineered by McDermott and centre Caomhan Brennan put full-back Conor Crowley hurtling to the corner except for Nash to arrive on the scene for a try-saving intervention.

Carlow number eight Conor Kelly was making an impact with the ball in hand, his opposite number JJ O’Dea mopping up anything loose on the floor.

A spilled ball put McDermott in possession with wing Tommy Brice on his shoulder and Nash isolated in defence, the Navan centre doing exceptionally well to stay patient as the cavalry arrived to cough up a penalty.

McDermott’s shot was low and right to maintain the stalemate.

The to-and-fro continued as Navan hooker Fox took off for 40 metres and Crowley replied with a kick and chase that came up inches short of the breakthrough.

A Carlow scrum was the consolation. Kelly picked a drove. Flanker Eoghan Monaghan was there to meet him head-on.

Navan had to handle the pressure of a defensive Iineout. Carlow went up to contest. The ball bounced loose and scrum-half Daniel Crotty pounced for an opportunistic try for 5-0 at the break.

There was renewed purpose about Navan when they came out. They just couldn’t secure the final pass and Carlow lock Sam Dunne did remarkably well to steal a lineout close to his line.

The Meath boys looked to their maul. It was effective. Then, they moved the ball back and forth for O’Dea to finally exploit the space as Carlow ran out of defenders.

Farrell’s conversion made it 7-5 in the 41st minute.

Straight away, Fox stretched clear of the Carlow defence, his offload failing to find its target Crowe. It was a let-off and McDermott’s footwork and centre Brennan’s power opened the door for Carlow prop Quinlan Kelly to barge over only to be called back for crossing.

The persistence of Carlow centre James Kehoe on the ground allowed McDermott to move them back in front 8-7 in the 49th minute.

That wasn’t enough for them as centre Brennan tore off after a kick through by Crowley to force a penalty which McDermott slotted from the right.

Navan had to get a hold of the ball and move forward. They did it well enough to work a penalty. Farrell struck to make it 11-10 on the hour.

Their fly-half Finn Searle’s wind-propelled kick put them inside the 22 and O’Dea rose to steal the lineout. The pressure ended with Farrell’s lead penalty in the 63rd minute.

A Carlow lineout to 22 was taken down illegally and McDermott’s difficult kick smacked off the upright and was taken clear by vigilant flanker Monaghan in the last play of the game.