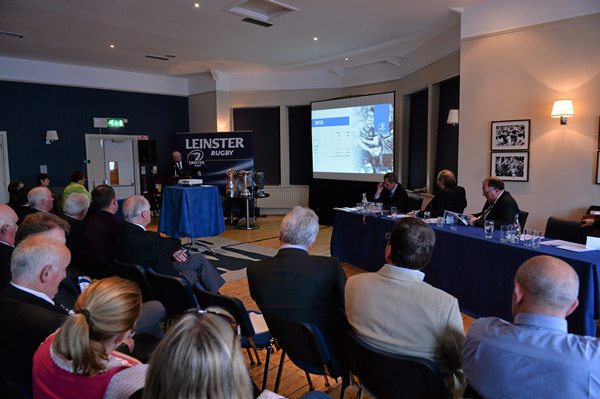 The Senior Vice President elected was John Glackin of Clontarf FC. John has been the representative of Clontarf FC on the Branch Executive Committee since 2009/10 having succeeded Finbarr Crowley who is now Chairman IRFU Management Committee.

For the first time the Junior Vice President elected comes from one of the Five Provincial Areas which is part of the Junior Section. Robert Mc Dermott of Edenderry RFC who is Chairman of the Midlands Area is the elected person to fill this position.

Under the revised Bye Laws of the Leinster Branch approved and passed in April 2009, the Junior Section shall have the right of nomination of the Junior Vice President at least every seven years.

The full list of Officers elected is as follows: