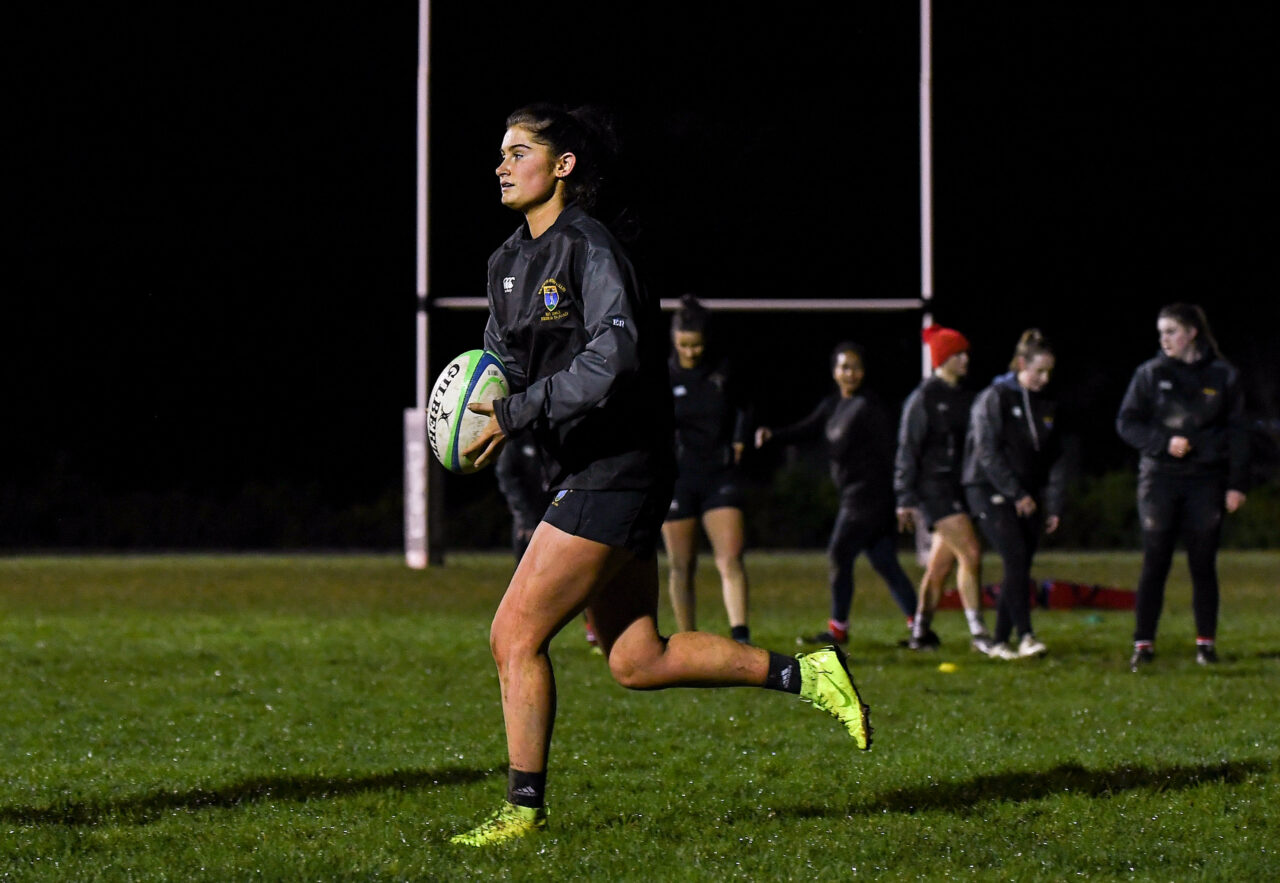 The world we live in is increasingly becoming all about the here and now, immediate gratification for what goes right, instant ingratitude for what doesn’t.

By its very nature, sport is a results-based business. Yes, even in the amateur arena. When the slings and arrows come your way, it is easy to lose sight of your target, to forget about the hard road travelled over many years and the grand plan ahead.

When Wicklow Rugby Club earned the right to represent in the Energia Women’s All-Ireland League, they did it not as a rising offshoot of the traditional, more influential men’s clubs.

They did it through the grind of years put down, the push to bring girls into the game, to make their club an equal rights place to play.

“In 2019, the IRFU decided to set up the 10-team All-Ireland League. They did so by inviting applications which was an interesting way of doing it,” says Wicklow club President Brian Clarke.

“We also have the facilities, three fantastic pitches, including a really good quality floodlit pitch, a brand new 1,500 square-foot gym, kitted out to IRFU senior standards, eight changing rooms, built partly to facilitate the growth in women and girls rugby.

“We approached the application to the AIL like a job interview, presented to the IRFU in the head office in Lansdowne Road.

“We shared the history of the club and the recent growth particularly from the women’s and girls perspectives and told them about our fantastic set-up for the youths and our ambition for the entire club.  We ticked a lot of boxes. That was it. We were in.” 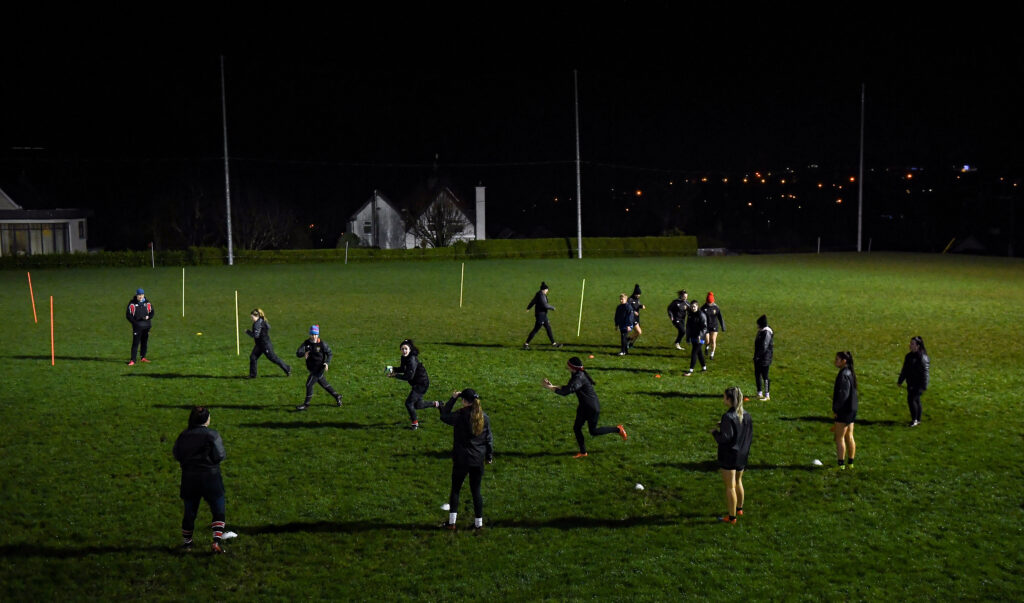 Getting into the All-Ireland League is one thing, competing as a legitimate force is quite another.

“The luck of the draw meant we had to play the four top clubs in the opening five rounds, three of them away from home. There was a sharp intake of breath when we saw that,” says Clarke.

It has been a sobering experience in this, Wicklow’s first proper season in the AIL. They have been humbled by the powerhouses of the AIL, losing out to Old Belvedere (63-0), Railway Union (142-0) and Blackrock College (63-0) in the opening three rounds of the All-Ireland League.

This brought with it a hail of criticism about mismatches and the merits of the All-Ireland League as the step below Interprovincial level, the Railway Union whitewash even drawing national headlines.

“In some ways, it doesn’t serve any purpose to go over the Railway Union match or, indeed, those three matches. We had to get on with it and get past it,” he says.

“We were invited into the competition. The other side of that is we accepted the challenge. To be beaten like we were against Railway would have damaged a lesser group of women.

“They are a hardy, determined bunch. The girls have done a remarkable job to take lessons from those games and apply them to the next challenge.”

In round four, Wicklow weathered that physical and psychological storm to come out on top against Malone 12-7 at Ashtown Lane.

“I think it showed we can compete at this level. It gave the girls so much belief. The energy at training is always good. but, it was so much better when doing it off the back of a win.

“The opportunity to play against better players has made our girls better. Their physicality and the speed of the game has increased. You could say we are learning as we go.”

Since then, a further setback against UL Bohemian, where the match points were conceded due to Covid-related issues and key position unavailability, was encouragingly followed by a bounce-back win over Ballincollig (15-10) at home earlier this month.

The club is going places. There is a pathway there as evidenced by the graduation of Ella Roberts to the Ireland senior squad and that of Vicky Elmes-Kinlan to the Ireland Sevens squad.

“It does make a difference. We have all the girls on the U-14s, U-16s and U-18s looking at Ella and Vicky, showing how they can do it too. It is fantastic for those girls. 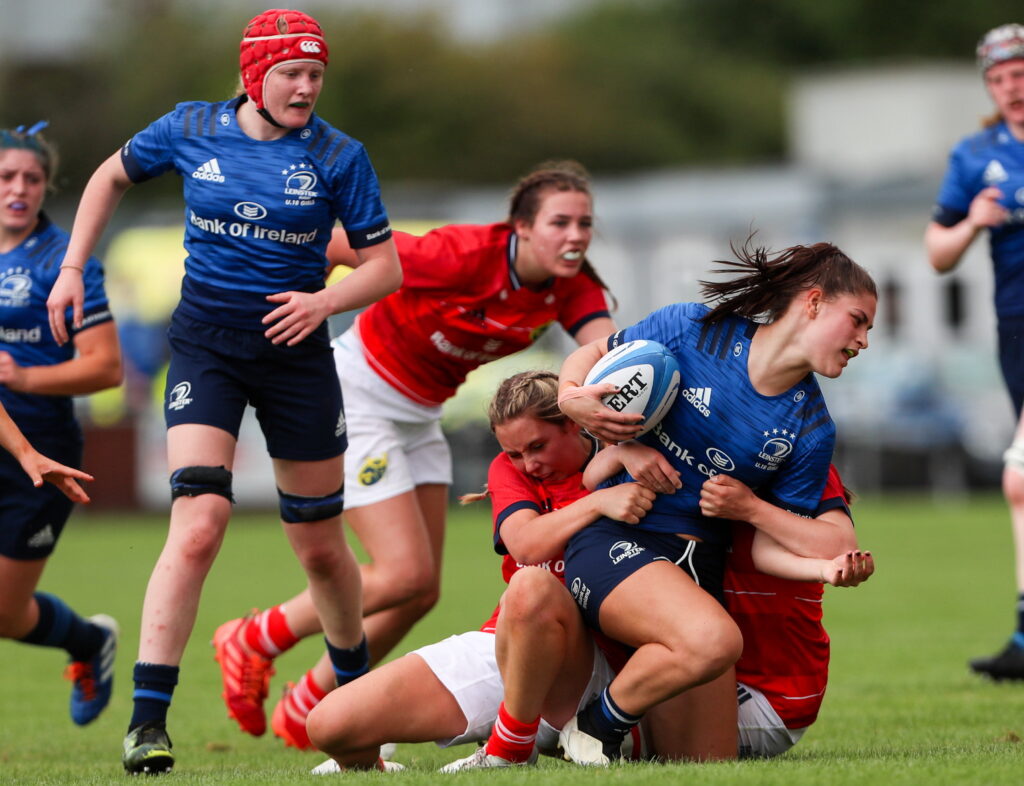 “Instead of looking to faraway fields to progress, they can reach their potential within Wicklow where they have all their family and friends.”

More than that, Roberts and Elmes-Kinlan have an eager army of young athletes, who are making serious strides at the age grade levels.

“We have one of the biggest girls sections in the country,” he adds.

“In 2019, we went up to Energia Park to see our U-14s, U-16s and U-18s all win their respective Youths Cup finals on the same day. That confirmed the work that had been done, leading to a conveyor belt of girls coming through the club.

“The first girls’ team in Wicklow RFC was launched over 15 years ago in 2005. Many years of hard work, fielding underage teams are now paying dividends as these players are finally feeding into the adult set up.”

The increase in numbers is impressive, the total playing members jumping from 335 five years ago to 755 this season. The biggest hike is at the ‘Kinder’ or minis section, from 135 to 269.

This has led to an increase in representative honours whether through the collective success of the club or through that of personal progress.

There is buy-in from everyone at the club as the men of Wicklow continue with their ambition to eventually join the AIL ranks.

“On the social side of things, for the first time in a while, there are a lot of the men and women players in their 20s. There is a good relationship there,” attests Clarke.

“The men’s team turned up for the Blackrock and Malone AIL games and actually cheered Malone and Wicklow off the pitch at the end of that game.

“That support has been reciprocated by the women and it has brought great energy and life to the club.”

A club working towards an even brighter future because it has a plan that stretches far beyond the here and now.