Newbridge College ease into Second Round after Defeating Pres Bray 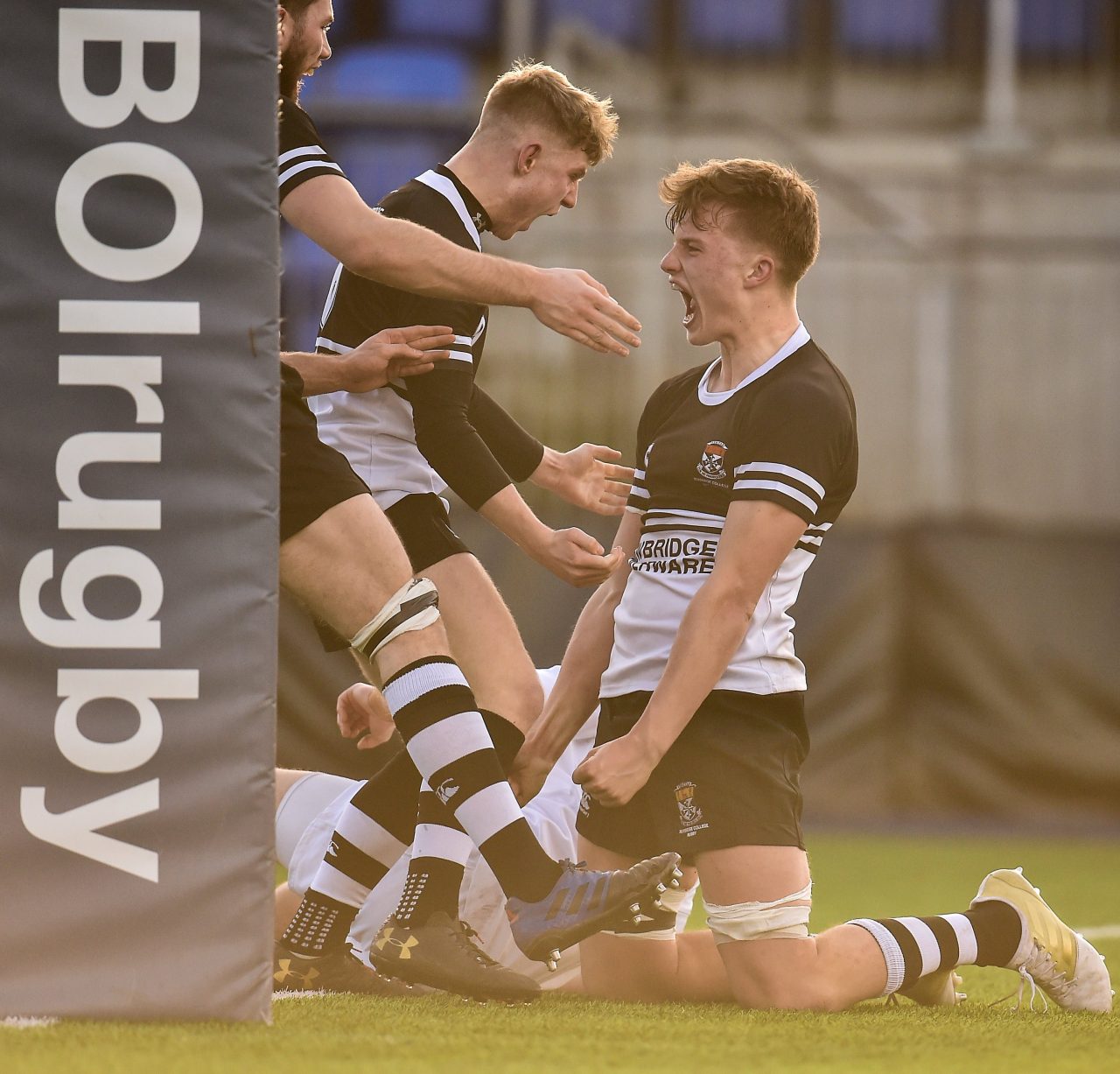 It was out-half Luke Maloney’s willingness to test out ‘Pres with his breaking game – not once, but twice – that resulted on the opening try in the seventh minute. 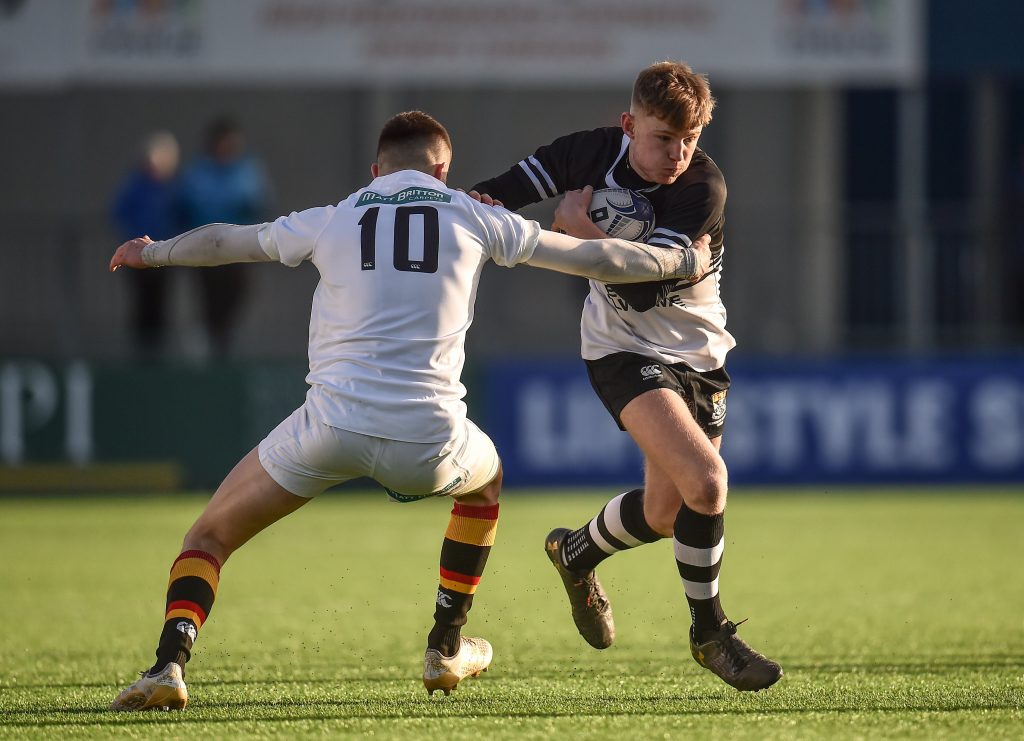 Maloney was back for more when taking an inside ball from scrum-half Doyle to go close again.
The pressure was on ‘Pres and they had to withstand Luke Rigney’s size and yet another dart from Maloney, full-back David Maloney shepherding him to safety.

Then, ‘Pres scrum-half Ben Murphy and lock Jack McGrath bundled hooker Larry Kelly into touch.
The Wicklow boys just couldn’t get out of their 22 as Maloney nailed an exquisite kick to keep the pressure on.

Eventually, the continuity drew in defenders for flanker Oisin Halpin to release centre Karmon Fitzgerald for a beautifully worked try, converted by Maloney for 12-0 in the 20th minute. 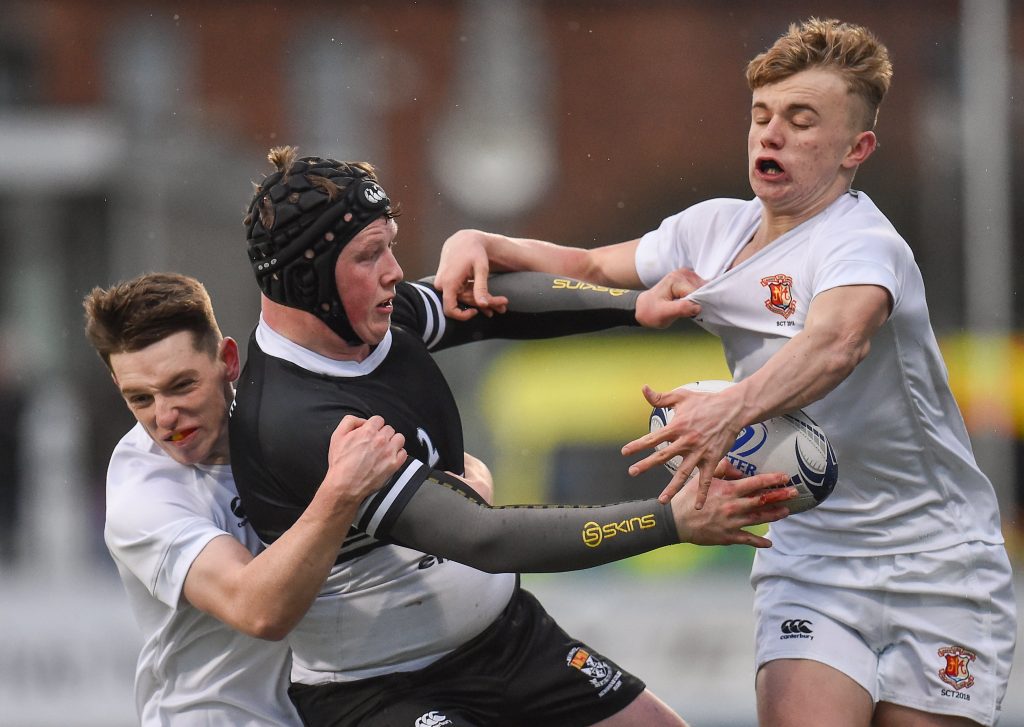 The ability of Newbridge to hold onto the ball tested ‘Pres patience and put a priority on holding onto limited possession.

The ‘Pres boys stitched together a sweet move in which Mick O’Gara burst up the middle only to lose control of the ball when going to ground from full-back Donal Conroy’s tackle.

At least, it was something to build on and they came again through full-back David Maloney to force a penalty which O’Gara could not make into the wind. 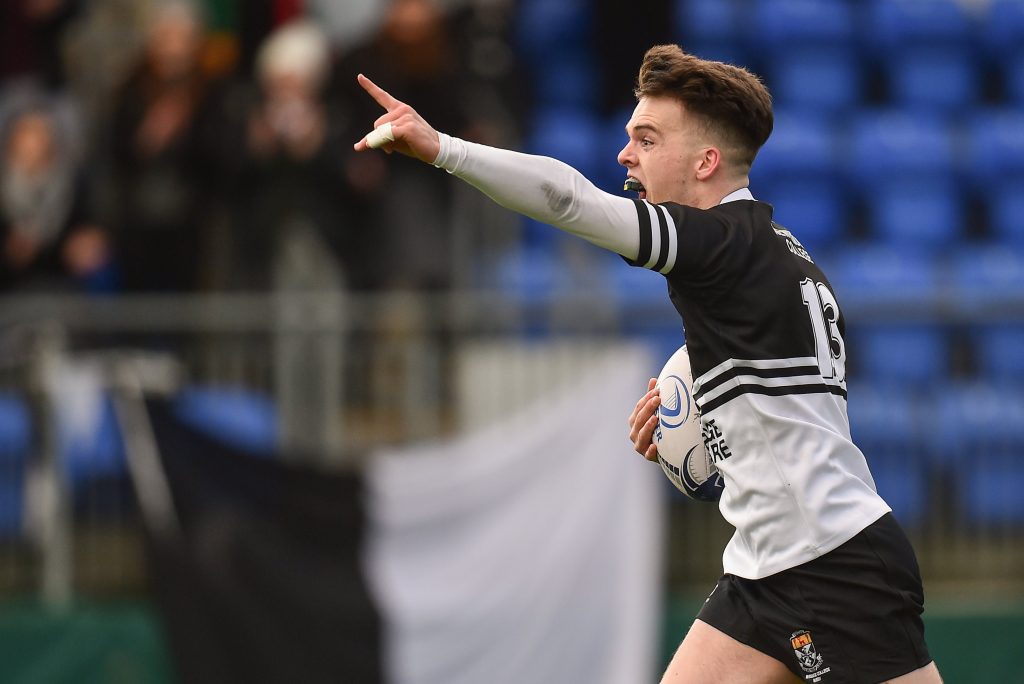 Once again, Doyle’s inside pass unbuttoned ‘Pres and captain Cian Prendergast beat three defenders for a fine individual try converted by Maloney for 19-0 at the break.

The Boys from Bray had to show a reaction, unfortunately the basics of handling and passing deserted them, inviting Maloney to lengthen the lead from a penalty in the 42nd minute.

It was fast turning into one-way traffic when Fitzgerald seized on a blocked kick to accelerate away to the posts for Maloney’s extras to make it 29-0 in the 46th minute. 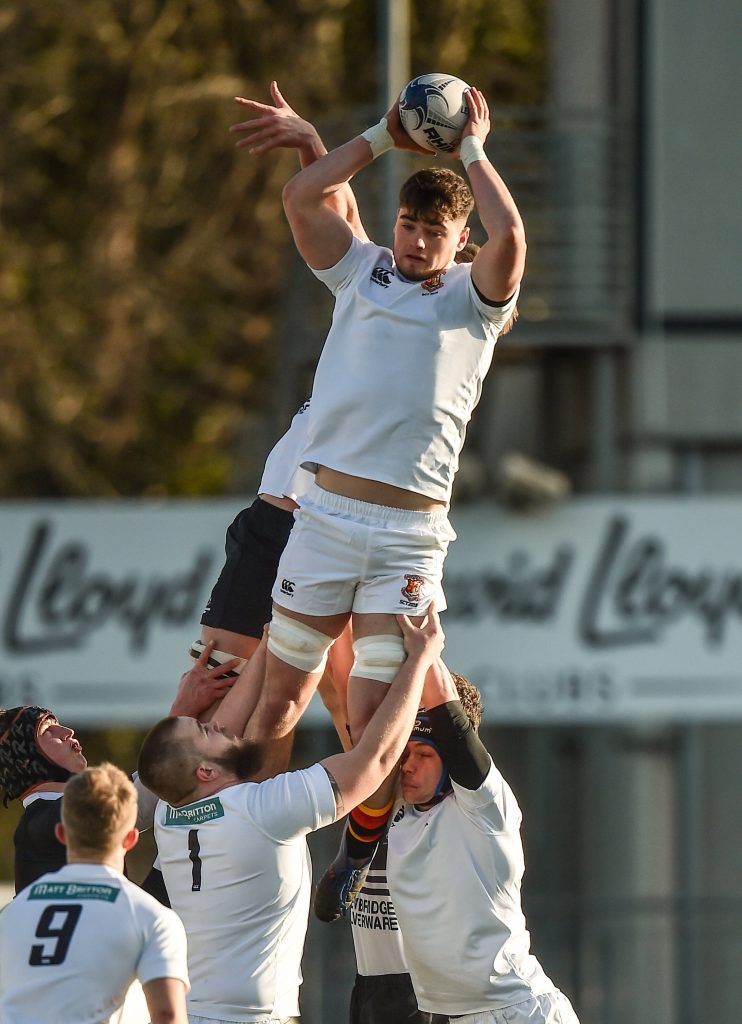 Suddenly, ‘Pres started to hold onto the ball to ask questions and Newbridge lost prop Thomas Grant to the bin for playing the ball from an offside position.

All the while, ‘Pres could not find their groove in the face of a stiff defence, led by Muiris Cleary and Eimhin Conroy.

A moment of magic from Maloney was good for 20 metres and replacement Robert Scully was left all alone to make the left corner for Maloney to convert from the touchline. 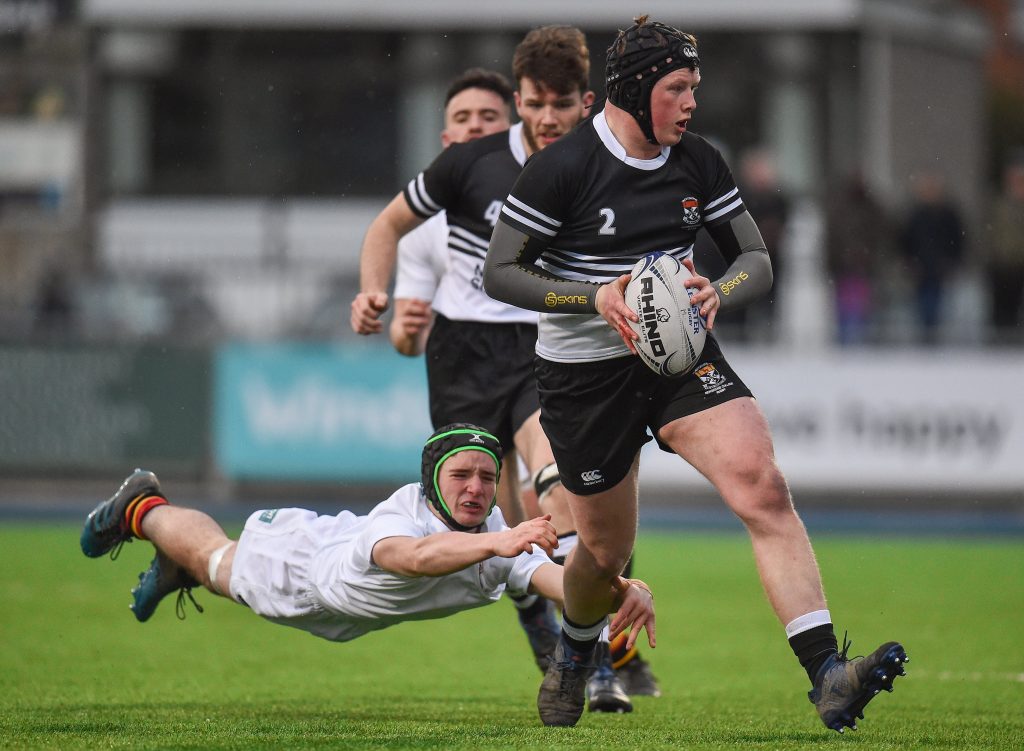 Two games will take place tomorrow in the Bank of Ireland Leinster Senior Schools Cup between Clongowes Wood College v The Kings Hospital in Clontarf FC kicking off at 3pm while St Fintans High School take on St Geards School in Donnybrook at 3pm and be sure to tune in to eir sport if you can’t make the game, as the Donnybrook fixture will be showed live on eir sport. Passes to the Bank of Ireland Leinster Rugby Schools Games can be purchased in Spar Shop, Donnybrook and admission to each game can be paid on the gate.