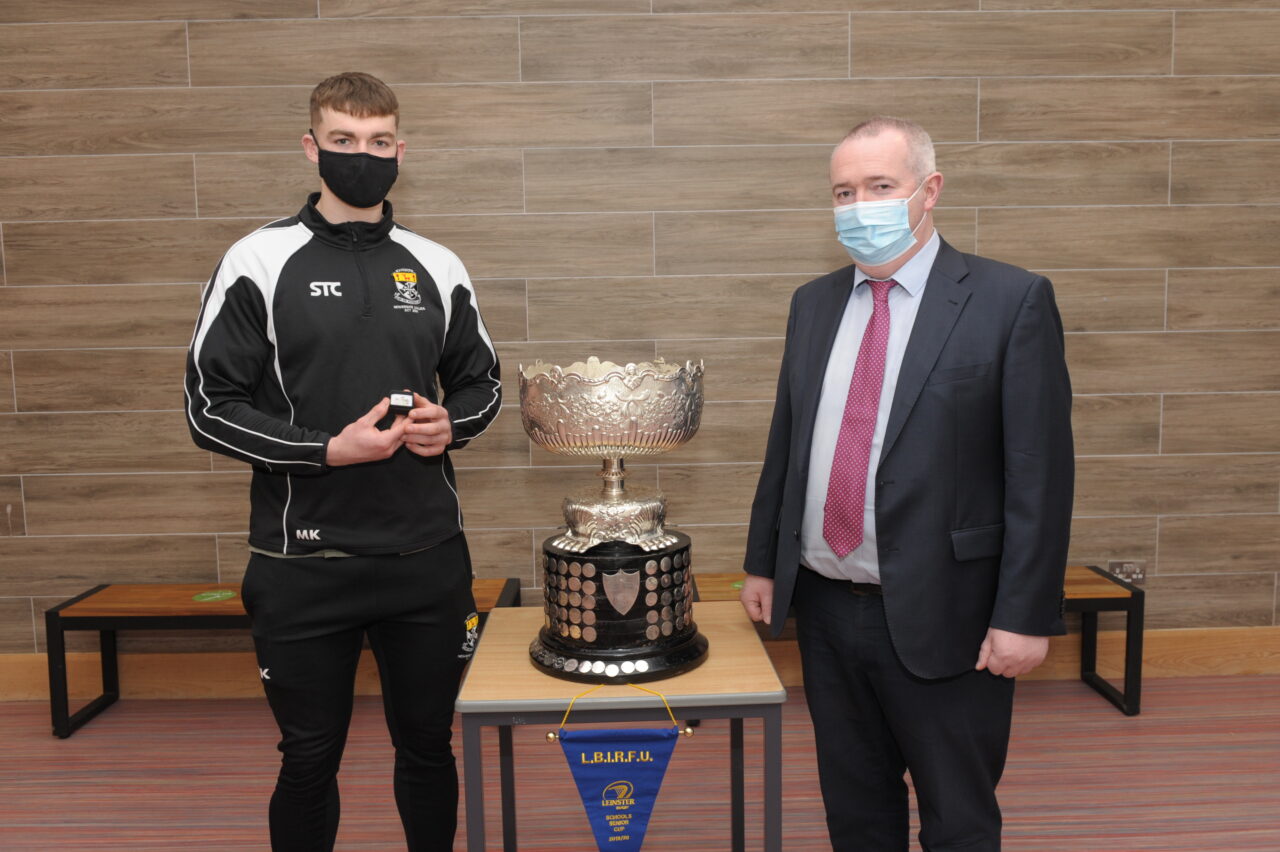 During December, Leinster Rugby made a special presentation of medals to both Newbridge College’s 2020 Junior and Senior Cup teams.

Both the Bank of Ireland Leinster Rugby Schools Junior Cup and Senior Cup lifts took place and the teams were presented with their medals, after reaching the final of both competitions for 2020.

Conducted in line with Covid protocols and guidelines, the Junior Cup squad were presented their medals first and captain Ruairí Byrne gladly accepted the Leinster Junior Cup from the former President of Leinster Rugby, Robert Deacon (2019/20).

Later the Senior Cup squad received their medals. Dónal Conroy (vice-captain) deputised to receive the Senior Cup from Robert Deacon. Captain Marcus Kiely received his medal from Pat O’Brien (Newbridge College Principal) at a later date due to his involvement with Leinster Rugby ‘A’ at the time of the initial presentation.

A unique season, extraordinary circumstances, but a fantastic achievement nonetheless by both the school’s Junior and Senior rugby teams.

Congratulations to all in Newbridge College on their success.