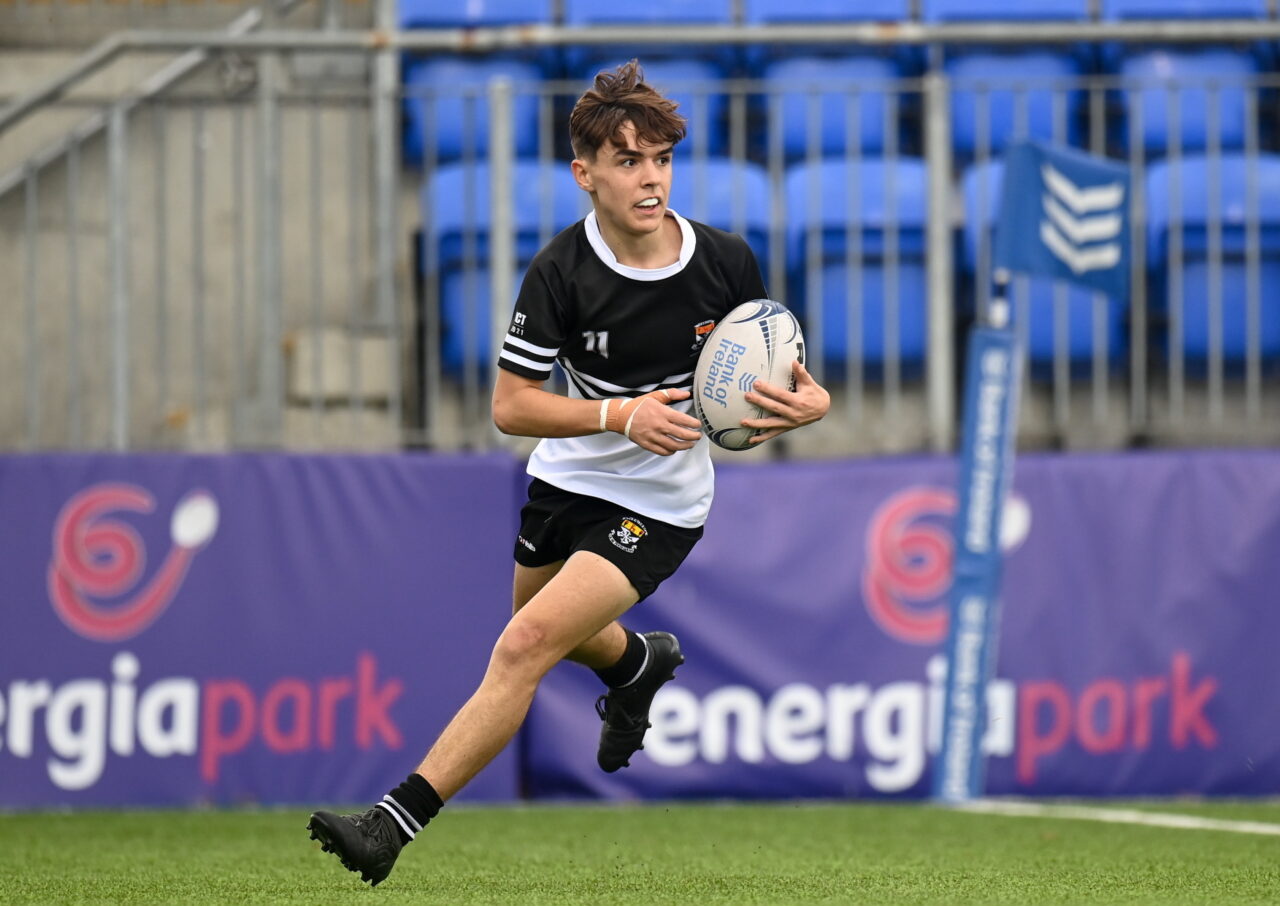 Paddy Taylor grabbed a hat-trick and Josh Montgomery a brace as Newbridge College completed the quartet of schools through to the Bank of Ireland Leinster Junior Cup semi-finals.

On a beautiful afternoon, Belvedere were straight into the action, wing Gordon Barr gobbling up the kick-off just outside the 22 where an ankle tap on full-back Hugh Fitzgerald saved an early try.

Newbridge absorbed that shock to the system and hit back with slick handling, wing Dara Cosgrave’s long ball and Taylor’s chase and capture of Fitzgerald.

The Belvo full-back was at it again, accelerating down the left where loose-head Tadhg Kelly somehow got back to thwart Fitzgerald.

It was end-to-end, Newbridge next on the ball, out-half Taylor sneaking yards around the fringes and was able to spin away from tackles to finish the job in the 10th minute.

Newbridge looked to hammer home their advantage, Taylor guiding the ship in the face of Belvedere’s tenacity, led by prop Alexander Usanov.

In a flash, scrum-half Daniel Connolly worked the short side to put Taylor flying into the right corner, converting immaculately from the touchline to increase the lead in the 16th minute.

Barr flashed up the right for Belvo. They just couldn’t sustain their attack. Taylor took off again with Cosgrave on his shoulder.

Still, Barr countered from a kick and Andre Ryan took a hard line that attracted a high tackle by Conor Hanly, the second row seeing yellow as Ryan nailed the penalty for 12-3 in the 23rd minute. 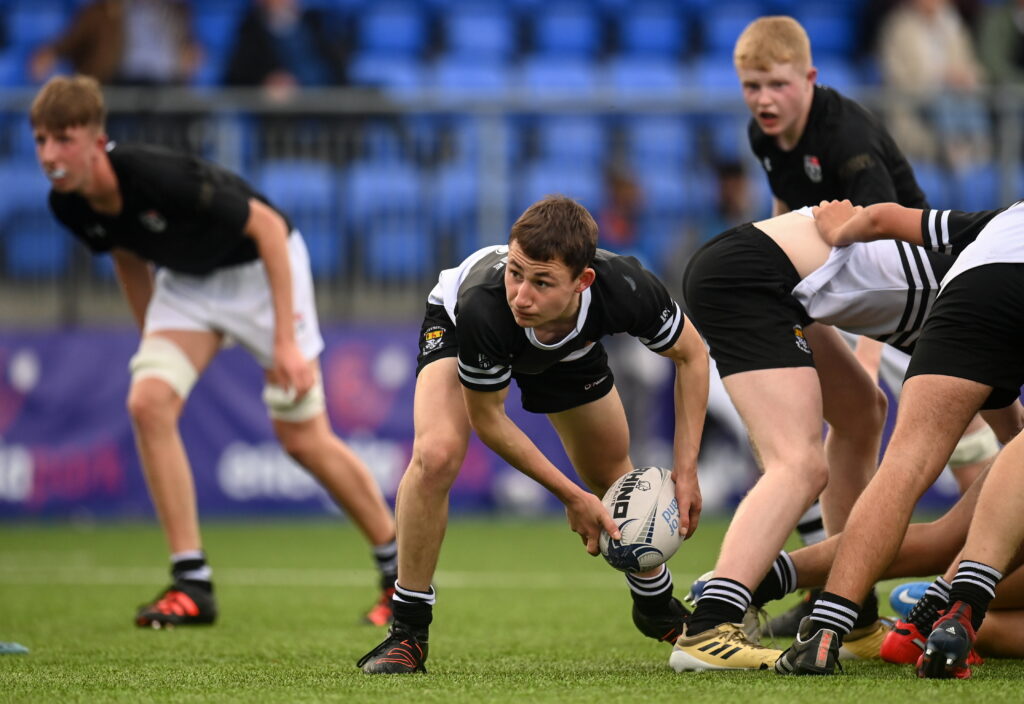 Then, Connolly exposed the short side again. Ciaran Mangan shot into space, having the wherewithal to slip the ball to Josh Montgomery for the third try, Taylor adding the extras in the 27th minute.

The footwork of Mangan was exquisite in the lead up to the fourth, Taylor showing his own fizzing feet for a mesmeric try to make it 24-3 at the break.

Belvedere had to strike quickly. Instead, Newbridge stayed on point to force a penalty for Taylor to slot in the 32nd minute.

A typically fierce tackle from Usanov earned a penalty and a shot at something substantial.

But, Newbridge were as eager in defence as they were in attack, scrum-half Connolly going in low and hard.

Fitzgerald almost got away from Taylor. Usanov made a gain out of lost yards with his refusal to go to ground and Fitzgerald put Barr away for a superb finish in the right corner.

In addition, Frankie Lyons broke away up the left and Usanov was on the premises to add to the counter in a true sign of character.

There was further momentum for Belvedere when Connolly was binned. Fitzgerald came within a whisker of a try when unable to control Matthew Doyle’s magnificent cross-field kick.

Ryan’s timing onto Doyle’s flat ball was dealt with by Taylor, clamping down for a turnover penalty which the out-half used to boot Newbridge out of trouble.

There was a flow to their game, Mangan dancing free, Montgomery and Paddy Forde making inroads.

Even when Fitzgerald threatened from a kick, Taylor responded up the right, finding Kyle Kelly in support, who was corralled by Ryan.

Newbridge tried the other side, Munnelly nearly putting Cosgrave in at the right corner flag, leaving Montgomery to provide the cherry on top with Taylor converting in the final minute.