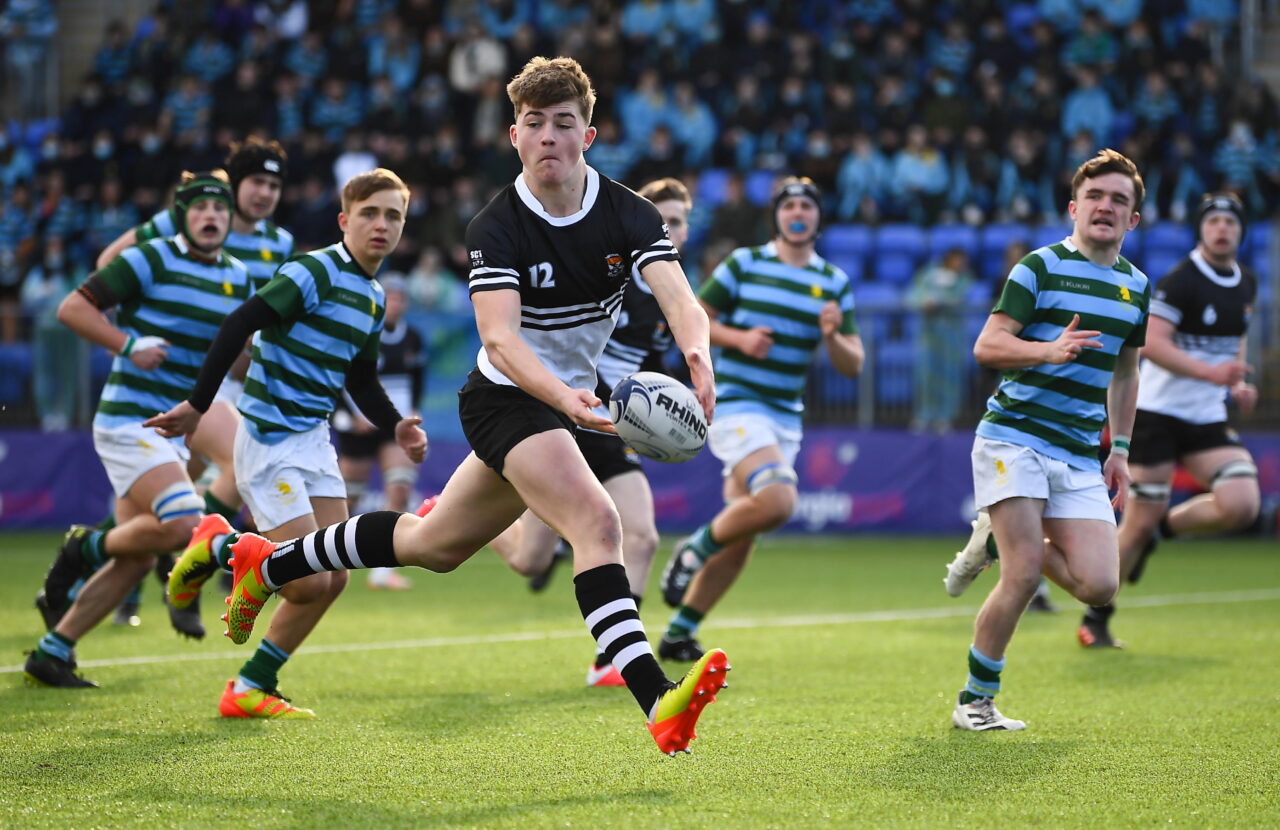 A fast start by St Gerard’s, mixing up physicality with a running outlook in behind, was underpinned by the kicking game of scrum-half Jordan Younger.

They earned a penalty on their first genuine foray, Younger pushing the kick right of the posts when the ball seemed to move on the tee.

Newbridge were clinical in their opening attack, Paddy Taylor releasing centre Tom Waters on the right for Ciaran Mangan to make serious headway.

The ball was swung back to the left where the three-quarters used their short passing game for Todd Lawlor to score in the left corner, Taylor nailing a difficult kick for 7-0 in the sixth minute.

The blustery wind was a factor at the lineout, St Gerard’s struggling to win their own ball and Newbridge’s Diarmuid Enright going out on the full.

Centre Callan O’Reilly was proving a handful on the ball, while the ‘Bridge’s captain Kieran Kelly was feasting at the breakdown.

The skills of Taylor were a delight, the out-half flinging a masterful miss-pass to Mangan, as both schools were finding continuity difficult.

St Gerard’s work on the floor was rewarded when Younger launched a tremendous penalty kick to touch where Max Barry stole the throw.

However, they stayed in position for O’Reilly, Shay O’Keefe and Patrick Harrington to go close to freeing up Marcus von Teichman.

Immediately, Newbridge turned a dropped ball into a try when John Collins hacked ahead and Mangan collected the bobbling ball to wheel away from the cover for 12-0 in the 23rd minute.

It was Taylor ‘jackaling’ a penalty out of Rory O’Connell to generate a powerful maul that required Shay O’Keefe to drag Lawlor into touch.

A thumping Tim Wilkinson tackle on Mangan was supported by Harrington winning a penalty for Younger to send a kick to the corner.

O’Reilly barrelled forward towards the posts and Younger changed direction for No 8 Luke Long to dive over on the right on the half-hour. 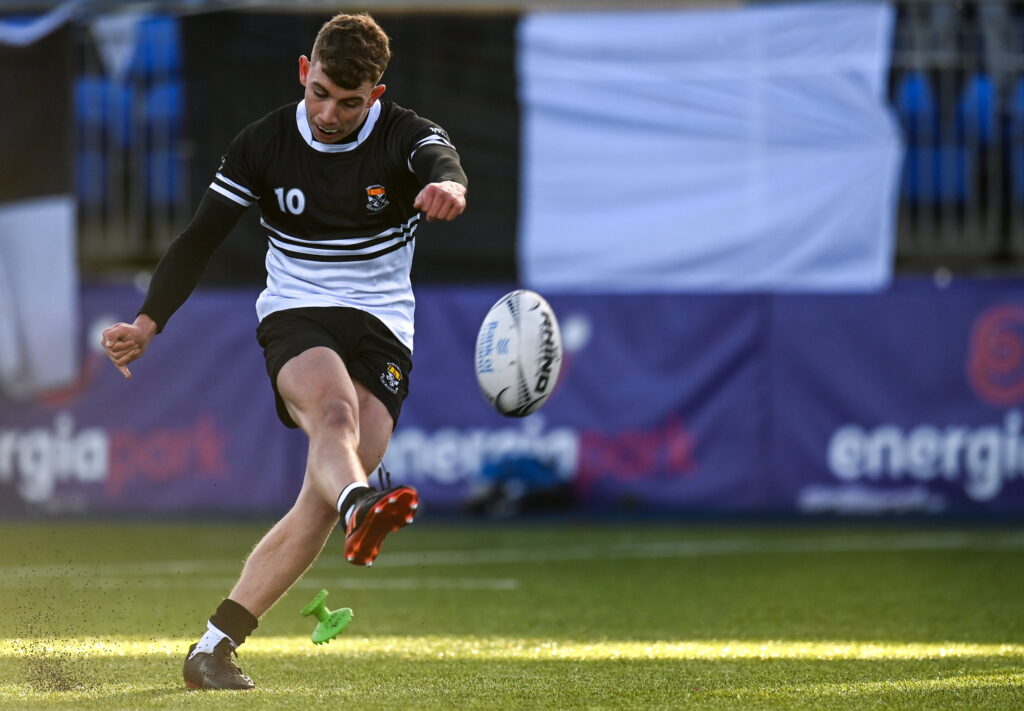 When the wind took the ball out of play, Newbridge twice looked to their maul and a five-metre scrum, centre Waters driving the ball up and temporary replacement Sam Watson powering over for Taylor’s conversion to make it 19-5 at the break.

The Wicklow school came out of the blocks sharply, Wilkinson doing damage on the right and O’Reilly on the left, while they also flooded the breakdown to cause a turnover.

O’Keefe’s sharp line onto the ball came to nothing when the supporting cast went off their feet at the ruck.

Newbridge’s Calum Bolton got every inch out of a kick to the corner where hooker Byrne was binned for a side entry into the maul.

It was a perilous position, Adam Larkin-Smithers making two breaks and captain Kelly crashing over for Taylor to convert in the 55th minute.

The direct carries of O’Reilly and Long led to a try by prop Fionan Denver, converted by Younger for 26-12 in the 59th minute.

It wasn’t quite over as Newbridge began to give up penalties. Long and Wilkinson ripped through the defence only for Watson to counter-ruck for a penalty.

A super-athletic surge by lock Shane Treacy yielded the fifth and final try when the same man came hard onto the recycled ball in the last play of the game.