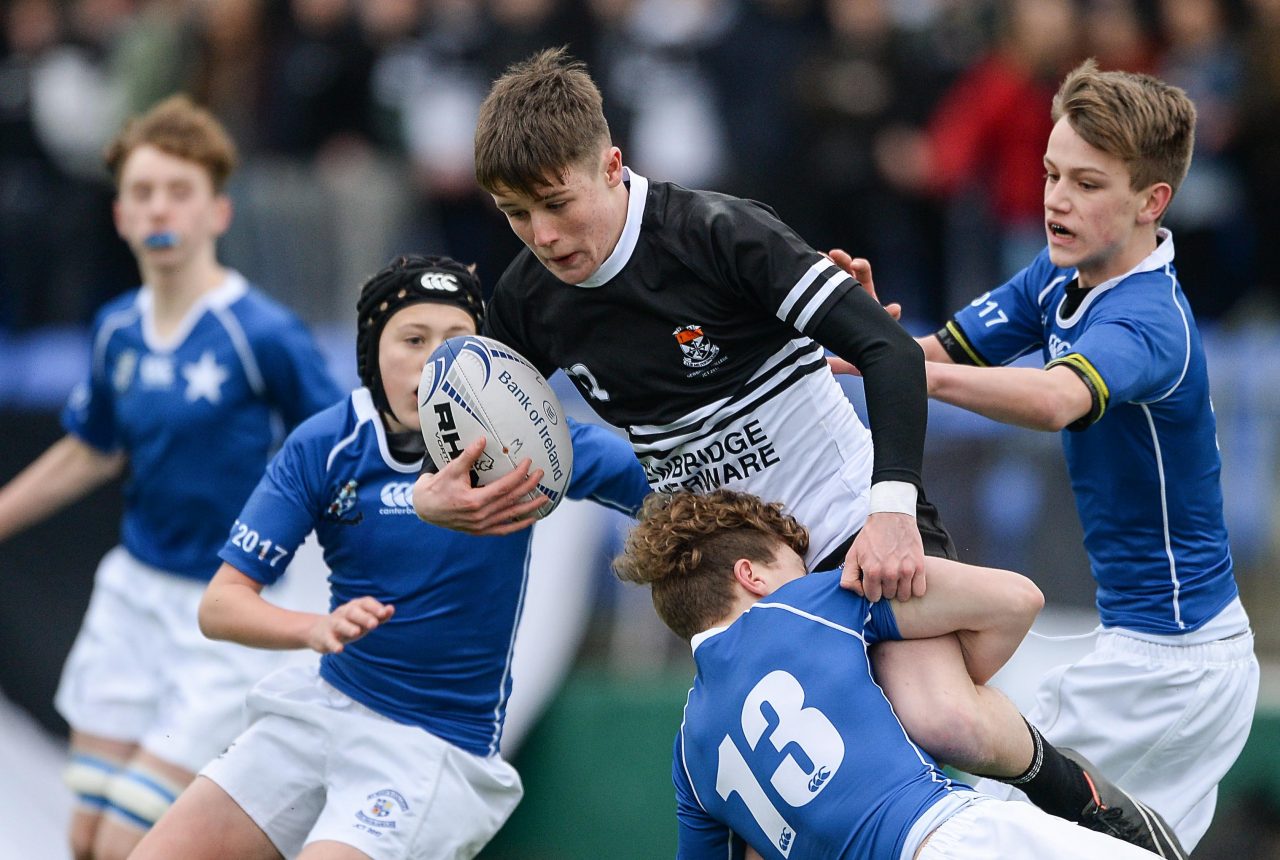 The League winners were on the verge of conceding the opening penalty when St Mary’s centre Barra O’Loughlin’s kick rebounded off the crossbar.

St Mary’s gathered the loose ball and moved it right where Newbridge centre Donal Conroy picked off an interception to accelerate 80 metres all the way to the posts.

Out-half Sam Cahill converted for 7-0 in the sixth minute. 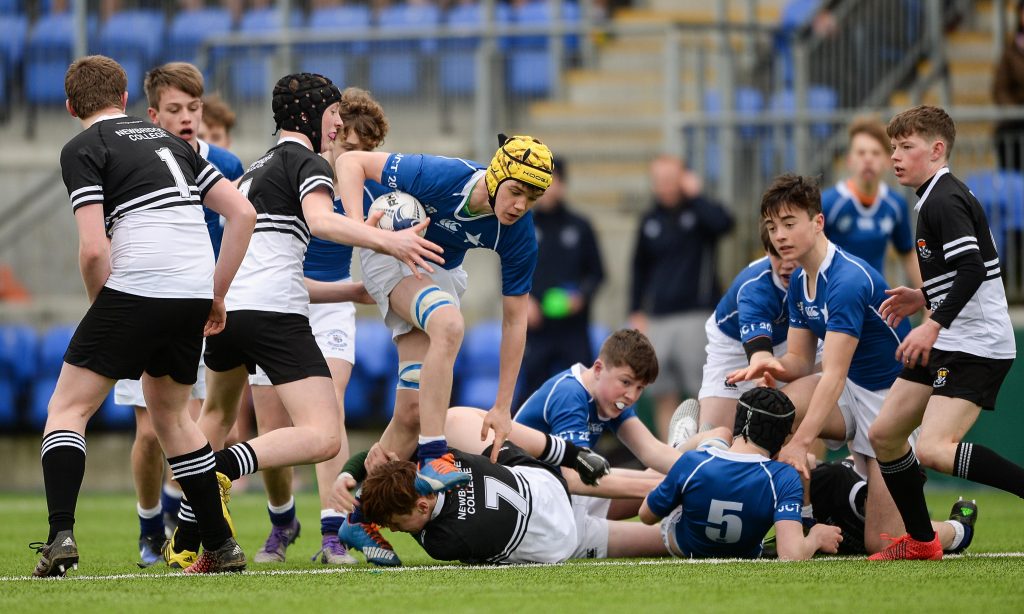 This was countered by relentless pressure from St Mary’s as their pack went to work around the fringes with lock Daniel Leane and number eight Adam Sloan leading the charge.

It was enough to draw a yellow card out of flanker Conor McGroary.

But, the St Mary’s lineout was out of sync even though flanker John-Luc Carvill and wing Damir O’Grady were stopped right on the line.

It was as close as they came with Newbridge’s Jack O’Connell taking them away from trouble with his hard carrying before the number eight was forced off with an injury in the 20th-minute in what was a big blow. 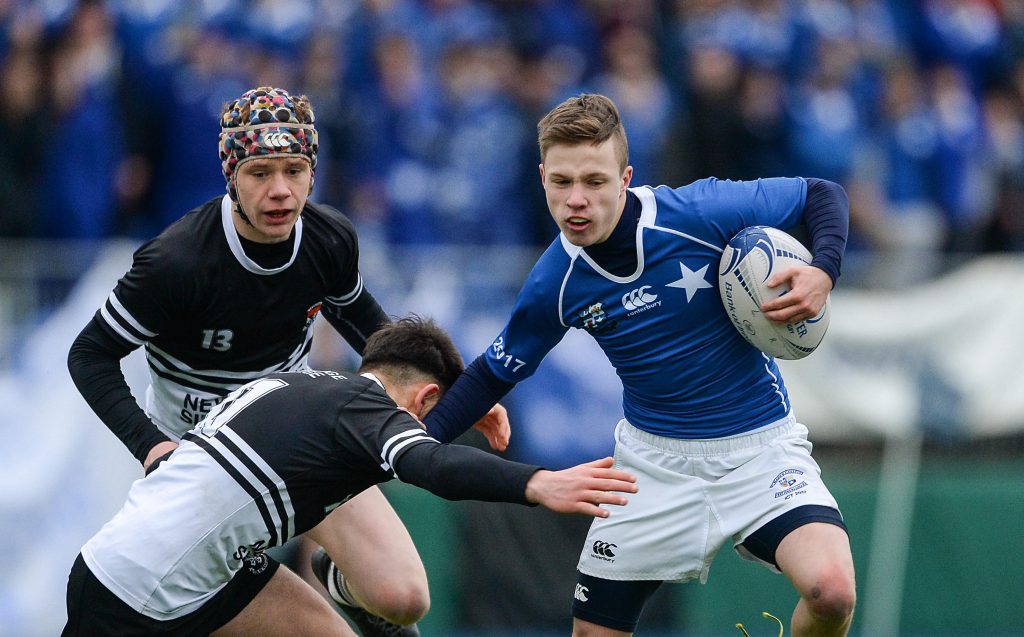 St Mary’s went into overdrive from a maul to make 20 metres which culminated in the binning of prop Christopher Hart.

They looked primed to strike back until second row Patrick O’Flaherty brilliantly ruined their maul for a turnover.

St Mary’s came out re-energised for the second-half, scrum-half Seanan Devereux and prop Leon Wachuku putting them on the front-foot.

Not for the first time, their attack broke down and full-back James Gaire instigated a quick counter, slipping a pass to captain John Shanahan, who had the speed to outflank the defence for Cahill to double the lead in the 34th minute. 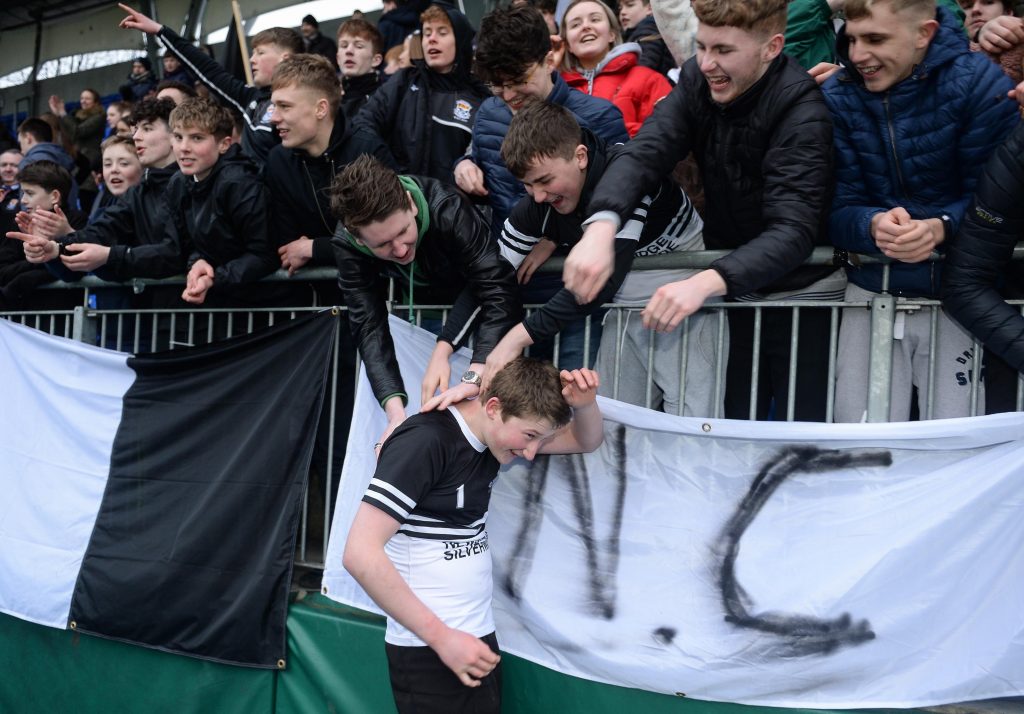 The game was put beyond reach when McGroary surged through a tackle for territory and scrum-half Cormac King seized on a loose ball on the floor to steal home for the third try for Cahill to make it 21-0 in the 44th minute.

St Mary’s had to do something. Their flanker John-Luc Carvill took a quick tap penalty and prop Wachuku came within a foot of the line.

A five-pointer looked imminent until O’Flaherty earned another turnover in the tight exchanges.

You had to feel sympathy for St Mary’s replacement Robert O’Connell when he was tackled into touch at the corner in injury-time.