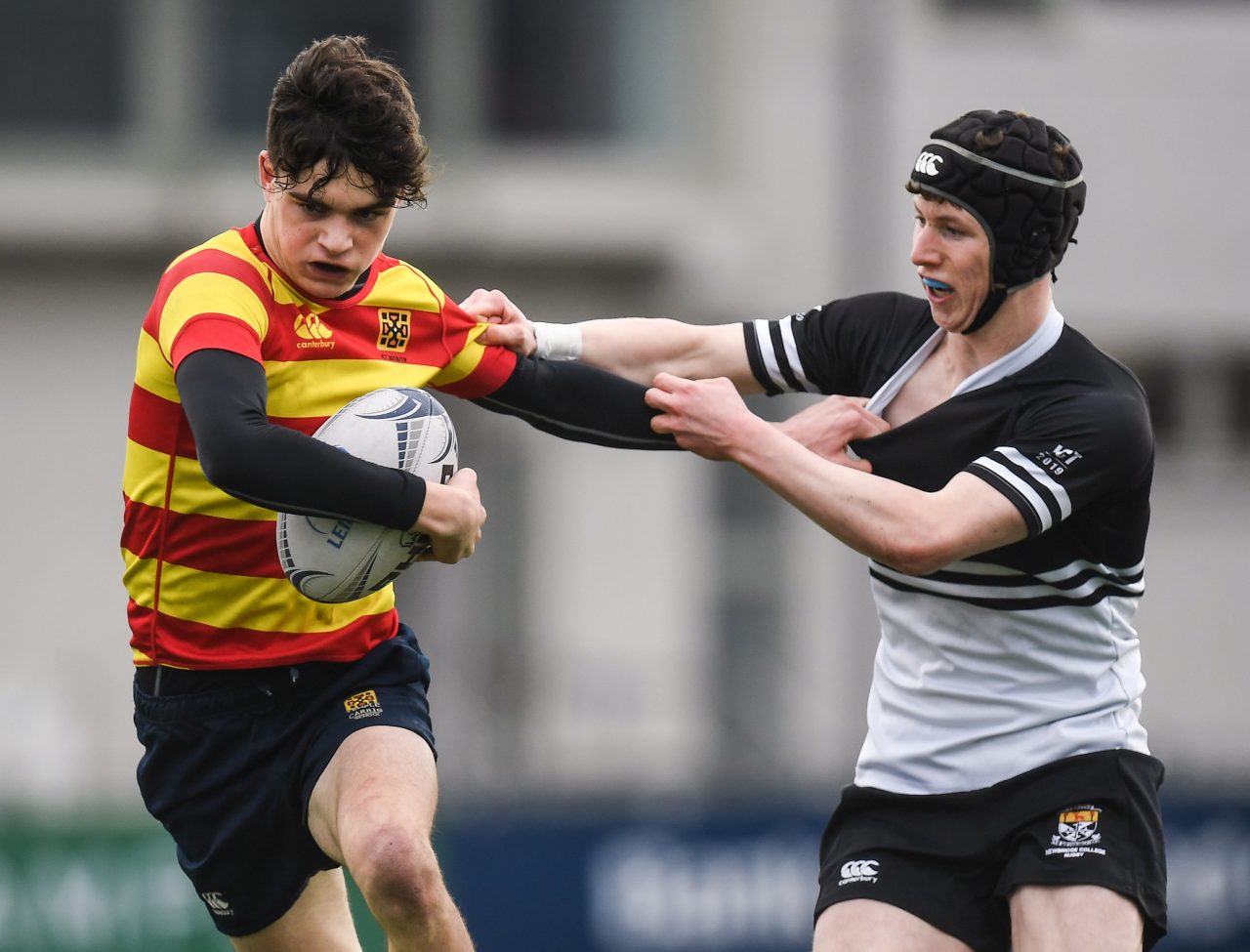 Newbridge College are through to the quarter-final stage of the Bank of Ireland Leinster Schools Junior Cup after beating Temple Carrig at Energia Park.

A try from Lucas Berti Newman in the last play of the game snatched victory from Temple Carrig.

The Greystones school had started with a spring in their step and found themselves outnumbering Newbridge out wide very regularly.

The first to profit from this advantage was Max Scully who rode a couple of tackles before crossing the whitewash in the corner.

The lead was doubled in the 25th minute when Conor Cunningham got on the end of a lovely sweeping move to touch down.

Max Young got their first points with a 29th minute penalty to settle them before the break.

He added another three soon after the restart as the game slowly became a battle of wits.

For the remainder of the half, Temple Carrig were required to stand tall in defence which they did admirably until the 60th minute.

Under constant duress, the Temple Carrig defence finally gave way and Berti Newman was able to touch down and clinch the win for Newbridge.