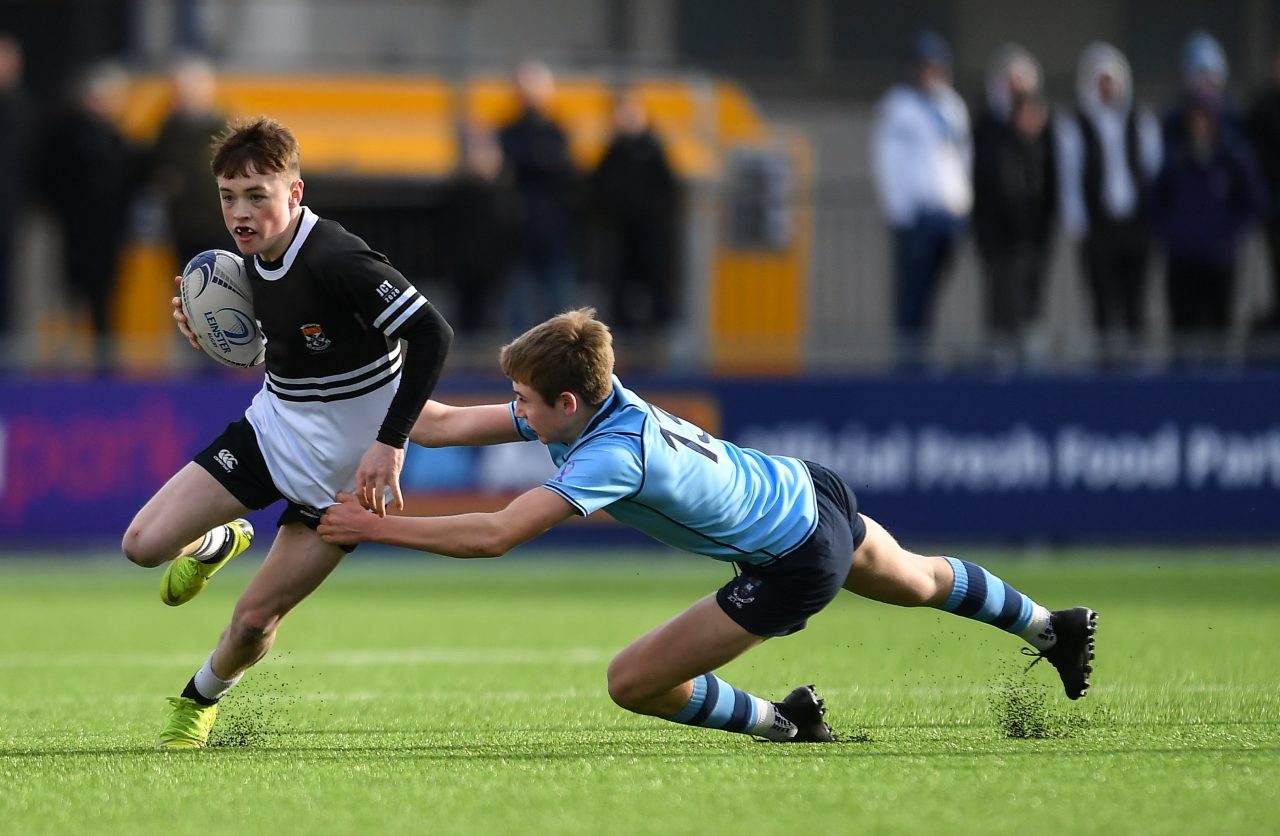 Replacement Michael Collins scored a wonderful penalty with the final kick of the game in what was a manic final 10 minutes where the lead swapped hands four times.

Jules Fenelon thought he had won it for St Michael’s with his penalty in the 59th minute only for Newbridge to forge one last chance, which Collins duly converted.

An early penalty had opened the scoring for Michael’s after a couple of drives in the Newbridge 22 had been rebuffed, Fenelon was successful from the tee but that only sparked Newbridge into life.

Their first venture into St Michael’s territory proved a very worthwhile one for Newbridge as they came away with the game’s opening try.

A lightning break from full back Tadhg Brophy made the hard yards before he popped the ball outside to centre Harry Farrell who brought it to the line.

Adam Larkin-Smithers thought he’d scored their second just moments later but his spectacular grounding was ruled out with a lineout awarded to the defence instead.

Michael’s struck again soon after when out-half Mark Canniffe showed his pace and power in bursting through the Newbridge line before handing off to Andrew Cosgrave who dotted down to restore their advantage.

That effort went unconverted but it was still enough to carry Michael’s to half-time in front, despite the best efforts of the lively Brophy for Newbridge.

Michael’s started the second half in control and immediately looked to extend their advantage but, credit to Newbridge, the Kildare school stood tall and won the penalty underneath their own crossbar to alleviate the danger.

The pick and go rugby being played by Newbridge was testing Michael’s combativeness.

The Ailesbury Road school were then reduced to 14 when second row Michael O’Reilly saw yellow for a dangerous tackle.

Just before the numbers were evened up again, Newbridge nudged ahead thanks to Farrell’s second try of the day, barging over underneath the posts.

Again, Michael’s hit back with speed and hooker Matthew Furlong lifted their spirits with a try in the 52nd minute, Fenelon’s conversion making it 15-12.

As was the nature of this game though, the Kildare students jumped back into the lead again with Ronan McGroary’s burst down the blindside following a lineout notching their third try.

Fenelon looked to have won it with his penalty inside the final minute but then Collins was given the opportunity from 35m and he drilled a low penalty straight between the posts.