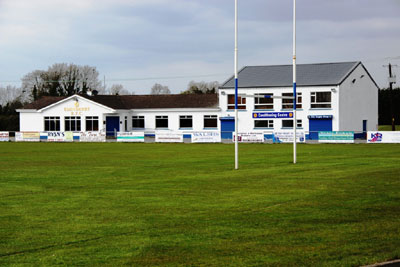 Edenderry Rugby Club is the venue for this Sunday’s Newstalk Provincial Towns Cup Final when Dundalk and Tullamore do battle in one of the big rugby days of the year (KO: 3.30pm)…

The Blue Riband event was last held at the Carbury venue in 1975 and their recently improved facilities should ensure an enjoyable day for all who attend or participate.

The finalists have been to the fore of this great competition over the years with Dundalk having won the fabled pot nine times while Tullamore have been successful on four occasions.

Indeed they have both been prominent in Division 1A of the Leinster League this season, Dundalk finishing second and Tullamore fifth with each team convincingly winning their home game when they clashed.

The county Offaly club has the better recent record having beaten the county Louth side at the semi final stage both last season and the season before while Tullamore last won the Cup as recently as 2006; Dundalk will be trying to bridge a 24-year gap since their last success in 1987.

It has the makings of a great final and, as importantly, it will be a great occasion.