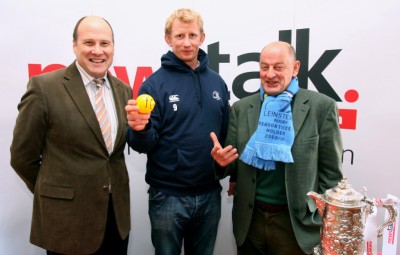 All 1st round fixtures in both competitions will be played on Sunday, 31st January with the home side having been drawn first in each instance. There will be a new draw after each round of both competitions.

As usual there are a number of eye-catching ties; 2008 beaten finalists Tullow at home to Leinster League Division 2 runaway leaders Portarlington was not alone the first game drawn but there is arguably likely to be no more keenly contested 1st round clash.

Eleven-time winners Skerries have been drawn at home to Athy, another club with a proud record in the Towns Cup having won the fabled pot on five occasions.

There is a local derby when Rathdrum when Arklow are the visitors while Kilkenny will relish the challenge posed by Division 1A high-flyers Dundalk.

Holders Boyne were awarded a bye into the 2nd round where they will be joined by either Cill Dara or Tullamore – if Tullamore beat Armagh in the AIB Junior Cup semi final and qualify for the final on 30th January they will advance automatically, otherwise it will be the Kildare Town club.

The following teams have been awarded byes into the 2nd Round: Boyne, Cill Dara / Tullamore (depending on Tullamore’s progress in the AIB Junior Cup, the final of which is on Saturday, 30th January)

Meanwhile, the visit of Blackrock College to St Mary’s College is the mouth watering clash in the opening round of the Metro Cup while holders Lansdowne will know what to expect when the side they beat in last season’s quarter final Coolmine are their visitors.

Leinster league Division 1A leaders and last season’s beaten finalists Seapoint were awarded a bye into the 2nd round where they are joined by ten more teams.