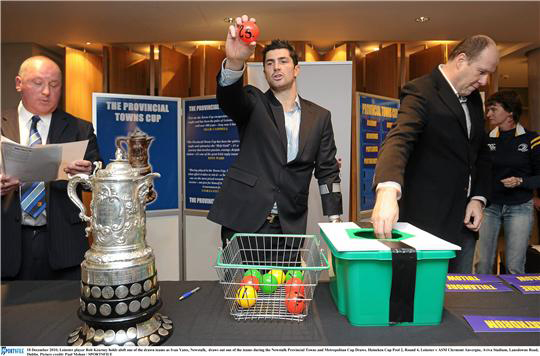 Leinster Branch President Kevin Fitzpatrick oversaw proceedings and special guest of honour was Ciaran Fitzgerald who drew the home clubs in the Metro Cup while Leinster’s Trevor Hogan drew the away sides.

Newstalk broadcaster Ivan Yates drew the away teams in the Towns Cup draw while Rob Kearney was responsible for pulling the home teams from the hat.

The first round ties in both Cups will be on Sunday, 20th February – the original first round date of 30th January will now be used to catch up in the ever growing backlog of League matches.