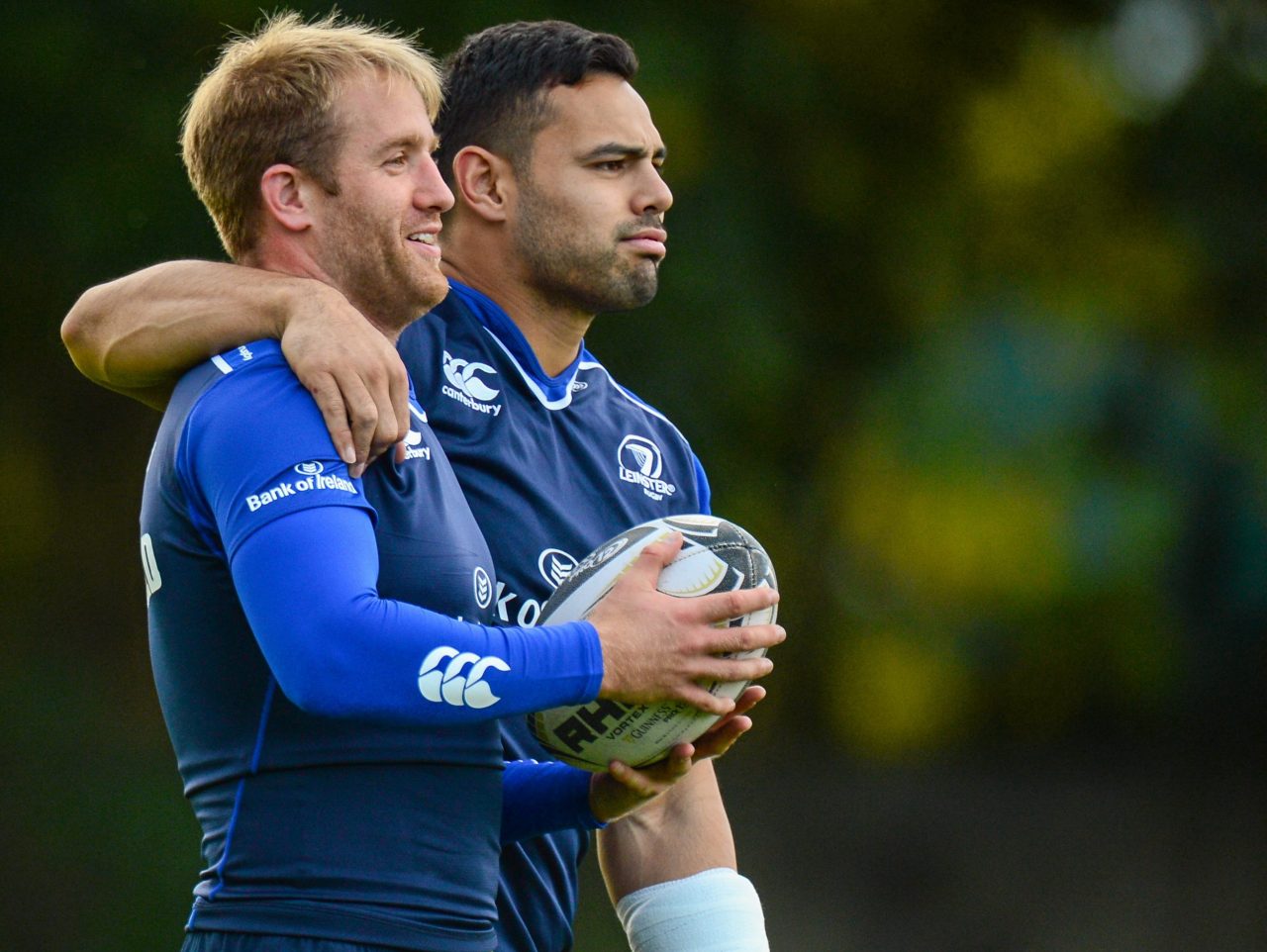 After training this morning in UCD Leinster Rugby head coach Leo Cullen announced the Leinster team to face Benetton Treviso in Round 6 of the Guinness PRO12 this Sunday in Stadio Monigo (Kick Off: 3.00pm – Irish time – live on SKY Sports).

Cullen also confirmed that Isa Nacewa had been installed as Leinster Rugby Club Captain on a permanent basis. Following the retirement of Kevin McLaughlin, Nacewa, who has 131 caps for Leinster and has scored 429 points in his career to date, had taken up the role on an interim basis during the Rugby World Cup phase.

Jamie Heaslip and Johnny Sexton were also confirmed as the Leinster Rugby vice-captains for the season ahead.

In team news, there are nine changes in total to the starting XV with a host of Irish internationals returning and a debut in the second row for Maori All Blacks player, Hayden Triggs. In all, 13 of Leinster’s 20 Rugby World Cup representatives have been selected in the match day squad.

Nacewa captains the side from full back with Fergus McFadden again selected on the right wing. Dave Kearney who started in four games during the Rugby World Cup and scored a try against Canada comes onto the left wing.

Ben Te’o and Luke Fitzgerald start in the centre for the first time together although they have played there before in the Guinness PRO12 last season at home to the Dragons when Fitzgerald came off the bench early in the game for Noel Reid. Fitzgerald has to date scored 32 tries in 141 games for Leinster.

In the forwards, it is a completely new front row as Jack McGrath, Sean Cronin and Tadhg Furlong all start for the first time this season. Furlong did however feature off the bench last weekend against the Glasgow Warriors.

In the back row Rhys Ruddock starts again at blindside flanker while Jordi Murphy comes in at openside for his 61st appearance in Leinster colours since his debut in September 2011. Wicklow man Jack Conan completes the pack from number eight.

Richardt Strauss, Cian Healy and Devin Toner are all in line to make their seasonal bows from the bench as Leinster go in search of a first away win of the season.