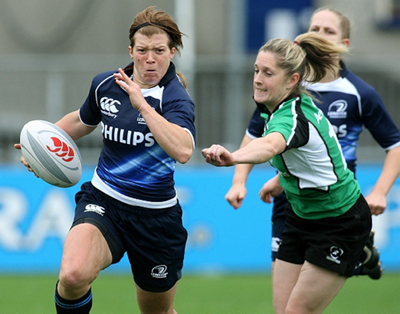 An Ireland Women’s squad of 25 players, including nine Leinster representatives, has been named for the forthcoming RBS Women’s 6 Nations Championship…

Ireland Coach, Philip Doyle has included a number of seasoned internationals alongside some new faces who have emerged this season. Fiona Coghlan will captain the side for her second seasons.

Speaking of his selection Philip Doyle said: ‘the dedication of the players has been excellent, both in their individual attention and motivation and as a squad.

‘We recognise the potential of the squad while respecting the challenges ahead, the first of which is to start the Six Nations campaign against Italy away with a good performance. Being the first game of the championship means we have little knowledge of the opposition so our concentration is to be accurate as possible throughout the game with and without the ball.”

Ireland open their campaign with a fixture away to Italy in Rovigo, on Sunday 6th February and will again make Ashbourne RFC in Meath their home for the tournament.

Ireland Women’s 6 Nations 2011 Fixtures (all times are local to where the games are being played):