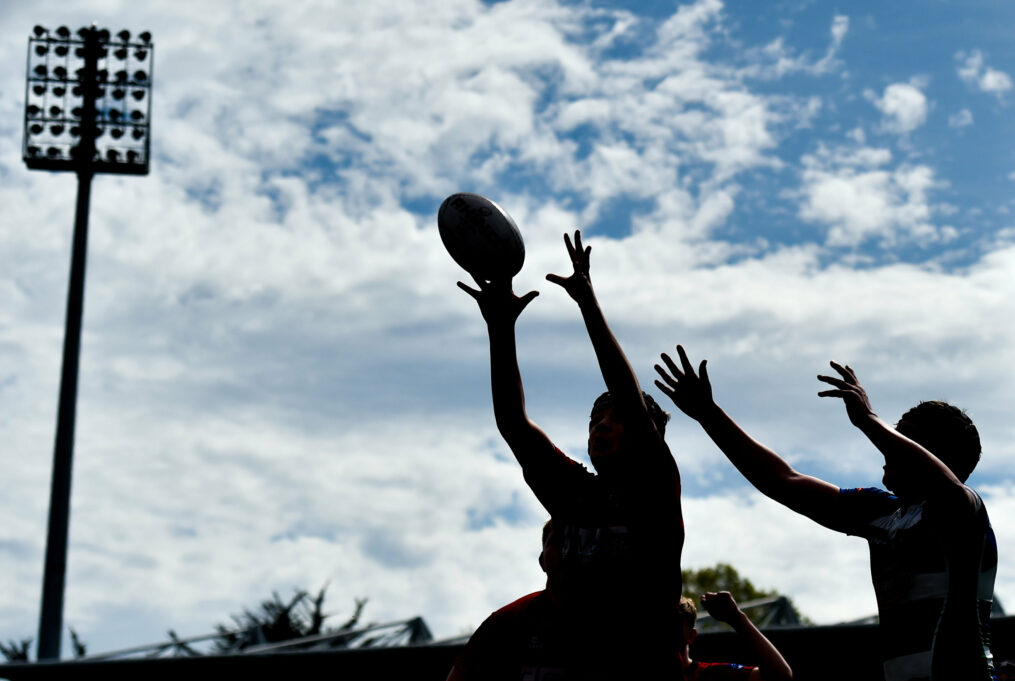 The fourth round of matches in the Bank of Ireland U-16 Shane Horgan Cup took place at Energia Park on Wednesday afternoon.

They resulted in wins for North-East, who also claimed this year’s title, and North Midlands.

An impressive North-East completed a clean sweep to become champions when posting 10 tries against Midlands.

They blasted out of the blocks with an opening statement of intent that included a blistering break and offload by full-back Delcan O’Connor for loosehead Griffin Carrick to speed over, Jack Litchfield converting in the first minute.

Midlands did not stand on ceremony, flanker Callum Mulligan showing good footwork and No 8 John Casey getting on the ball.

Front-rowers Carrick and Max Ward looked comfortable moving the ball before lock Chuck Ohawaga and centre Harley Harold both got to within five metres of the second try.

Midlands couldn’t afford to go on in defensive mode. Centre Eoin Conlon and the big left boot of Oisin O’Hara gave them room to breathe.

The dam had to burst when hooker Ward was given too much room by accurate passing on the inside for 12-0 in the 15th minute.

North-East were on the move again when a pass went astray and Midlands centre Cody Broderick snapped up the half-chance to stay ahead of the posse for an opportunist try.

The long kicking of out-half O’Hara led to another impressive cameo from Mulligan, adding pace to a nice move for a superb try, for 12-10 in the 23rd minute.

A sustained attack from North-East ripped through phases as backs and forwards handled easily for Ward to punch in his second try, Litchfield’s conversion making it 19-10 at the interval.

It was the Midlands who started the better in the new half, Mulligan to the fore in creating the front foot for centre Broderick to go close and replacement James Grehan to be stopped in his tracks by Seamus Evans.

In a flash, the North-East were breaking upfield for Carrick to shoot through a small gap, having the pace to resist O’Hara for 24-10 in the 35th minute.

When suffocating defence forced an error in handling, a Harold hack ahead put North-East in position to strike again, tighthead Ciaran Scott bouncing out of a tackle to ground the ball.

Suddenly, North-East were in overdrive, turning possession into points in a hurry, Aidan Rennie streaking down the left before replacement Hugh Keogh followed suit from distance for converted tries.

Midlands did find a response from second row Jake Kenny’s barrelling run before Luke Fagan barged over for Philip Smyth to convert for North-East.

Tiring limbs made for leaky defences and Midlands full-back Andrew Hill was next to take advantage on the right before Evan Shelly answered from a quick-striking attack.

A late try by Sean Walsh completed North-Midlands’ comeback win over South-East in the opener.

The opening exchanges were dominated by both defences as they applied pressure on the ball handler and looked to gain ground through the boots of South-East’s Cathal Kehoe and North Midlands’ Sean Behan.

The footballing skills of second row Tom Hughes were on view in a slick one-two with left-wing Luke Chatten for a fine try, converted by Brian Johnston in the ninth minute.

A burst up the left by North Midlands hooker Josh Domican brought the game to life and wing Daniel Thornton threatened on the right.

North Midlands looked likely to deliver until Sean Logue picked off a pass to pin his ears back, full-back Killian O’Sullivan producing the pace to catch the centre.

The support play of Daniel Ring and Hugh Greaney led to a lineout from a penalty which North Midlands defended with aggression and discipline.

The more touches Daragh Farrell, Oran Kelleher and O’Sullivan got for North Midlands, the better they looked with No 8 Walsh a danger on the ball too.

Another burst by Comican put them on the front foot and Zach Kennedy’s hard line was further reason for optimism.

South-East scrum-half Ring ripped away a turnover and had to be vigilant to deal with O’Sullivan in the outside channel.

Greaney did well to keep Behan out and a collective effort held prop Joshua Apps off the ground over the line to keep South-East 7-0 ahead at the break.

North Midlands centre Farrell pinched a penalty on the floor and almost put Kelleher into space from the first set move of the second period.

A mazy break by full-back Kehoe put Chatten on the ball and his delicate grubber forced Colm Moran into emergency action.

Once again, Farrell was the creator-in-chief for Behan before Hughes hauled the out-half down.

The growing pressure led to a tap-and-go for replacement Jack Kelly to crash over for Farrell to make it 7-all in the 45th minute.

Sure hands along the line allowed North Midlands to move out of trouble, wing Elliot Walsh dinking a kick over the top only for Kehoe to come to the rescue.

The momentum was swinging with North Midlands replacement Sam Jordan thundering through contact and Farrell feeding Kelleher for what looked a certain try until openside Hugh Roche miraculously kept the centre off the ground over the line.

The number of chances not taken by North Midlands mounted up, making the draw likely going into injury-time.

North Midlands came hunting the winning points through their three-quarters, but second row Hughes was waiting to force a penalty on the ground.

Finally, the impact of the bench did the trick, creating the go-forward for Walsh to duck inside for the decisive try