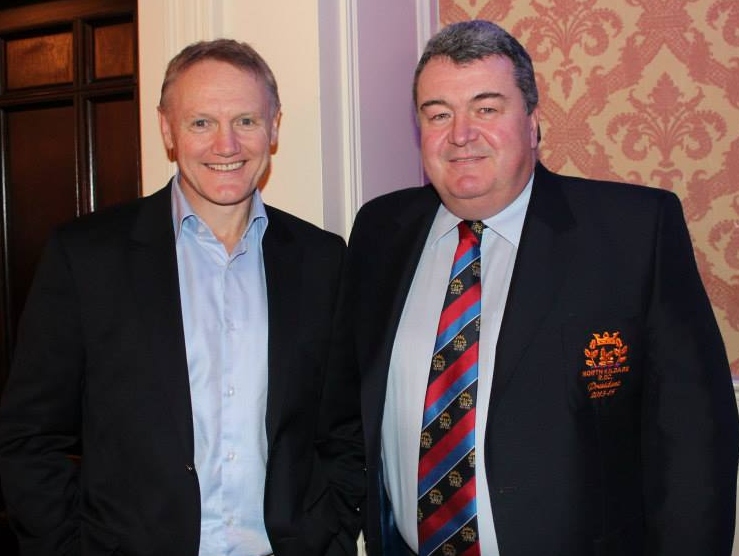 On Friday 21st November, North Kildare RFC is hoping to follow on from the successful inaugural business lunch that was held on the eve of same fixture last year…

With Ireland in a very positive position with the World Cup just a year away, former Munster PRO & Master of Ceremonies for the afternoon Pat Geraghty will pick the brains of former Ireland & Leinster Star Victor Costello who will draw upon his own experience playing in the World Cup and also give an insight into life after rugby for those at the very top of the game.

Another special guest speaker for the afternoon is from the business world that has had investments over the years varying from mining gold to whiskey and has possibly created more listed companies than any Irishman alive, recently selling his Cooley Whiskey brand to US giant Jim Beam.
John Teeling, a Clontarf  RFC man who according to reports is still playing rugby at some level promises to grab your attention on the day with his words of wisdom of lessons learnt.

The event itself kicks off at 2.30pm with a 3 course lunch and wine in the contemporary surrounds of the Glenroyal Hotel in Maynooth, a few tables of 10 are still remaining, contact  01 6103909  to secure your table.
Ticket Sales Close Wednesday19th Nov.

About North Kildare RFC:
North Kildare RFC field 3 Senior Men’s teams with the First XV currently sitting in 2nd place in Division 2A of the Leinster League and very much in contention for promotion this season.