North Midlands and South East off to commanding starts 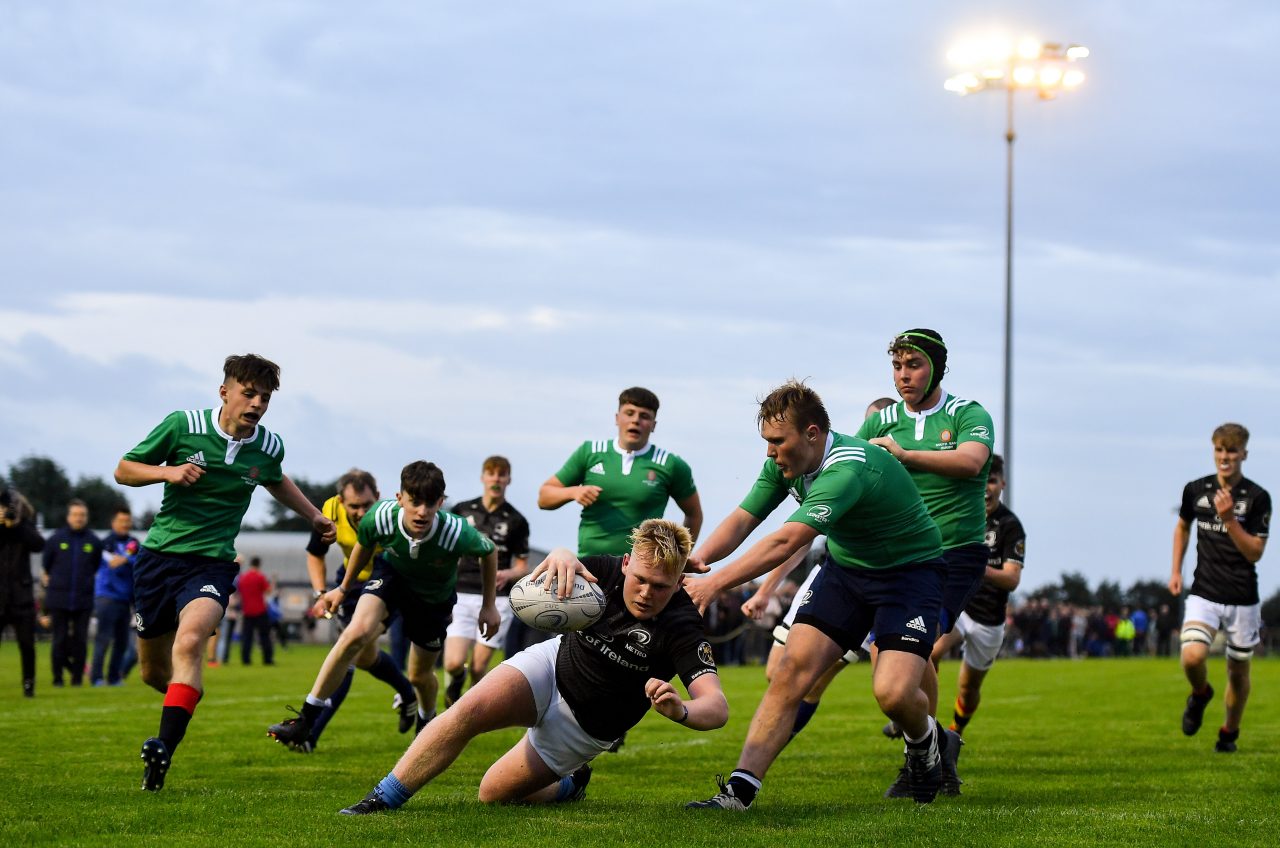 The opening round of the 2019 Shane Horgan Cup took place in Cill Dara RFC on Friday, 30 August. The current holders, North Midlands, faced Midlands in the first game of the evening as they set out to defend their title, last year’s runners-up, South-East faced Metro in game two.

Having won the cup the previous season, North Midlands were hungry to send a message this season, the first half display against the Midlands will have gone a long way in delivering that message.

The game was played with a strong crosswind. From the off, the North Midlands were pushing, for possession and field position, and that pressure was rewarded early on with a penalty taken quickly by Naas man Charlie Sheridan.

Moments later a wayward kick to touch was fumbled and the Midlands were in trouble on their own try line, the North Midlands turned the ball over and worked it across the field for Aidan Henry to dot down in the far corner. 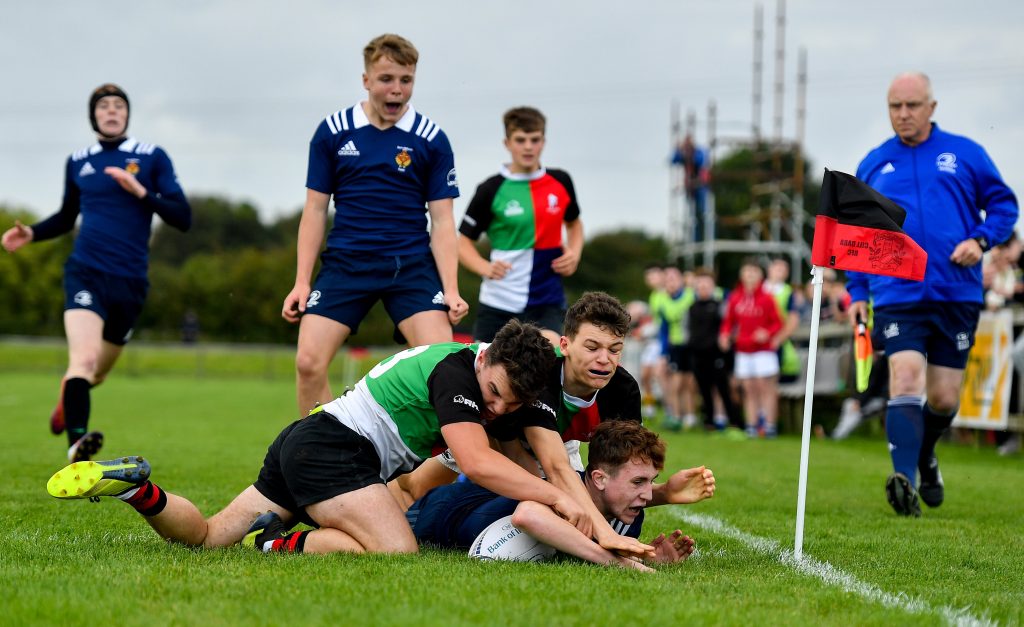 The North Midlands centre Sheridan caught the resulting kick-off on his 10-metre line and accelerated through the Midlands line. Clearing tacklers, he sprinted away to touch down under the posts. Henry converted.

The Midlands were penalised for a high tackle inside their own 22. From a quick penalty the ball was fed to Portlaoise’s Sean Ward who crashed over in the corner, the strong wind blew the conversion wide.

From the restart, the Midlands capitalised on field position, a penalty for offside followed by another for a high tackle allowed them to make progress. A scrum on the 5 metre line gave them a great opportunity but a loose pass was intercepted by Sheridan who fed his brother, full back Jack, to run the length of the pitch and score under the posts before Charlie adds the conversion to make it 27-0.

There was time for more points before the break when Charlie Sheridan kicked ahead and Jack Sheridan chased strongly judging the bounce expertly to run clear and touch down in the corner.

The Midlands re-grouped during the break and came out fighting. Shortly after the restart, their vigour was rewarded when Daragh Guinan from Birr RFC crossed the line. 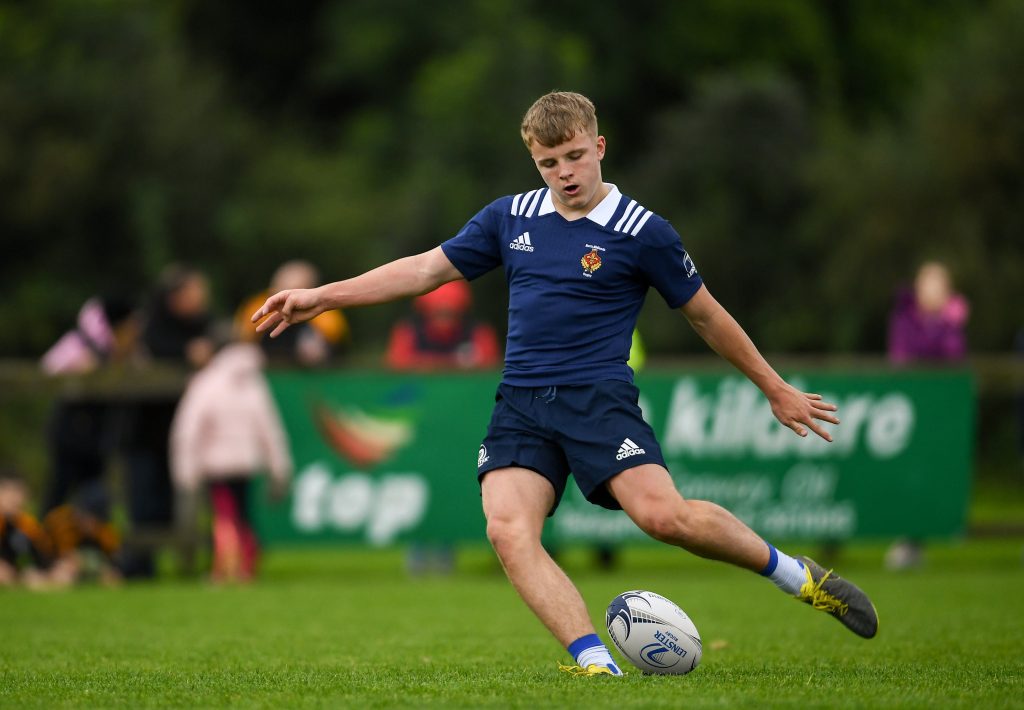 The Midlands started to take advantage of the conditions and pressed hard. They scored again when Fionn O’Grady from Edenderry RFC dotted down which was converted by Daragh Guinan to make it 32-12.

The North Midlands rallied and soon after Charlie Murphy made the best of an overlap on the wing to score a try, converted by Aidan Henry.

The final score of the game came off the back of a 5-metre scrum with a burst down the blindside for Portarlington’s Ben McMahon.

The wind had strengthened as the evening wore on and favoured the Metro area for the first half of this contest.

Barnhall’s Colin Byrne claimed a lineout before bursting through tacklers to touch down, Senan Phelan from St Marys slotted the conversion to make it 7-0.

Metro kept up the pressure, but South East rallied and steadily worked their way through the phases before Kaylem Codd, from Wexford Wanderers, broke through and Tullow man Adam Johnson converted to bring the sides level after 20 minutes.

Senan Phelan was just inches short with a penalty, again the conditions having a big say in that outcome. 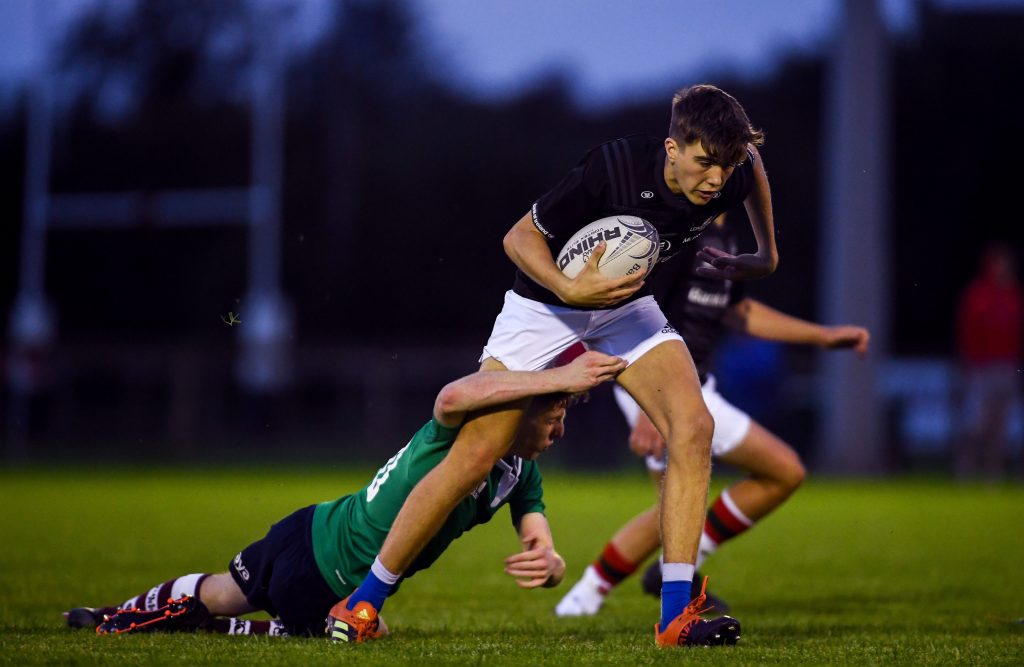 Off a lineout on the left-hand side of the field the South East worked the ball across right and released Scott Fitzpatrick to run in and dot down under the posts. Adam Johnson converted to make it 14-7 at the break.

The South East imposed their superiority in the second half with another try from open play, New Ross’s Alan Kehoe getting over, with Adam Johnson again converting.

A break down the wing by centre Scott Fitzpatrick with Alan Kehoe supporting, Fitzpatrick drew the Metro men and passed to Kehoe, who promptly passed back to Fitzpatrick, who had kept a supporting line, and the South East are in again with Phelan stroking the ball over to add the two points. 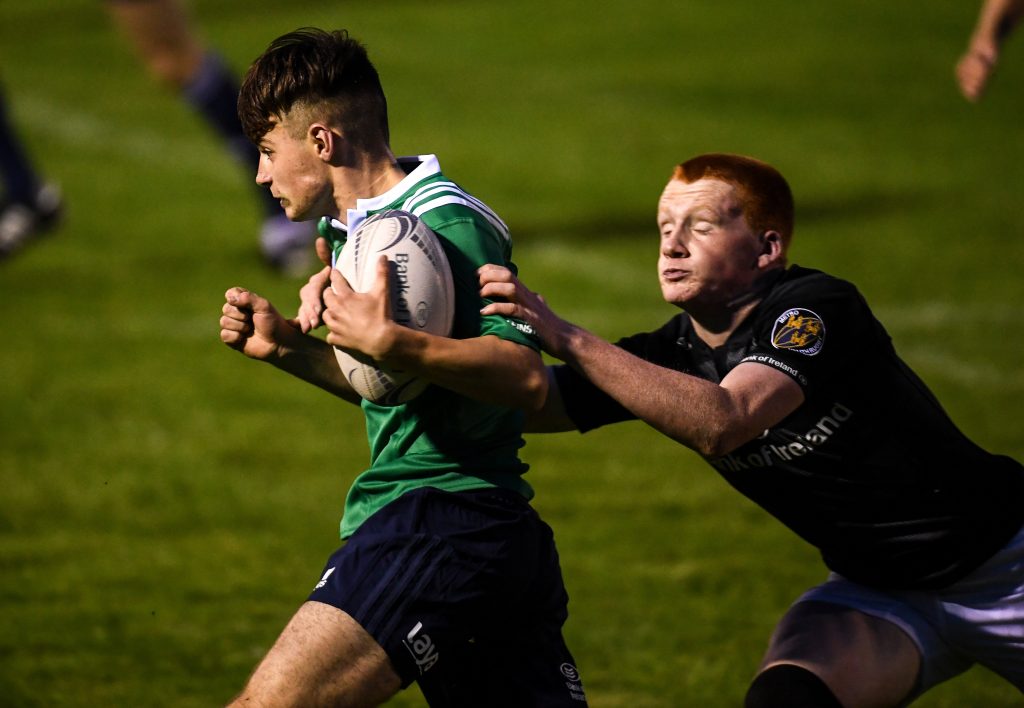 A couple of individual tries, the first from Kaylem Codd, who ran from deep inside his own half and an intercept by fullback Tom Hodgkinson, from Wicklow RFC, are converted by Phelan to give the South East a commanding lead. Rounding out the victory a break by Fitzpatrick feeds Grant Palmer who crashes over, with Phelan again converting.

The second round of the Shane Horgan Cup will be played on 30 October in the Midlands, the venue has yet to be confirmed.