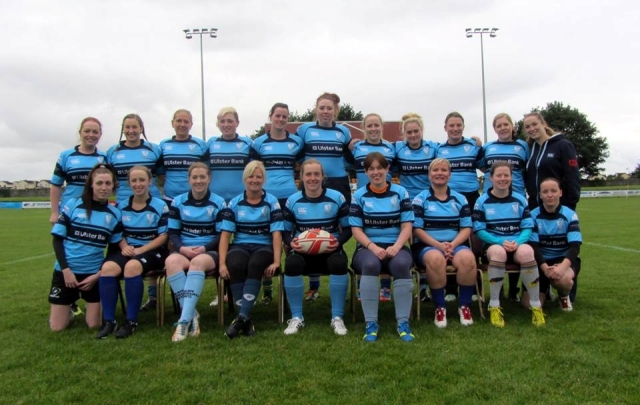 The Final Countdown to the Womens rugby season is upon us…

With the excitement of the Leinster League finals a distant January memory, March will deliver further exhilaration with the Leinster Women’s Cup culminating in a finals being held by NUIM Barnhall on Saturday 29th March.

NUIM Barnhall ladies team are within their seventh rugby season.
Over the last seven years the Ladies have been very successful contesting three finals, the Leinster Development League final in their first year and the Leinster Division 3 League final twice winning the competition in 2011. The Ladies team are known in the club for their enthusiasm and spirit that they show both on and off the pitch.

This year they will be hoping for further success and are always eager to welcome new recruits. Whether you’re an experienced rugby player or a complete novice who’s never played a sport before, the Ladies have a place for you. If you would like to give rugby a go whether to play or just to get fit, meet new people and be involved then contact

Training takes place in NUIM Barnhall RFC every Tuesday and Thursday at 7.30pm

Teams are eager to compete for that final bit of silverware to add to the club trophy cabinets. We see some rivals from the Leinster League replay each other in the Paul Flood Cup and Plate respectively.
The Paul Cusack Cup and Plate is also set to be an interesting stage for these teams, some of whom are new to the field and eager to make an impact.

Come and join us in these final weeks to support your local Leinster teams, and indeed perhaps find a new sport to partake in!