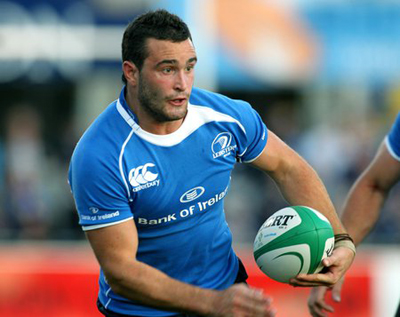 The O2 Ireland Wolfhounds team to face the England Saxons on Friday night in Ravenhill (KO: 7.30pm) has been named and includes four Leinster players including David Kearney…

There are two changes in the backline from the last outing for the Wolfhounds against Scotland A last Friday, with David Kearney coming into the team at full back in place of Gavin Duffy and Isaac Boss moving up from the bench to start in place of Tomas O’Leary.

Declan Fitzpatrick starts the game at tight head prop in place of the injured Tony Buckley and there is a change in the second row partnership with Donnacha Ryan and Mick O’Driscoll starting in place of Devin Toner and Ian Nagle, with Nagle named among the replacements. The final change to the side is at blindside, with Mike McCarthy coming into the team instead of Kevin McLaughlin.

Talking about the game, O2 Ireland Wolfhounds Coach Eric Elwood said, “I think there was some good things we can take out of the last game, but this week sees another step up for the players in terms of opposition and while some of the guys have moved onto the senior team which is great to see, we have some quality experience coming back into the team with Micko (O’Driscoll) and Donnacha (Ryan) giving us some great grunt in the forwards, which will be really important this Friday.”

“I want the players who were involved last week to learn from the game where in the first half we really bossed the contact area. If we can do that and be accurate in the set piece, we have enough talent in the side to cause any side real problems at this level, but we will have to improve to match a good Saxons team. Playing at home is a great plus for us and hopefully we will have a big Ravenhill crowd to make it a good atmosphere to help give those home supporters a good performance and a win.”