Oatlands kick off era in grand style with win… 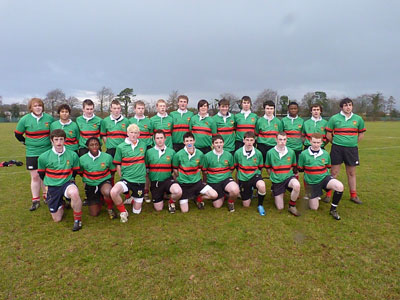 Oatlands College took to the field recently in their first ever competitive rugby fixture, playing Salesian College in NUI Maynooth…

The nerves were evident in the Oatlands camp before the game, not only the players but also the coaches Mark Bonfil and Brian O’Connor.

The nerves disappeared once the game kicked off with Oatlands scoring a try through Kevin Tapala and Mark Ingram converting it, there was a lot of action at both ends of the field over the next 20 minutes with defence’s winning out until late in the first half Mark Ingram converted a penalty for Oatlands who went in with a ten nil lead at half time.

Oatlands started the second half brightly applying a lot of pressure on the Salesian which paid off with Eoin Collins scoring a try in the corner but Mark Ingram hitting the cross bar with the conversion.

That score seem to give the Salesian College team a boost and they came back into the game scoring two quick tries, this made for a very good but nervous last ten minutes for both teams, but with just a minute left in the game Oatlands wing Kevin Tapala scored again to seal the game for the hosts.

To win their first ever competitive fixture is a great result for the school and is all due to the hard work done by the coaches Mark Bonfil and Brian O’Connor, team Captain Sean Mahon and all the players who turn up and work hard at training every week.