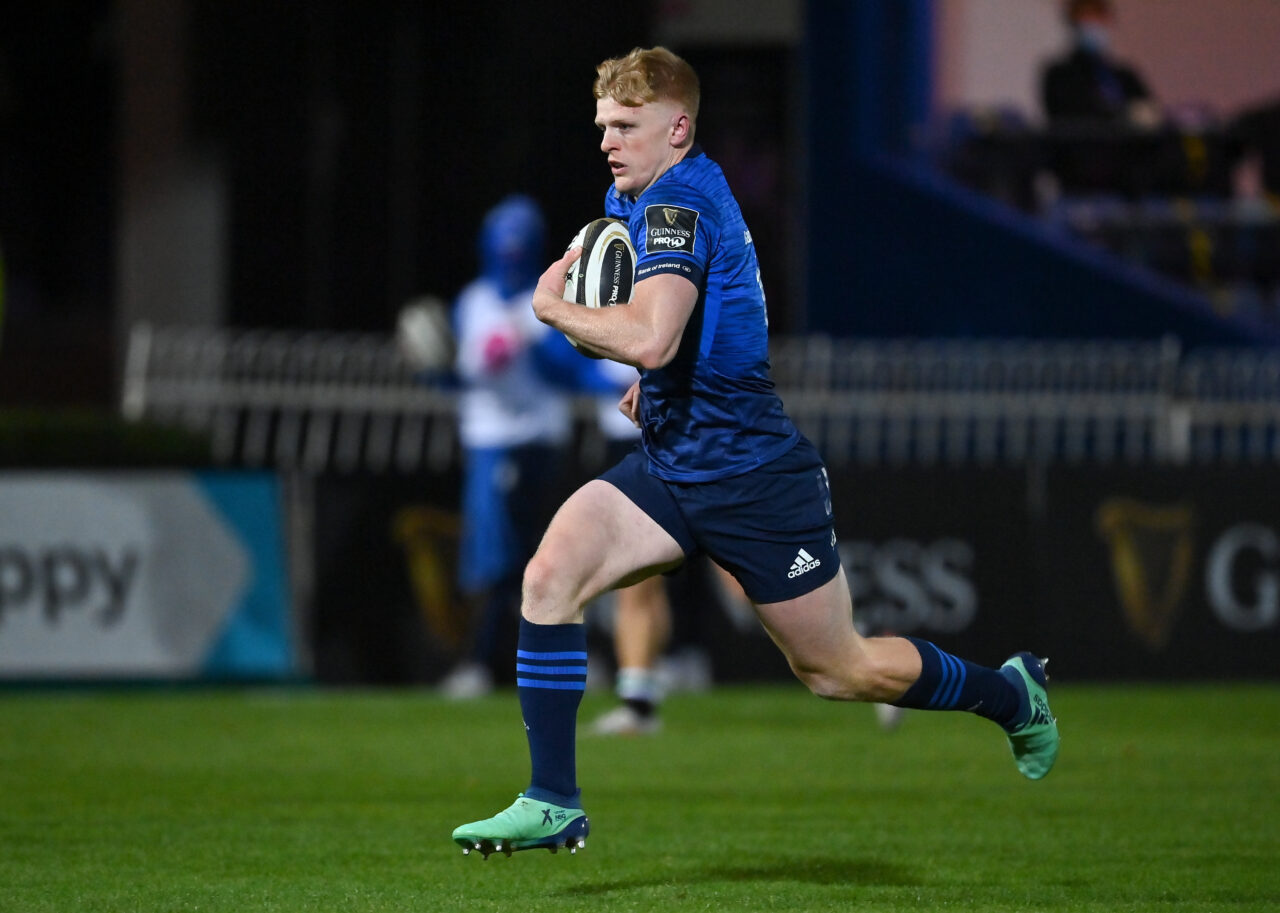 During the COVID-19 enforced break, five Leinster Rugby Academy players were granted promotion to Senior status, one of those being versatile back Tommy O’Brien.

The former Blackrock College student had earlier in the 2019/20 season made his debut against Ulster Rugby at the RDS Arena.

Now, he’s keen to push on and continue a breakthrough year which was unfortunately cut short.

It would be easy to forget that last Friday’s win over Zebre was just O’Brien’s second Senior start for the province.

His double try-scoring performance against the Italians was a good foundation for O’Brien’s season personally but the 22-year-old is keeping his sights firmly focused on Glasgow Warriors on Monday.

“We’ve talked about it as one of the best performances we had last year in terms of satisfaction because they’re a brilliant side, looking to attack from anywhere.

“And they’re very proud playing at home in Scotstoun. We’re aware of all of that and we’re going to have to be really switched on this week.”

Leinster Rugby will face Glasgow Warriors at Scotstoun Stadium in Round 5 of the 2020/21 Guinness PRO14 on Monday, November 2 (KO 8.15pm).