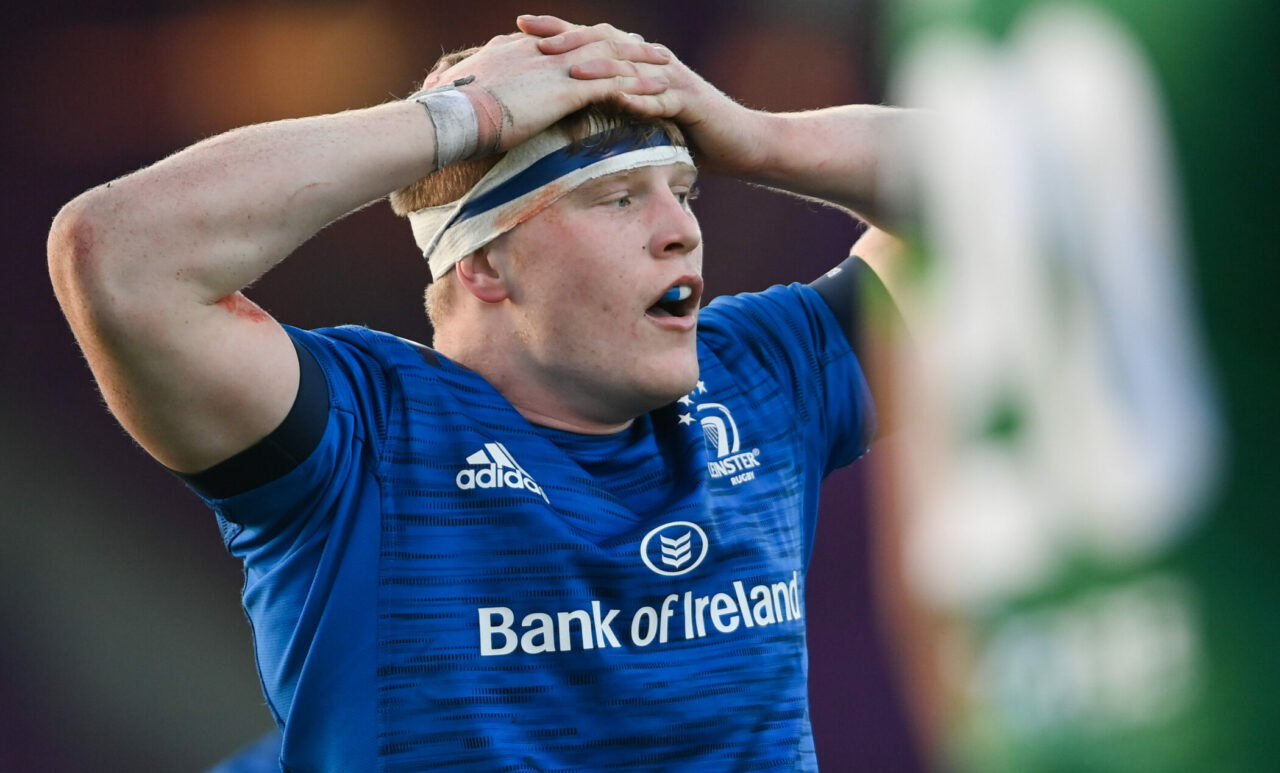 The name Seán O’Brien has been synonymous with the Leinster Rugby and Ireland back rows throughout the course of the last decade or more.

The Carlow one enjoyed a glittering career with both club and country leading to selection for British and Irish Lions tours and is now plying his trade in the English Premiership with London Irish.

A lot to live up to for other young flankers. And even more so when you have the same name.

Delgany’s Seán O’Brien, the fourth on the Irish rugby scene after the aforementioned and Connacht’s duo of the same name, is in his first year in the Leinster Academy.

The former Blackrock College student has been enjoying his stint with the province but he can be forgiven for admitting that the novelty of his name and the comparisons have long worn off.

“There’s a few of us knocking around. I’m well used to the jokes about it,” he explains.

“The one that came before me in Leinster is an amazing player. All I’m hoping is that I can be as good as I can as another Seán O’Brien.

“We can almost fill a Sevens team with Seán O’Briens now, we’ve got four out of seven. We’ll have to get three more into the Academy system and get that arranged.”

While the prospect of SO’B Sevens team is jokingly suggested, there is a determination in O’Brien’s voice as he talks about his own game, he knows what he needs to improve, and he knows how he is going to do that.

Whether that is through observation of Senior players when the opportunity to train with them materialises or by absorbing every ounce of guidance given to him by Leinster’s Elite Player Development Officer, Denis Leamy, a shrewd operator himself in his playing career. 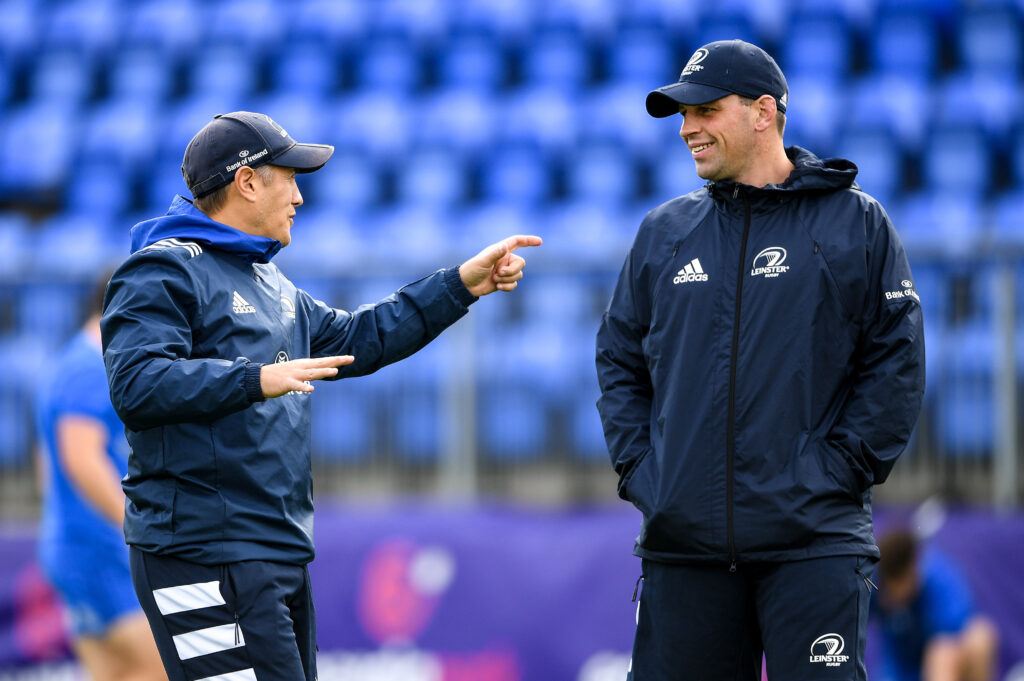 “He’s been great. I first came in contact with him last year when I was in the sub-Academy and I couldn’t speak any higher of him,” O’Brien says of the former Munster and Ireland man.

“To have someone who has been around the block and played in the same position as me for so many years, captained Munster, played so many times for Ireland and won Grand Slams with Ireland.

“It’s amazing being coached by him and I’m really learning off him and trying to find out all the little things that helped him in his career.”

After some flak from team-mates for what they deemed to be an over-elaborate offload in Leinster ‘A’ win over Connacht in December, O’Brien had the backing of Leamy.

“The lads are giving me a bit of stick that I could have put it into two hands and given it but Leams was quick to back me up on the ‘out the back’.”

That piece of skill would put Max O’Reilly through for Leinster’s fourth try on the day as they headed for a 44-14 win.

For O’Brien and others in the line-up on the day, the win was merely a bonus, the real reward was just getting back out on the pitch, being able to play a game.

“It was only my second game of the season. I played a half in the ‘A’ game against Ulster. It was really nice to get a start and 80 minutes against Connacht. You always want to be playing games as much as you can.

“You can train as much as you want but it’s always when you go into a game you just need a different level of fitness I suppose. I was definitely feeling it, I’ll be all the better for having that experience and 80 minutes under my belt.”

Every bit of experience that he can add to his repertoire brings him closer to the ultimate goal – breaking into a Leinster Rugby back row currently stacked with international talent.

Six of Leinster’s back row have been capped by Ireland while others like Scott Penny and Josh Murphy have shone during this campaign so far. 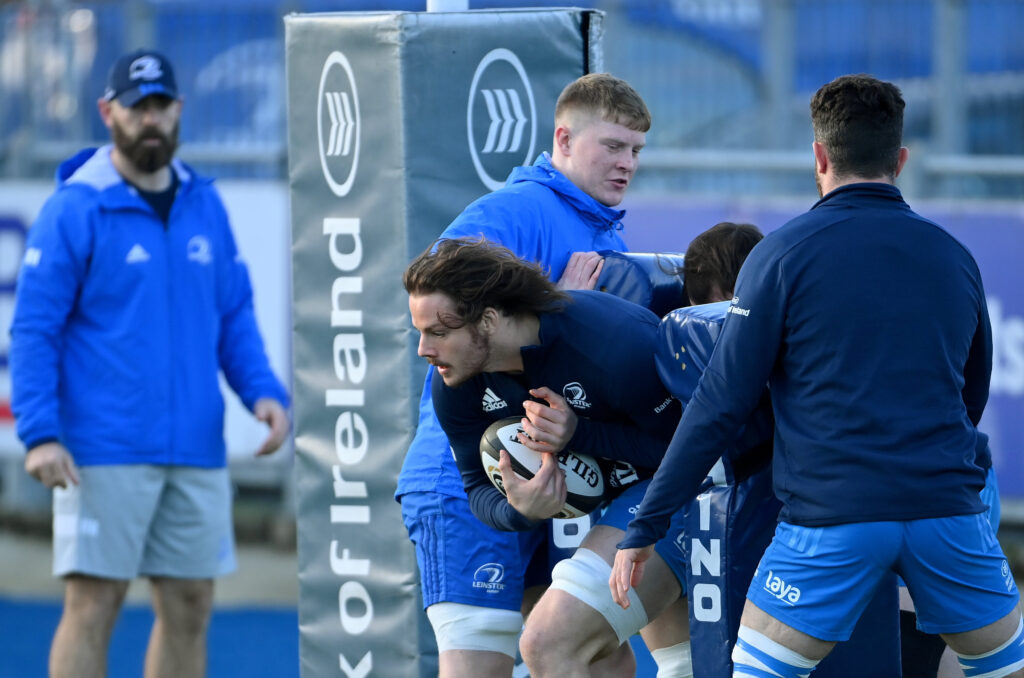 Is it disheartening for O’Brien in the Academy to see such an array of talent ahead in the pecking order?

No, is the short answer. He views it as the perfect breeding ground for new talent. Who better to watch at close quarters daily?

“You have to try and learn off them, you just have to back yourself to play as well as you can and be as good as them,” O’Brien says.

“It’s a good thing to aspire to and it’s a really good thing that there is so many good back rows in Leinster because it means there’s a great opportunity for me to learn off them.

“There’s definitely a few things around the breakdown. I’ve been playing more seven than I ever have before.

“I can play seven or eight but I’ve been playing a lot of seven so we’re trying to work on getting over the ball and that poach, the way the rules have changed now. There’s a lot more reward out of that so that’s something I’ve been working on with Leams.

“Obviously when you’re going up to a higher level, physicality and size is something I need to work on as well. The step up from AIL and Ireland 20s rugby to a pro game brings a different level of physicality that I’m going to need to get used to, getting bigger in the gym and training with the Seniors is something you need to be able to survive.”

Surviving is one thing, excelling is another.

As a back in his younger days with Greystones RFC and Blackrock College, O’Brien has the handling to go with his 6′ 4″ frame.

Time spent talking to him will also show a willingness and openness to do whatever job is required for the team – be that in the scrum or in the backline.

“Wherever I get picked is where I like playing. My game wouldn’t massively change depending on what number I have on my back.

“To be honest, playing seven for me has been new and I’ve been enjoying it. I don’t have any preference, wherever a coach feels they want to pick me, I’m happy enough to play. 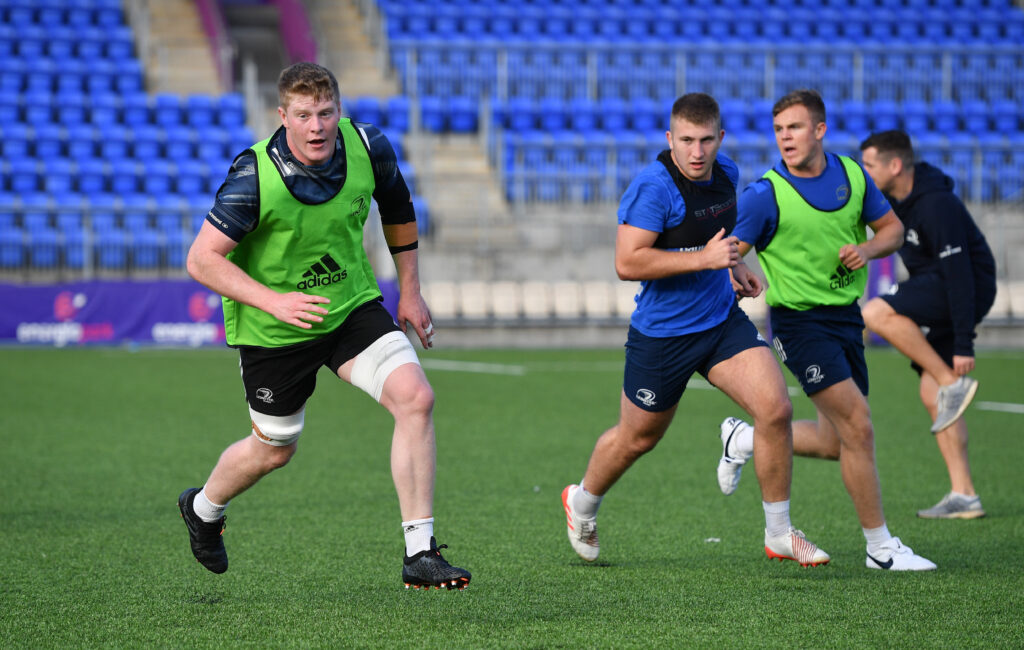 “When I was younger I played a lot in the backline. I played centre up until I was third year and then I was told to go and play in the forwards, that I’d be better suited to there.

“Since then, I’ve always been a forward. I played a bit of second row in fifth year just because I couldn’t really make the team in the back row. Since sixth year then, it’s been all back row really.

“But yeah, having the bit of experience in the backline as a younger player is really helpful because it’s just good for your catch-pass. It’s good to have those skills going forward.”

It’s a long way from the reluctant six-year-old who had to be dragged down to Greystones training for the first time.

Something O’Brien can look back on and laugh at now.

“My parents encouraged me to try everything. When I was younger, on weekends I’d be doing soccer Saturday morning and then rugby on Sunday.

“Greystones is where I started playing my rugby. My dad brought me down to U-6s or something like that, I don’t think I particularly wanted to go.

“I preferred football back then but I went and gave it a crack anyway. I really enjoyed my time playing for Greystones.

“We had a really good team, a really good age group. I played for Greystones right up until U-14. I played Ireland U-19 with Mick O’Gara and Harry Noonan. They were both on that same Greystones U-12 team so it was pretty cool to come all the way up with them.”

From that first morning at rugby training, it’s fair to say that O’Brien has more of a grá for rugby now than he did that day as he headed to the pitch.

A Senior Cup medal with Blackrock College, underage international honours, and now his place in the Leinster Academy.

“I remember going to games in the RDS and the Aviva, I remember meeting up with my mates and being out the back of the RDS playing tip before the game as much as I do the games themselves but I’ve really fond memories it.

“It’s pretty cool when I’m in UCD to be rubbing shoulders with the guys that I was watching back then.”