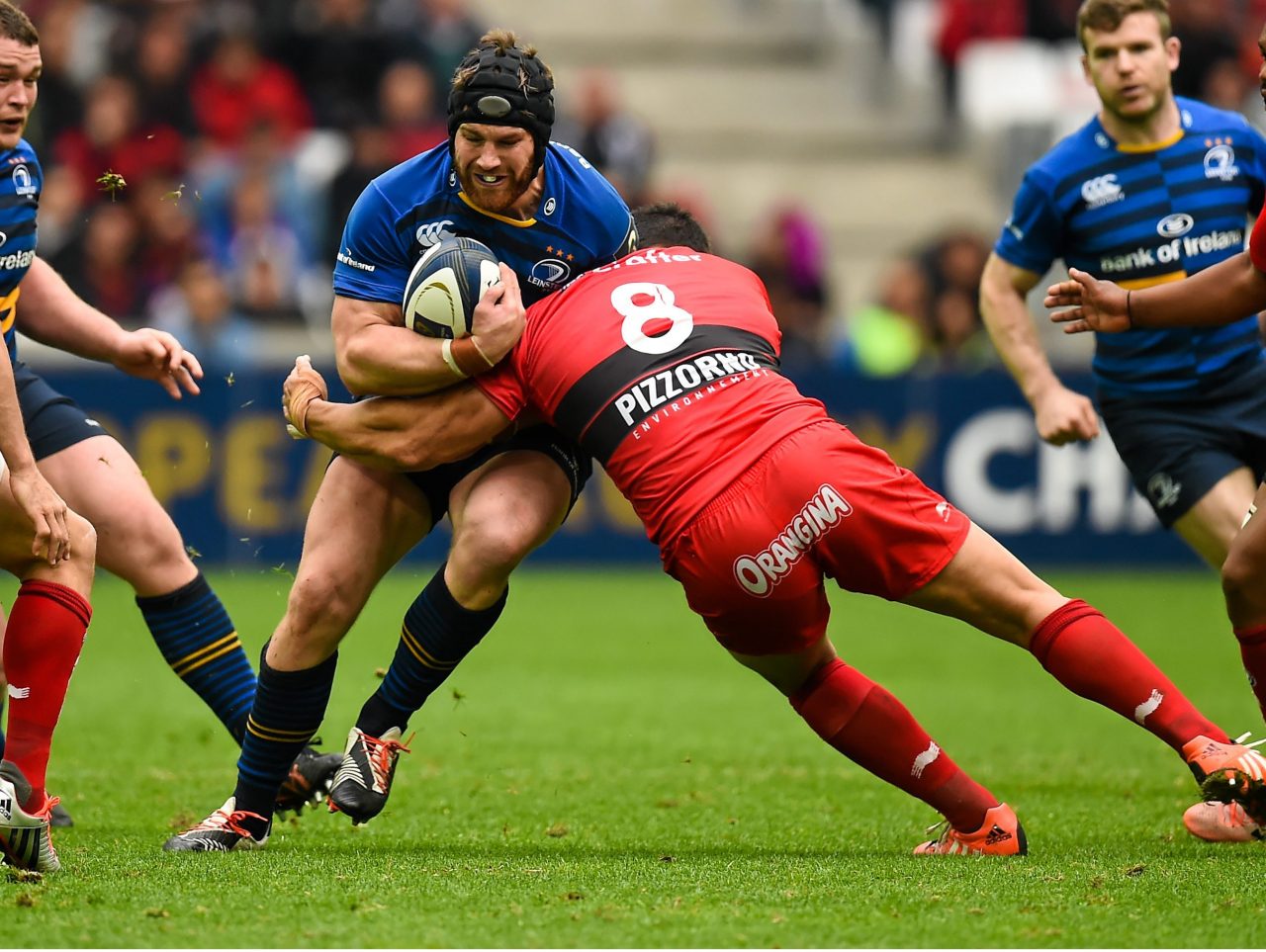 Sean O’Brien reflects on the defeat to Toulon in the Champions Cup semi-final and looks ahead to the big interpro derby against Ulster this Friday.

O’Brien scored Leinster’s try extra time in the Champions Cup semi-final on Sunday after Bryan Habana had crossed the whitewash and Leigh Halfpenny knocked over a penalty to give Toulon a 10-point lead.

The Carlow man’s try brought the province back within five points of the French champions, but with time running out Leinster couldn’t find the second try that would have secured a place in the final against Clermont in Twickenham.

Speaking to the media in Leinster HQ today, O’Brien spoke about the disappointment of Sunday’s result but said the players would have to move on quickly and focus on Friday’s match with Ulster in Kingspan Stadium.

“It’s pretty disappointing, obviously, being knocked out at that stage when the game’s there for the taking. It is disappointing but we just have to move on very quickly this week.”

With just five days between fixtures, and having played 100 minutes against Toulon, the timing of the match would appear to favour Neil Doak’s side. However, O’Brien doesn’t think it will be a factor in the game.

“I think we’re very fit at the minute. I think the game wasn’t that fast last weekend. Although we played 100 minutes I don’t think it was the most intense game we’ve ever played. The S&C (strength and conditioning) staff this week will look after us and we’ll be ready to rock on Friday.

“We’re fighting for our lives here. We have to go out and perform on Friday night to leave ourselves with a good chance in the competition. It’s the last thing we’re involved in now and something we’re going to have to go after.”

A win in Belfast on Friday will be needed to break into those top four Guinness PRO12 playoff spots, and O’Brien is backing his teammates to keep fighting and give supporters that have been behind the team all year an exciting end to the season.

“I think we know as a group and we know as an organisation what we’re about. At times this year we’ve let ourselves down as a team, but it’s the way you bounce back from those things. I think in the last couple of weeks we’ve been doing well in that aspect. We’ll keep fighting to the very end. This week is going to be a big week for the whole club.

“We’ve a full squad to pick from at the minute, which is always good. The fans out there have been very good the last few weeks. I know they’ve been disappointed with some things this season. We’ve lost games by a kick of a ball or a score, that’s just the environment we’re in. It’s not ideal for the fans but they’ll take lots of positives I hope from last week and leading into this week.”

We all play our part. Click here to play yours.