O’Connor: “Jenno’s Contribution To Leinster Has Been Phenomenal” 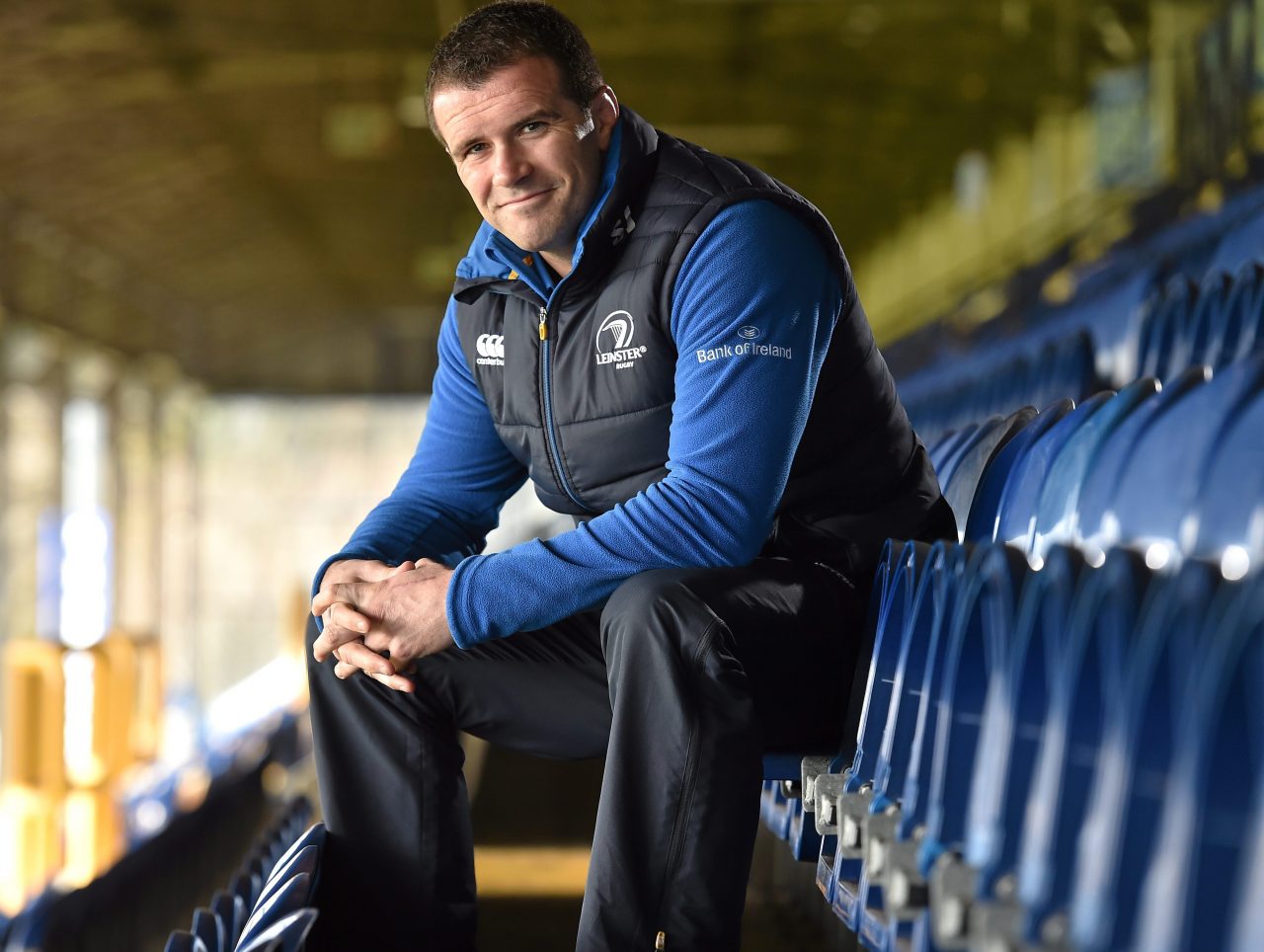 With the announcement earlier today that Shane Jennings is set to bring his professional rugby career to an end at the conclusion of the current campaign, Leinster head coach Matt O’Connor has spoken about the “phenomenal” contribution the St Mary’s man has made to Leinster.

Jennings made the announcement about his retirement this afternoon at a Leinster Rugby press briefing ahead of the Guinness PRO12 match against Zebre on Friday evening.

Sitting alongside Jennings at the press conference, O’Connor spoke about the influential figure Jennings has been at Leinster in the last number of years, and in particular during O’Connor’s two seasons with the province.

“Jenno’s character transformed the standards of the changing room. He is a winner and will continue to be a winner in whatever he decides to do post-rugby.

“It’s been a pleasure to work with him over the last two seasons. I don’t think think there’s been a bigger contributor to the success of the organisation over the last few years.

“The job that Jenno has delivered in the environment in my time has been phenomenal. He’s probably the most significant driver of the standards in the place. You can’t replace that.”

With the departure of Jennings at the end of the season, plus the recent departure of influential senior players such as Brian O’Driscoll, and with Leo Cullen retiring to join the Leinster coaching team, O’Connor believes that it will take time for younger players to step up but that they must be given the opportunity and guidance to grow into those leadership roles.

“The reality of the game is that blokes move on. You can’t replace those guys in the short term, that’s the reality of it. It’s about growing the next tier of guys, giving those guys the ownership, and hopefully they step up and take the responsibility. Only time will tell.

“Regardless of who’s in the environment, how good a player they are, that takes time to replace. We’ve just got to make sure that we keep giving blokes the opportunity to step up and help them when they stumble, and make sure that they’re better the next time.”

Jennings echoed this point when he commented on the talent coming through the Leinster ranks.

“There’s lots of talent. But talent is one thing. I think the thing that we’ve been good at over the years has been matching your attitude, hard work and that talent. That’s what I’d certainly like to see in the years to come is that work rate and that ethic that we’ve had in the club and that we’re trying to maintain the whole time, but it’s tough. It’s a big challenge.”

Click here to read more from Shane Jennings on his retirement.

Click here to see 20 of the best photos from Shane Jennings’ 11 season with Leinster.