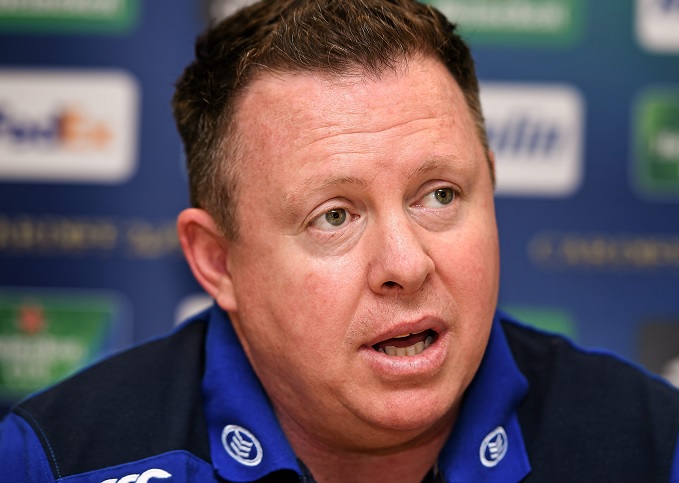 Matt O’Connor’s team are facing a battle against Toulon, and after overcoming Munster last weekend the head coach knows his men are ready.

O’Connor sees that Munster clash as a crucial part in the preparation for the match against the reigning Heineken Cup champions.

“The focus (the Munster match) created for us, the lessons that we learned out of that, especially the first half performance were invaluable for us.”

The long week after the Munster game has also been well received in the Leinster camp.

“We’ve had a good week. Eight days has been a nice luxury to have building into a game of this magnitude.”

From one big challenge to another this Sunday. This time the battlefield moves from the Aviva Stadium to the Stade Mayol, where Leinster will play their biggest game of the season so far.

“It’s certainly the biggest game that I’ve had at Leinster for sure,” O’Connor says.

“It’s a Heineken Quarter-final. It’s the current champions against the Amlin champions. It should be a great occasion.”

The current champions won’t be underestimated. O’Connor knows his men will need to be strong, clinical and focused if they want to get a result against Toulon.

“The challenge with them is they’ve got world class players across the field.