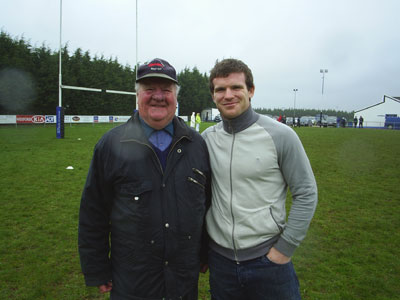 It was a job that he loved, as he dealt with people on a daily basis. But his main love is rugby, dedicating lots of his time to Wexford Wanderers.

He not only followed the first team all over the province cheering them on but he was also one of the founders of the club’s successful mini section. Jimmy was involved in coaching in the mini section of Wexford Wanderers for over 40 years turning out such players as internationals Gordon D’Arcy and Neville Furlong.

Even though Jimmy has stepped back from coaching he can still be found in Wexford Wanderers every weekend cheering on one of the youth or mini sides on Saturday or on Sunday following the first team.

With a colourful personality and charm, Jimmy is a great ambassador for the club of Wexford Wanderers and the sport of rugby in this province. Jimmy will receive a €;250 voucher from the Evening Herald and tickets to a Leinster Rugby match.