O’Connor: “New arrivals will be invaluable” 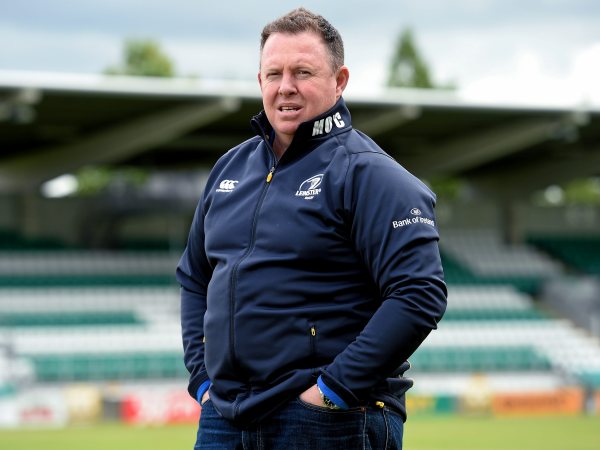 Matt O’Connor discusses Leinster’s new arrivals and the challenge that awaits against Glasgow Warriors this Saturday.

The summer months have seen plenty of change take place at Leinster; for every departure, a new arrival. As we waved goodbye to Brian O’Driscoll and Leo Cullen, we welcomed Ben Te’o and Kane Douglas. The coaching team has also seen a new face arrive, and a familiar one make the transition from player to coach.

With new characters to settle in to the Leinster environment, and a Guinness PRO12 title to retain and European campaign beginning in just a few weeks, Matt O’Connor has stressed the need to identify areas for improvement and the importance of pre-season in getting much of the heavy-lifting done before the new season starts.

“(Pre-season) is a good opportunity to cement and bed-in a few of the systems that we had last year across the team, given that I’ve been here 12 months.” O’Connor told the media this week.

“From that end, we try and do everything a little bit better. There wasn’t one area of our game that we were completely comfortable with last year. We looked at our game really critically throughout the off-season. There’s percentages we can make across the board which we’ll be looking to do early in the Guinness PRO12 campaign.”

Helping O’Connor to make up those narrow margins will be skills and kicking coach, Richie Murphy, who is going in to his fifth season with the province, new scrum coach, Marco Caputo, and new forwards coach, Leo Cullen.

Commenting on Cullen adapting to becoming a member of the coaching staff, O’Connor said the the former Leinster captain is much happier without having to go through the rigours of pre-season.

“He’s a lot happier on a Monday morning than he was this time last year.” O’Connor told the media in Leinster HQ this week.

“He’s doing a good job, he understands the environment. He’s been integral in the way the forwards have approached things over the last four or five years anyway, so it’s not a massive step up for him.”

With Cullen stepping smoothly into his new role, and Kane Douglas coming in as his replacement from the NSW Waratahs, who will be the successor to the no. 13 shirt vacated by Cullen’s fellow retiree, Brian O’Driscoll?

The signing of Ben Te’o from the South Sydney Rabbitohs would seem to answer that question, but O’Connor believes there will be work to be done with the 27-year-old rugby league player before he can take up the role.

“We’ll have to see when (Te’o) arrives and see how he adjusts. He played a lot of his Junior rugby at 12 and 13, so we’ll have to see. The logistics of rugby league and playing on that edge aren’t overly different to what midfielders in our game would have to be confronted with. There’s a golden opportunity there at 13 with Brian’s departure. We’ll have to wait and see who steps up and takes that mantle first.”

While O’Connor is disappointed that Te’o and Douglas won’t have had pre-season to get used to the Leinster set up, he’s looking forward to welcoming two more “quality athletes…in to the group”.

“They’re outstanding professionals and as soon as they hit the ground they’ll be invaluable to us.”

While it may be a few more weeks before supporters get the opportunity to see Douglas and Te’o in action for Leinster, the long wait to see the province in competitive action ends this Saturday when the campaign to retain the PRO12 title starts against Glasgow Warriors in Scotstoun (Live SKY Sports, KO 5.15pm).

Leinster were narrowly defeated in the corresponding fixture last season, and with a Glasgow Warriors side looking to exact a bit of revenge after last May’s PRO12 final in the RDS, O’Connor is fully aware of what awaits his team.

“(Glasgow) would’ve been hurting all summer. I think they were pretty disappointed with their performance in the final. We are very, very clear in what we’re going to get presented with, and we’re going to have to be incredibly physical and incredibly accurate on Saturday to get the result.”

Leinster’s first home game of the new season takes place against Scarlets on Saturday, 13 September (KO 2.40pm). Click here to get your tickets.