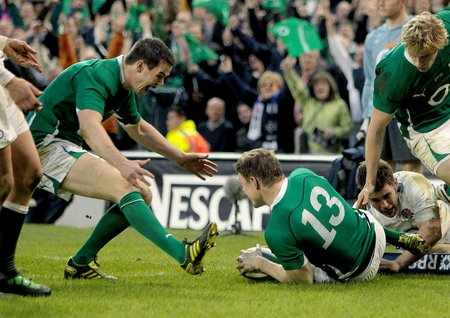 Captain O’Driscoll scored the second try – a record 25th in the competition – to help his side to victory in Dublin as they finished the Six Nations on a high note.

‘We knew it was in us, for some reason it hadn’t happened in the first four games,’ he said.

‘Parts of our game were really good but we hadn’t been able to put the whole package together.

‘We played a smart game, an intense game, and they couldn’t live with us.

‘We lost the second half but to score 24 points against this team is an impressive innings.

‘We won the Slam two years ago and had a mixed bag last year, and even though we had nothing tangible to play for today it’s great to finish with a resounding win.’