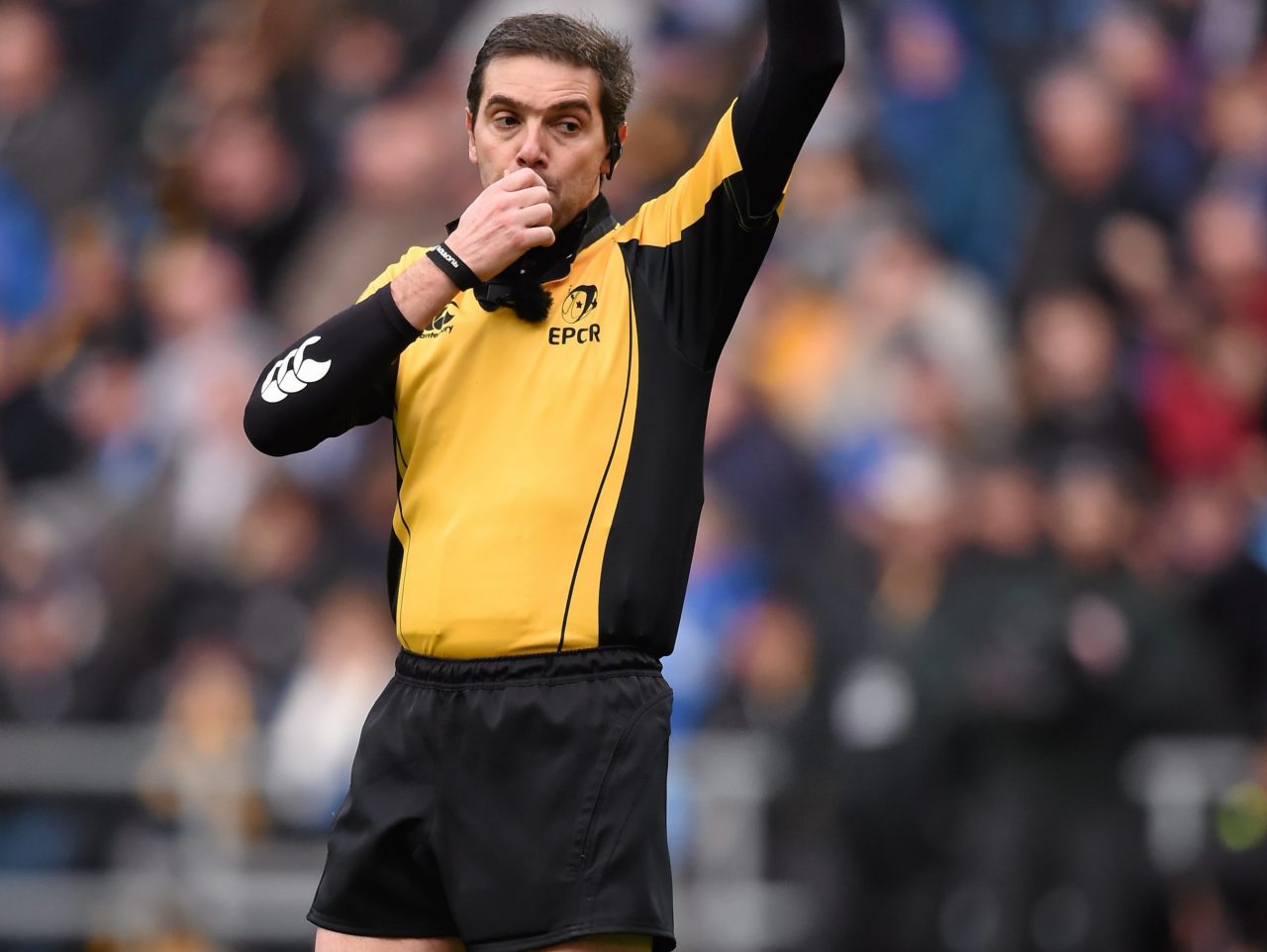 One of the highest-quality weekends of rugby in the northern hemisphere will get underway at the Aviva Stadium on Saturday, 4th April with the Champions Cup quarter-final clash of two former tournament winners, Leinster Rugby and Bath Rugby.

The match in the Aviva will be refereed by Jerome Garces of France.

Garces has taken charge of two of Leinster’s games in this season’s Champions Cup so far. The Frecnh referee took charge of Leinster’s two games in England, against Harlequins at The Stoop and Wasps at the Ricoh Arena.

Leinster fell to a 24-18 defeat against Quins, picking up a crucial bonus point in the process, however.

Garces also refereed the 20-20 draw with Wasps at the Ricoh Arena back in January, a result which ultimately secured Leinster’s home quarter-final against Bath in the Aviva.

Click here to purchase your tickets for Leinster v Bath.

On Sunday, 5th April the action switches to Paris where Nigel Owens of Wales will be in the middle for the meeting of No 1 seeds, Racing Metro 92, and Saracens at Stade Yves-Du-Manoir before the Champions Cup quarter-finals are brought to a close with another Anglo-French confrontation between holders, RC Toulon, and Wasps at Stade Félix Mayol which will be refereed by George Clancy of Ireland.

The knockout stages of EPCR’s tournaments kick-off on Friday, 3rd April when France’s Romain Poite will be in charge of the first of the Challenge Cup quarter-finals which pits top seeds, Gloucester Rugby, against Connacht Rugby at Kingsholm Stadium, with JP Doyle of England appointed for the Welsh derby between Newport Gwent Dragons and Cardiff Blues at Rodney Parade the following day.

The quarter-final meeting of Exeter Chiefs and Newcastle Falcons at Sandy Park will be refereed by Italy’s Marius Mitrea and the curtain comes down on the weekend on Sunday evening at the Madejski Stadium when London Irish from the Aviva Premiership take on Edinburgh Rugby from the Guinness PRO12 with Pascal Gauzere of France in charge.