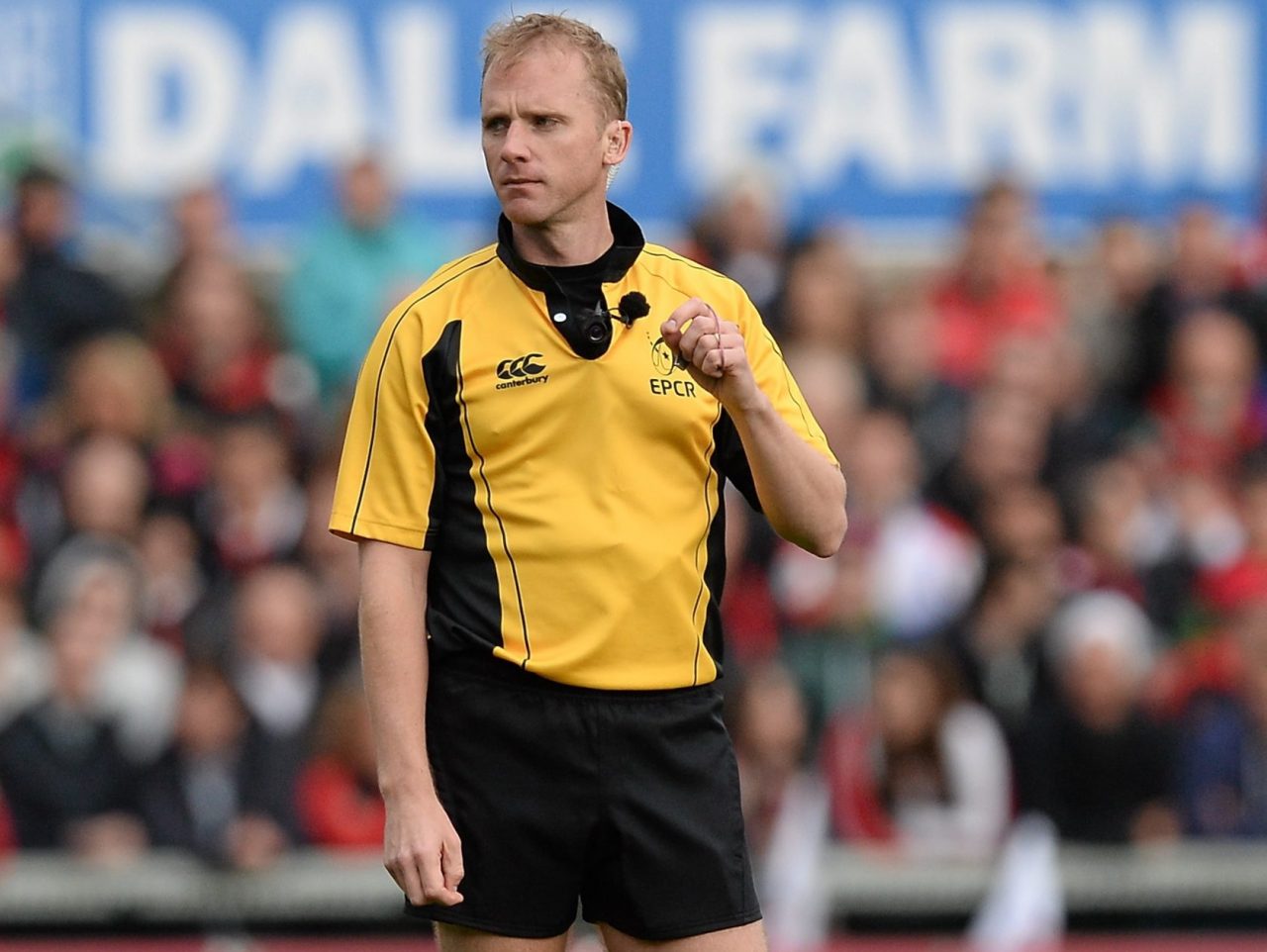 Clancy, who will be refereeing his second tournament semi-final, takes charge of the ASM Clermont Auvergne v Saracens tie at Stade Geoffroy-Guichard in Saint-Etienne on Saturday while Wayne Barnes, appointed for a third tournament semi-final, will be in the middle when holders RC Toulon and Leinster Rugby meet the following day at the Stade Velodrome in Marseille.

The semi-finals get under way on Friday with the first of the Challenge Cup last-four matches between Edinburgh Rugby and the Newport Gwent Dragons at BT Murrayfield Stadium which will be refereed by JP Doyle of England.

Ireland’s John Lacey will be in charge of the second Challenge Cup semi-final featuring the all-Aviva Premiership clash of Gloucester Rugby and the Exeter Chiefs at Kingsholm Stadium on Saturday evening.