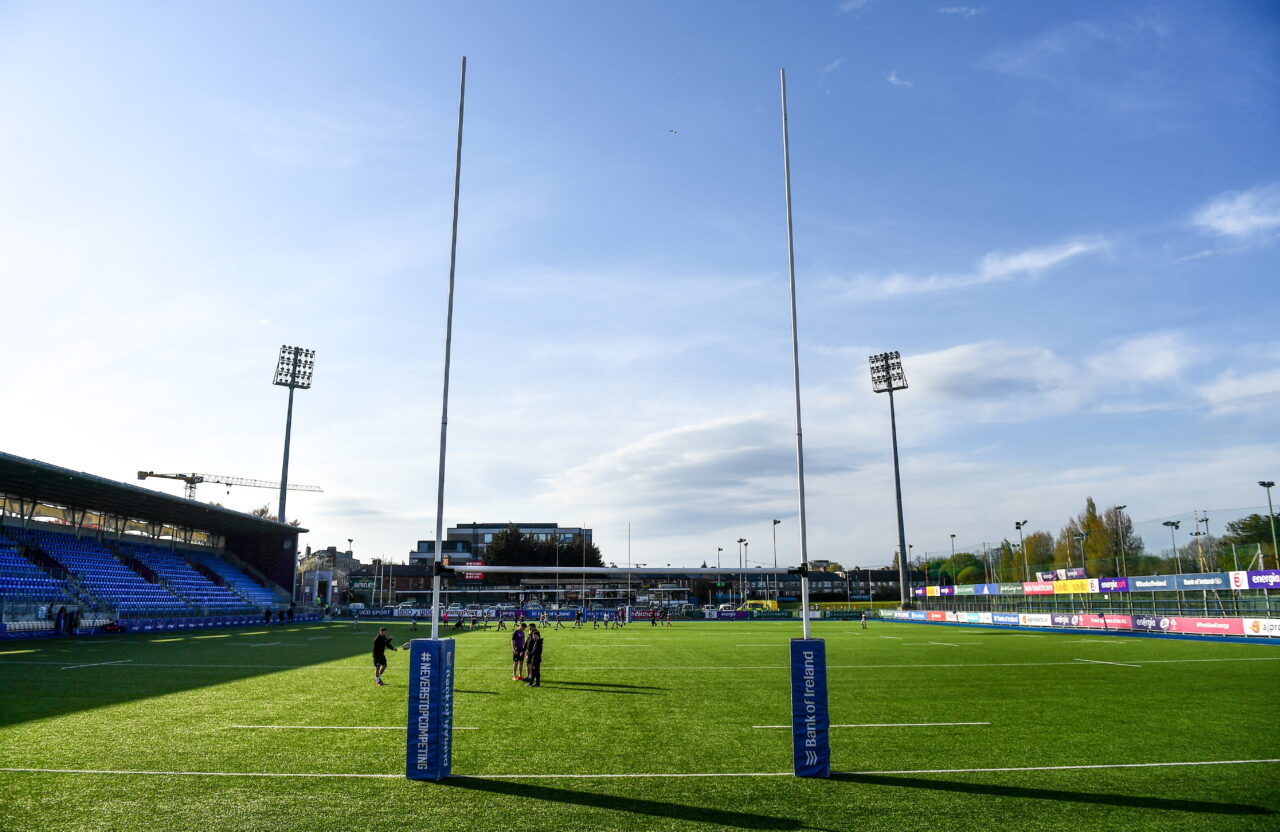 A master class of out-half play by David Wilkinson guided Old Belvedere to the Bank of Ireland McCorry Cup crown at Energia Park.

It’s their second time in a row claiming the trophy.

Trinity came into this off the back of securing the All-Ireland title last week against a club they had just about beaten in the semi-final of that competition.

Belvo moved in front when Stephen Woods’ interception worked against the second row in that a moment of isolation meant hooker Calum Dowling forced a penalty on the floor which Wilkinson dispatched in the sixth minute.

This was immediately overtaken when Trinity came hard from a solid scrum base for accurate passing along the line to put Taylor Gleeson outside Conal Bird for 5-3.

A gorgeous ball over the top from Matthew Lynch tricked Ryan Foley into stepping into touch whereupon the most significant fault in Trinity’s game showed up as the first of multiple lineouts malfunctioned.

The Trinity maul had been a powerful weapon all season long and they could never get it going due to their inaccuracy out of touch.

It all fed into Wilkinson’s appreciation for taking the right option on the ball as the number 10 out-kicked Matthew Lynch two penalties to one to leave it 9-8 at the interval.

It goes without saying that both clubs would have wanted to rectify any concerns during half-time and the Belvo’ scrum tipped the balance of the set-piece heavily in favour of the Anglesea Road club.

It allowed Wilkinson that extra time to pick his poison and, from a delightful left-footed crossfield kick, Peter Maher snapped up the ball, just out of the reach of full-back Harry Colbert, and kept away from the closing Gleeson for Wilkinson’s conversion to make it 16-8 in the 57th minute.

In fairness, Gleeson was a threat in open play and Trinity second-row Max Dunne had the line at his mercy when the ball was lost forward.

It wasn’t long before replacement Liam Nolan was orchestrating moves from the base of the ruck and Conor Gibney had the power to fend and find the line, Hugh Kennedy’s conversion reducing the margin to the minimum in the 68th minute.

A stunning move started by Steve Corry’s carry back into contact and Saul Fitzpatrick’s speedy service was given thrust by Bird and a smart finish by Maher for his second, Wilkinson’s extras restoring the eight-point advantage.

The match moved into injury-time when Trinity struck from a scrum on their own 40-metre line, their continuity too much for a scrambling defence as Will Twomey surged over for O’Kennedy to clip the conversion.

There was still just enough time available for Wilkinson to notch his fourth penalty to ensure the title would belong to Old Belvedere.