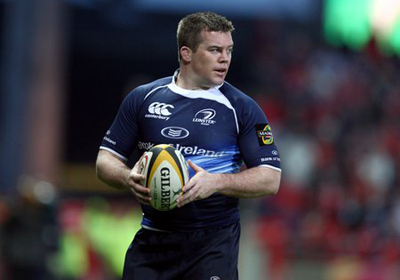 Former Leinster and Ireland hooker John Fogarty has been appointed as Old Belvedere’s forwards coach, taking over from Matt Kennedy…

Fogarty announced his retirement from rugby last November as a result of difficulties brought about by repeated concussions.

The once-capped Ireland international has been forwards coach to De La Salle Palmerston in recent seasons, the club he was attached to for the last three years of his playing career.

He was a popular figure at ‘Salmo, coaching the forwards from the first team and J1 squads, while also offering lineout and scrummaging advice to their other junior sides.

Fogarty will take charge of the Old Belvedere forwards for the coming season, linking up with their Kiwi director of rugby Phil Werahiko who oversaw the club’s first ever Ulster Bank League Division 1 success.

Andrew Dunne will continue as backs coach to the reigning league champions.

Old Belvedere’s new club President Noel Shannon said that their ambition is ‘to build on the league success and kick on to achieve great things next season at all levels in the club.’

“Phil Werahiko is clearly focused on achieving ‘back-to-back’ title wins in the Ulster Bank League and my utmost efforts will be to help him achieve this. Most of the senior squad will be available again next season,” he added.