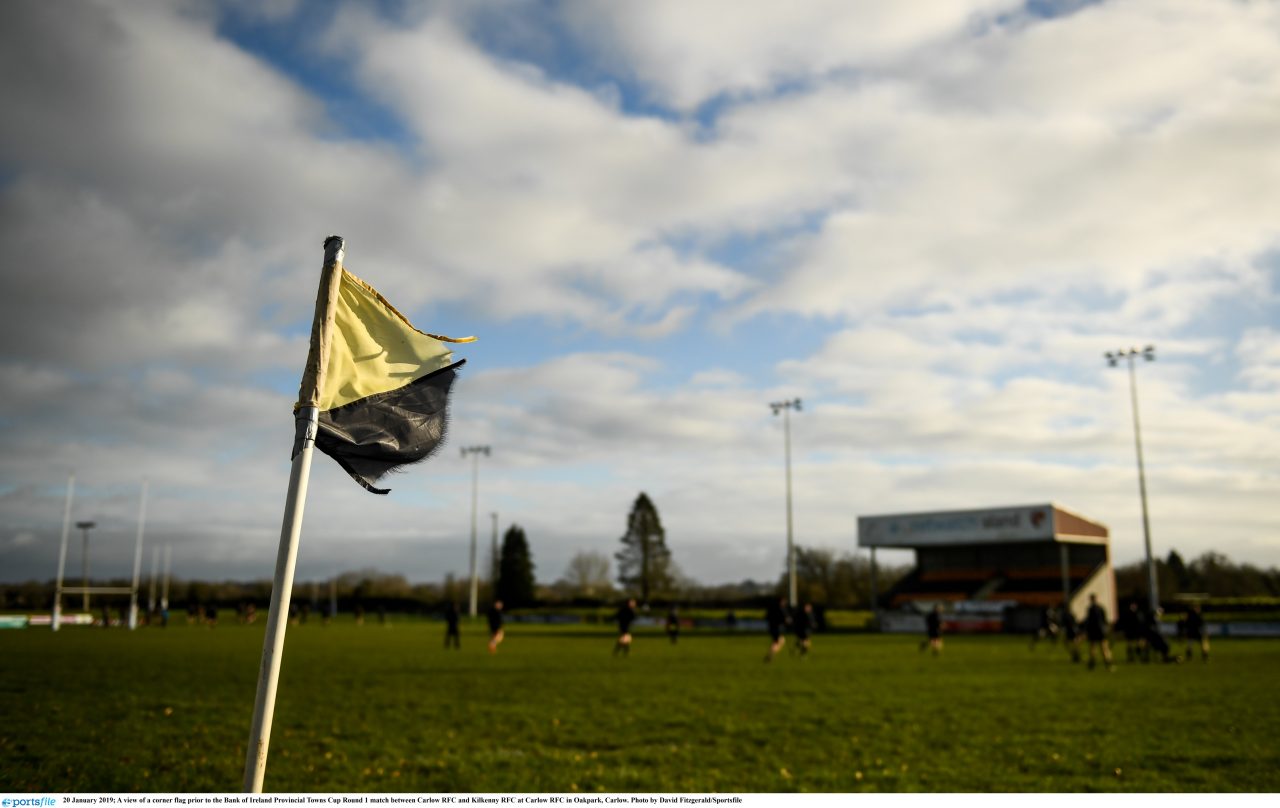 County Carlow FC is one of Ireland’s oldest rugby clubs, founded in 1873, before joining the Leinster Branch in 1899. To this day, the club is still playing a vital part in the lives of many of those in the Carlow town community.

The love of his life was gone and there was nothing left to do but hold onto the decades of cherished memories.

The love of, and for, family is what keeps most of us going in times of grief and the embrace of County Carlow FC, his second home, is what is softening the hardest days.

He has been wedded to Carlow since 1957 and the family club has always been there, long after his playing days were finished.

Tommy’s sons Robert and David played with the club for a short period in the 1990s and grandson Jack, who played three years of Senior Cup for Newbridge, is currently playing for Lansdowne U20s.

Tommy was raised in the GAA heartland of Baltinglass before moving on to Newbridge College where he grasped the oval ball for the first time alongside his cousin Jim Oliver.

He has never let go since.

Fifty-two years later, Tommy is the go-to man when any person interested wants to delve into the uniqueness of the club of the Carberys, the O’Briens, the Elmes, the Brennans, the Gordons and so many more.

“I have taken a backward step. They have me as a historian. You are starting to get pushed out when you are the historian of the club,” he laughed.

“My grandfather, on my mother’s side, Jim Oliver was actually a founder member back in 1873.” 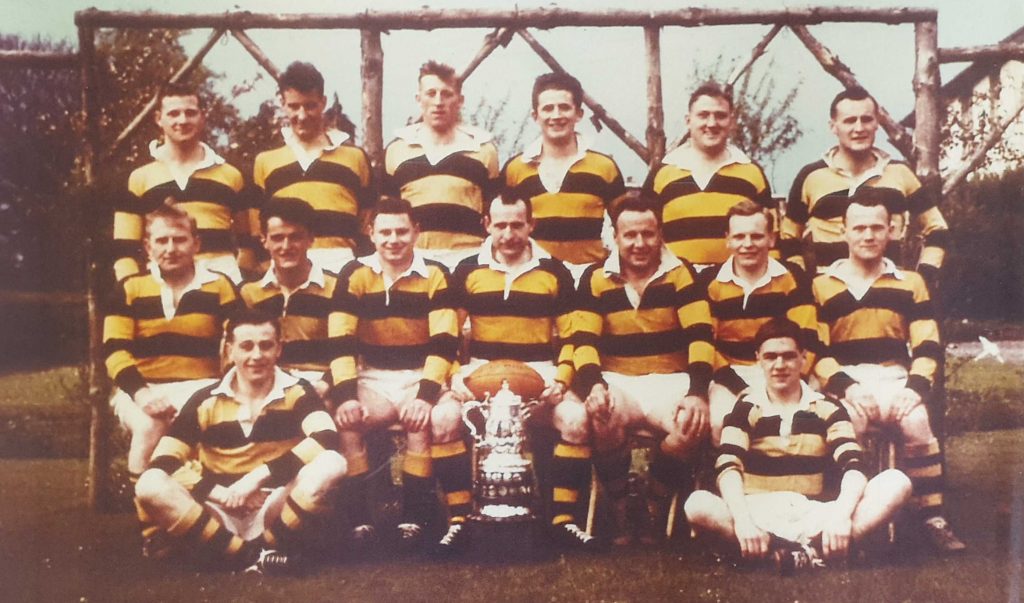 He demurred when it came to his own impact on the club, insisting the garlands should be hung around the thick-neck of Tommy O’Brien.

“When I left school, I played with Lansdowne for 18 months and then came back to Carlow,” he said.

“That is when Tom O’Brien came to me and told me about all the great players that were coming to play for Carlow. Later, we found out he was telling all of us the same thing. He codded us all into it.

“We came together and had a great team in the 1960s. What a character Tom was, the only man who is an Honorary Life Member of Bective and Carlow, a marvellous character.”

Those were the days when everything had to be built painstakingly, brick-by-brick from the ground up.

“We were renting a shed on the grounds of the tennis club. The land came up for sale in Oak Park and Tom had the initiative to buy it.

“They were building a new church in Athy and we bought the old one in Carlow and did it up as a clubhouse, ran dances around the country with showbands to pay for that. That was the start of it, 1957, 1958, the early 1960s.

“Tom went along to any lad in the area out of boarding school that had played rugby and charmed them into the club.

“Tom, Pat O’Mahony and Brendan Moore were instrumental in setting up one of the first Youths system in Leinster. The ethos in the club and the members there have led to lifelong friendships.

“The sad thing is a lot of my friends, from that generation, have passed away. But, there are new people coming in.”

“The present committee has a lot of the lads that were playing on those great teams of the 1990s,” said Tommy.

“In the 60s, I played with players, like the props Gerry Gordon, from Carlow, and Jack Ryan, from Athy, they would have been the Tadhg Furlong of their era.

The history of Carlow has been about firsts and breaking the mould, Maureen Gordon becoming the first Lady President of a senior club in Ireland and the current President Edel Gibbons is following in her footsteps.

They even gate-crashed the All-Ireland League party to climb all the way to the top of Division One in the 2000s.

“We had a great time. Carlow were there with Garryowen, Lansdowne, Ballymena, Shannon and Cork Constitution. We even headed the Division One for three or four weeks at one point. Then we won two Leinster Senior Cups, beating DLSP in both finals in the early 2000s.”

From those glorious days, Carlow slowly dropped through the lower ranks of the All-Ireland League, tumbling all the way to Division 2A of the Leinster Junior League.

There has also been a renewal of the old Junior rivalries, like neighbours Tullow, Kilkenny and Athy. 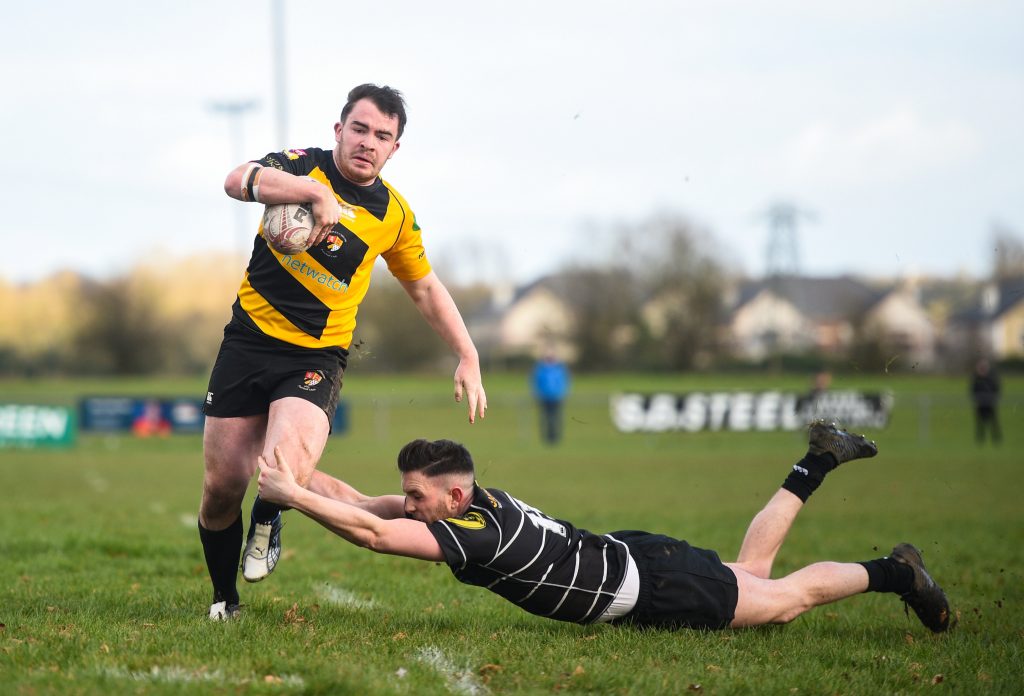 “I was the last ‘Senior President’ in 2010 when we returned to the Juniors. We are back in 1B now.

“We are doing it with all our players coming up through the system in the club with the exception of two players from Carlow IT. It is a nice position to be in.

“At this stage, I would be happy with mid-table in Division 1B and winning the Towns Cup,” smiled Tommy.

There is also a thriving mini-rugby and Youths section at Carlow, a striving Ladies section and the Carlow Bees, the all-inclusive, disability arm of the club, all supported by the wonderful voluntary work that is the lifeblood of the club.

It was no surprise to see the club President Edel Gibbons, Chairman Melvin Elmes, Honorary Secretary Arlene Browne and Tommy in Energia Park when The Bees took to the 4G pitch during the Celtic Cup match between Leinster A and the Dragons Development XV on 28 September.

This commitment to community and feeling a part of something is what keeps the club going strong.

This article first appeared in the official match programme for Leinster Rugby v Ospreys Rugby at the RDS Arena on Friday, 4 October, 2019.

Tickets for Leinster’s next home game, against Dragons on Friday, 1 November, are now available here.