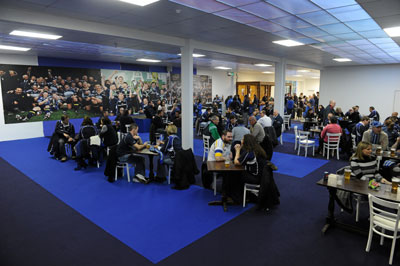 The OLSC hereby advises that the Club’s fourth annual general meeting will take place at The Laighin Out, RDS, Ballsbridge, Dublin 4 at 1pm on Saturday, 11th June 2011…

At the AGM there will also be an election for the 2011/12 committee, nominations for the seven people required must be received by 5pm, Friday 27 May 2011.

Proposed motions must be received no later than 5pm on Friday 3 June 2011.

As many supporters will be aware our support base has grown substantially over the last few years, we expect to have in excess of 13,000 members next season (all season ticket holders are automatically members of the Official Leinster Supporters Club/OLSC ).

The club is now the first port of call for many supporters for information and advice regarding home and away fixtures as well as arranging the distribution of flags, the running of Interpro’ and other buses, the annual Ladies Night event and working with pubs and clubs around the province among other endeavours.

Some of the existing committee are seeking re election however new faces are always required, and welcome, to help grow the support for the team.

Based on experience of late those wishing to be nominated should be aware of the following requirements:

– You should be able to commit to working at least 60 minutes before and 45 minutes after some of our home games (this may increase for larger fixtures) to assist with banners, flagging and merchandise selling at the RDS.

– You should be available to operate at least one of the Club’s buses (to Belfast, Galway and Limerick/Cork) during the season.

– You should be in a position to access the internet a minimum of three to four times per week as we discuss ongoing club business via a private web based forum (don’t worry if you are not familiar with these we will give you all the help you need should you be successful) and to assist in dealing with email traffic. This will increase substantially in peak times.