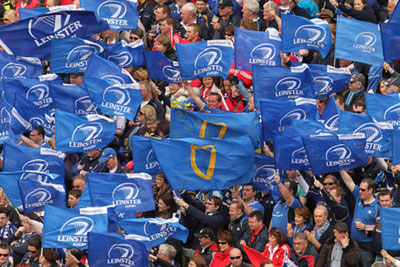 The AGM of the Official Leinster Supporters Club (OLSC) will take place at 1pm on Saturday, June 11, 2011 at The Laighin Out bar, RDS, Angelsea Road, Dublin 4…

There are a number of changes to the committee for the new season with Alison Moore, Aisling O’Connor and Frank Gallen stepping down. There were just seven candidates nominated for the seven open positions of the committee therefore all will be elected by a show of hands at the AGM.

Jarrod Bromley, the current club president, was the only person to be nominated as president so will therefore return for a further season.

The incoming committee will therefore consist of the following;

*denotes new member to the committee

Motions for the AGM can still be submitted, these must be received by email by 5pm this Friday, 3 June, 2011. An updated agenda will be available next week.

We would strongly urge members of the club (if you are a season ticket holder then you are automatically a member) to attend the AGM to hear a review of last season and plans for 2011/12, you will also be able to voice any comments/ideas that you may have.

The Heineken Cup trophy will be in the Laighin Out for supporters to get their photos with and the bar will open at 12.45pm. We plan to replay the final at the conclusion of the meeting.