OLSC call for Final ‘Sea of Blue’ at Celtic Park 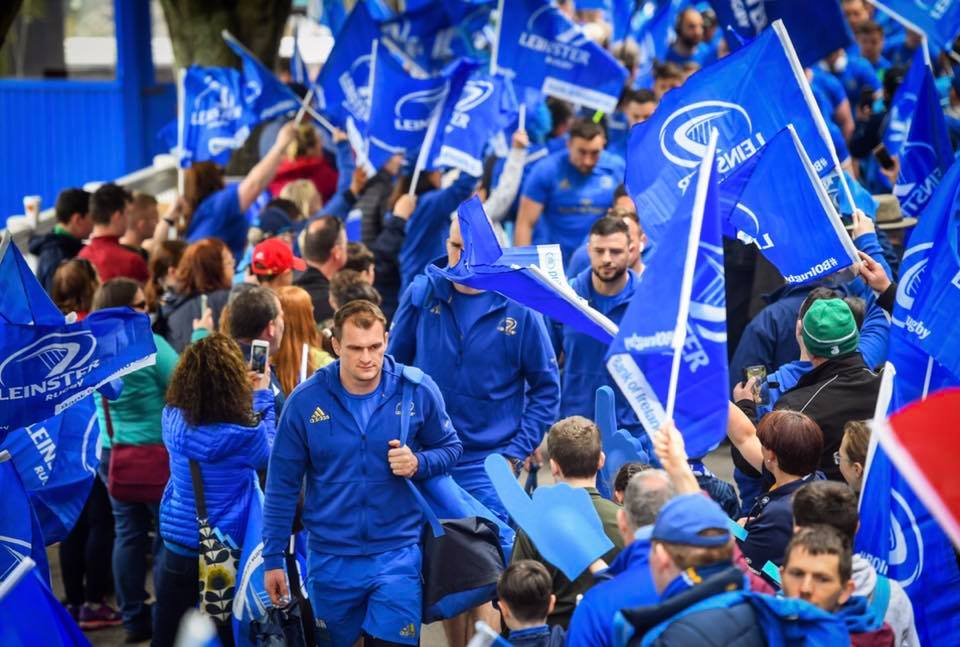 Leinster Rugby head coach Leo Cullen and the OLSC are calling on supporters to create a ‘Sea of Blue’ to welcome the team into Celtic Park this Saturday.

Thousands of supporters have come out to welcome the team bus this season. On the final day of the season with the defence of our Guinness PRO14 crown to play for, it’s time to do it again. One last push, a Final ‘Sea of Blue’ at Celtic Park.

The Leinster Rugby team bus will turn off London Road onto Celtic Way and drive to the left of the main stadium entrance. Celtic Way is the paved road that runs from London Road to the main reception and entrance to Celtic Park. The bus will arrive at approximately 5pm. The OLSC is asking supporters to line Celtic Way at 4.45pm in preparation for the Leinster team bus arrival. See map below. 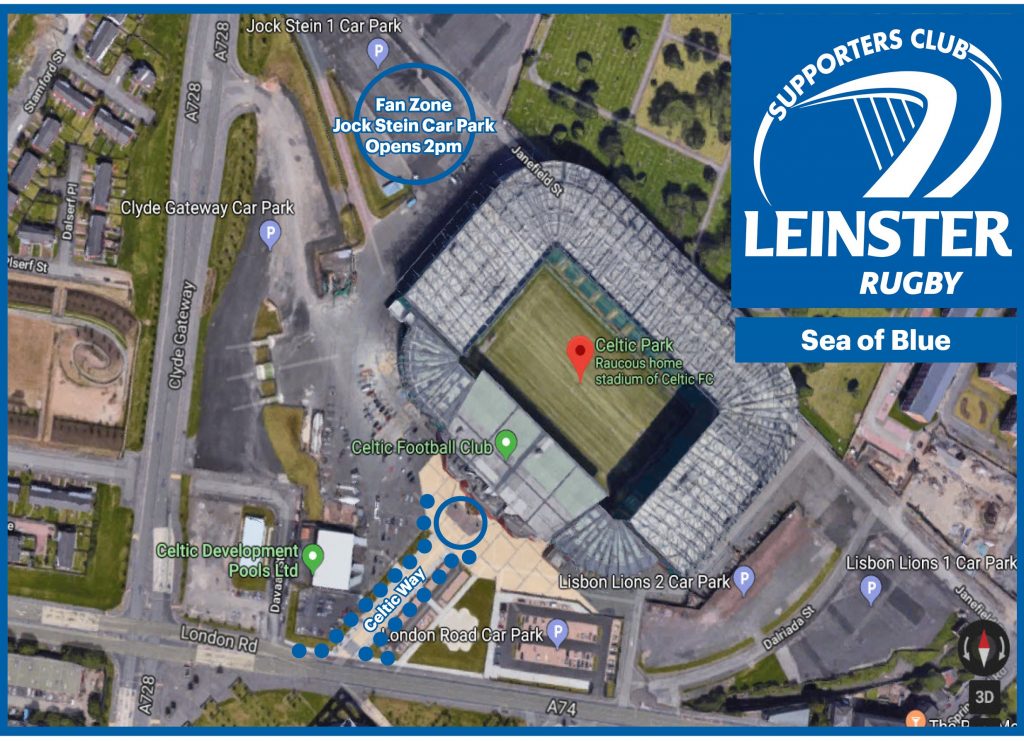 There will be plenty to do before and after the Sea of Blue welcome. The Guinness PRO14 Fan Zone situated to the left of Celtic Way will open at 2pm. Stadium turnstiles will open at  4.30pm. The Guinness Fan Zone will offer the full portfolio of Guinness products, food and entertainment.

The OLSC and Leinster Rugby will be handing out Bank of Ireland sponsored flags on Celtic Way and around the Fan Zone area and main stadium entrance from 3.45pm. As flag supply will be limited we encourage supporters to bring flags and as much blue as possible. The Bank of Ireland sponsored Leinster flags with the white pole have been cleared by airports and Celtic Park.

After the team bus welcome, soak up the atmosphere around the Fan Zone and kiosks at the stadium. The OLSC would ask supporters to take their seats early at 5.45pm to get behind the team as they go through their pre-match preparations.

The OLSC  would like to thank Bank of Ireland for their continued support.