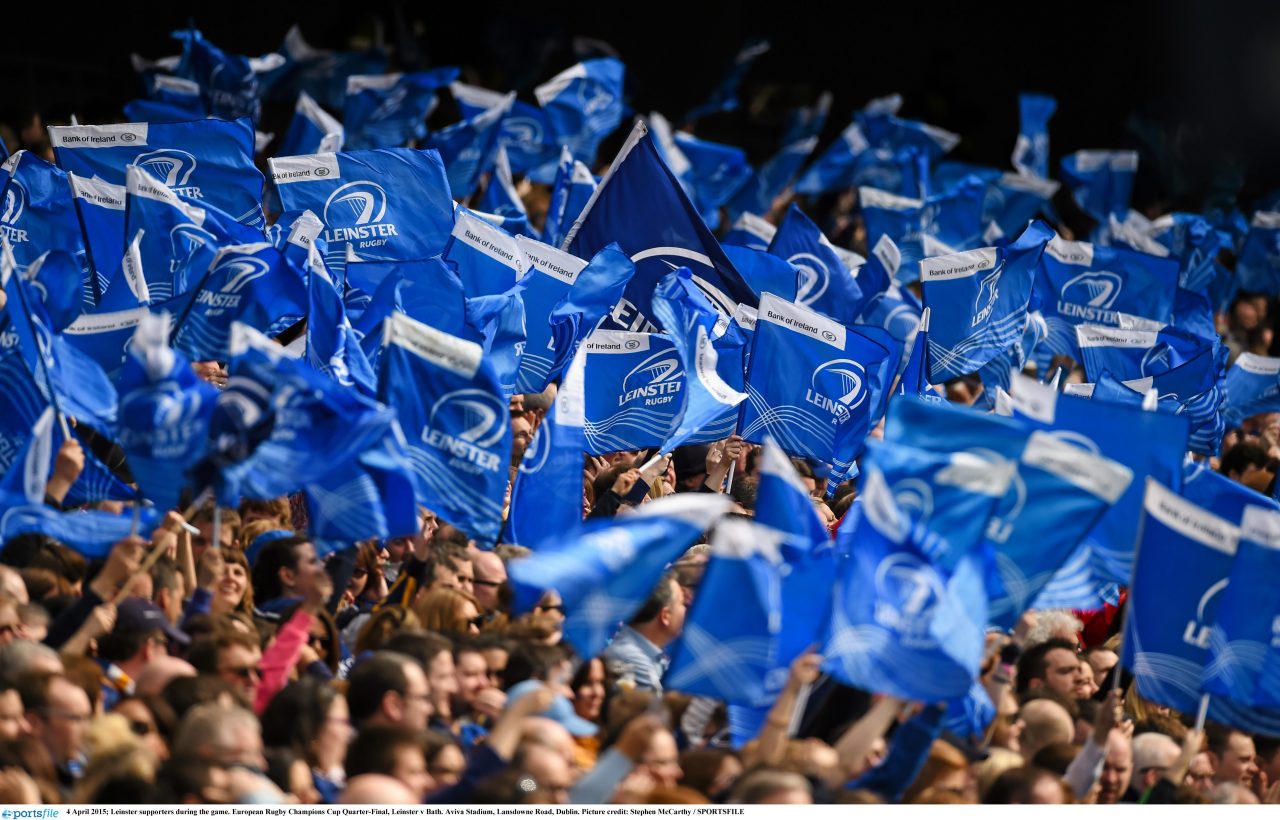 The Official Leinster Supporters’ Club (OLSC) are calling on supporters to create a ‘Sea of Blue’ to welcome the team into Aviva Stadium this Saturday.

Every season, thousands of loyal supporters have come out to welcome the team bus time and again, and on this, the last weekend of European rugby before the Christmas break, we’re asking for you to do it again. We saw last weekend what the support over in Franklin’s Gardens meant to the team as they emerged victorious over Northampton Saints and we again need you for this return fixture.

The Leinster Rugby team bus will arrive at Aviva Stadium via Herbert Road (beside Elverys) where the team will make their way into the stadium.

The Sea of Blue will start from the Sandymount Hotel and run all the way down to the Stadium. We’re asking you to assemble at the hotel at 3.15pm on Saturday so we can position ourselves in good time to welcome in the team.

The OLSC and Leinster Rugby will be handing out flags and our shiny Santa hats to help you welcome the team. However, as both flag supply and hats will be limited, we encourage supporters to get there early as well as bringing flags from home and wearing as much blue as possible.