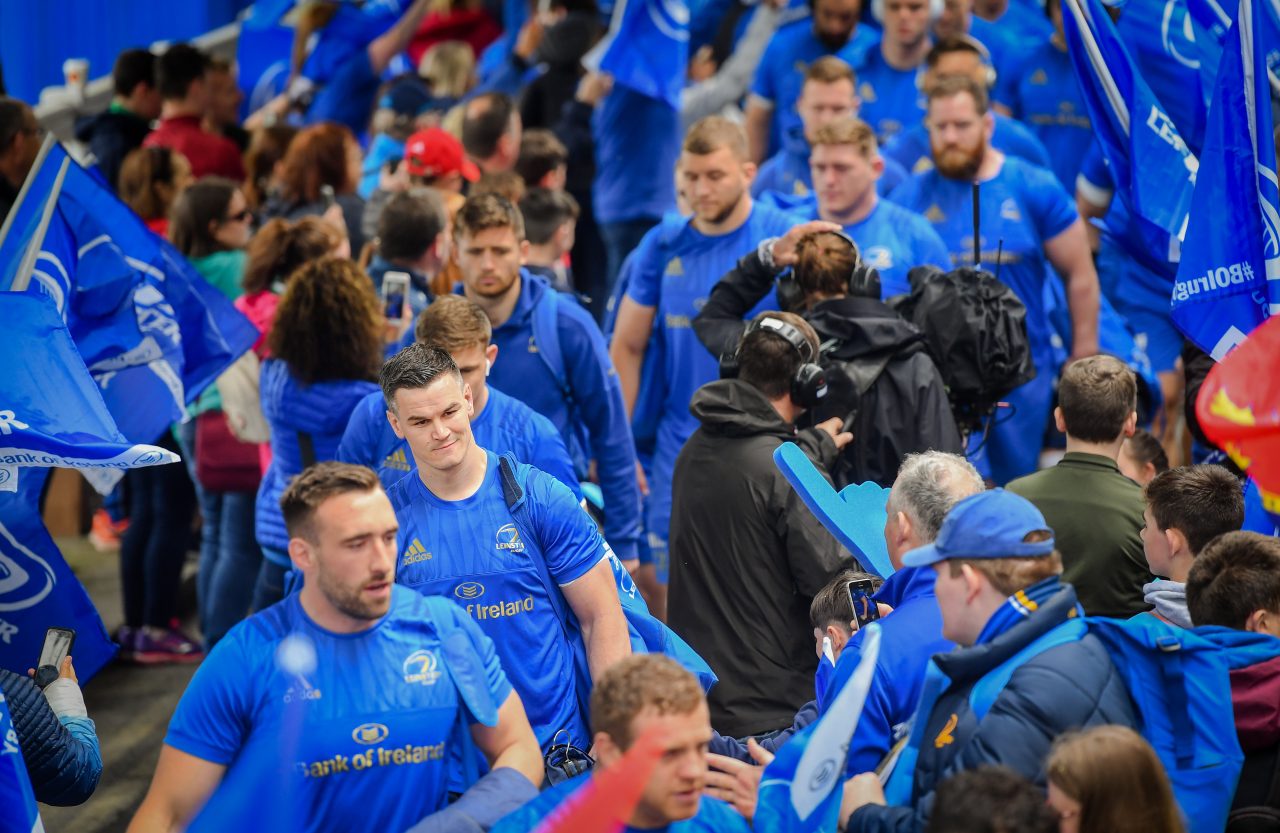 The Official Leinster Supporters’ Club (OLSC) are calling on supporters to create a ‘Sea of Blue’ to welcome the team into the RDS Arena this Saturday.

Every season, thousands of loyal supporters have come out to welcome the team bus time and again, and on this, the opening weekend of European rugby, we’re asking for you to do it again. Let’s start the campaign off as we mean to go on and once more come out in droves to welcome the team into the RDS as they face Benetton in Round 1.

The Leinster Rugby team bus will arrive at the RDS via the Simmonscourt Entrance at 1.50pm and the team will make their way past the back of the Anglesea Stand, Autograph Alley and into the stadium. This is where the Sea of Blue will assemble to welcome the team so we’re asking for all available supporters to meet at Autograph Alley at 1:30pm!

The OLSC and Leinster Rugby will be handing out flags to help you welcome the team. However, as flag supply will be limited, we encourage supporters to bring flags from home and wear as much blue as possible.