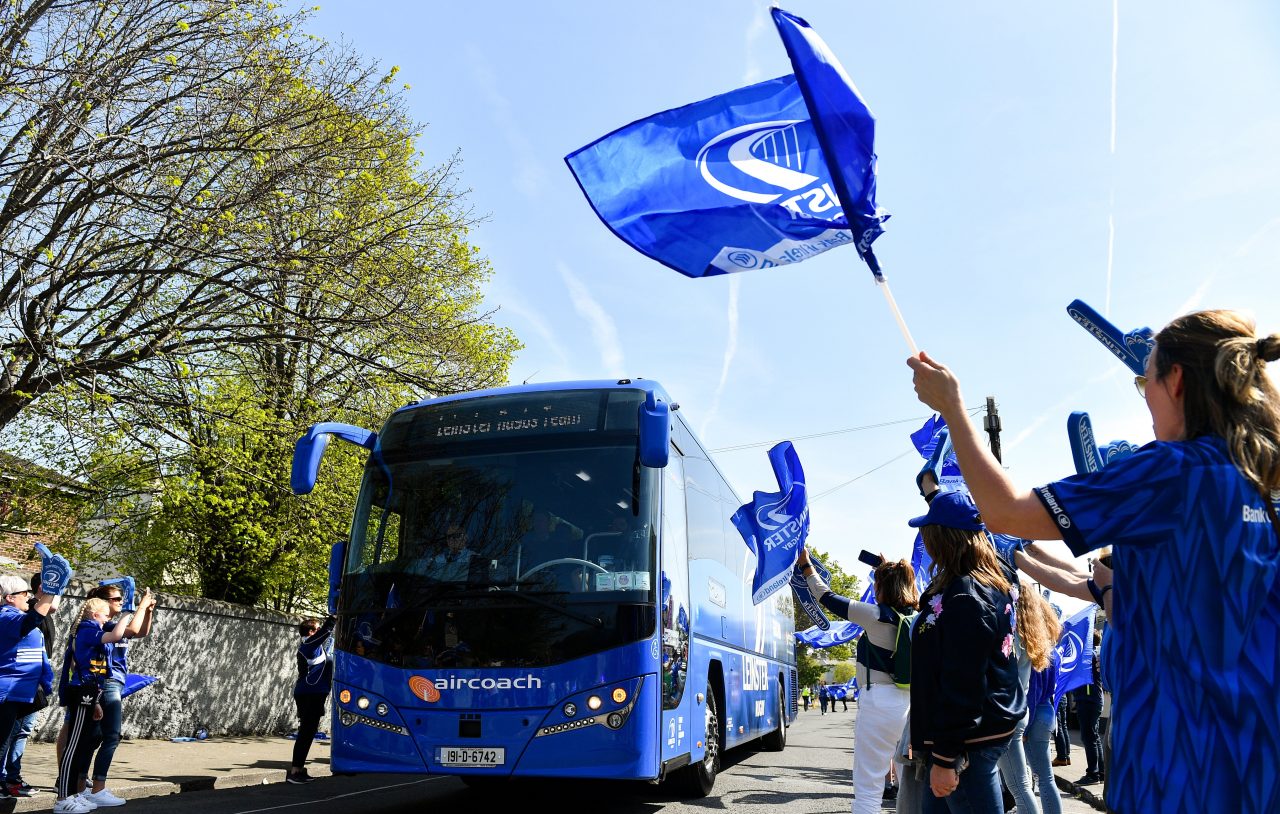 Leinster Rugby head coach Leo Cullen and the OLSC are calling on supporters to create a ‘Sea of Blue’ to welcome the team to the RDS Arena this Saturday.

Thousands of supporters have come out to welcome the team bus this season. Now, for the Guinness PRO14 Semi-Final, it’s time to do it again at the RDS.

The Leinster Rugby team bus will enter the RDS Arena on Simmonscourt Road at Gate L beside the Intercontinental Hotel. The bus will arrive at approximately 1pm. The OLSC is asking supporters to line the route starting at the players’ dressing rooms on the Anglesea Stand side of the ground from 12.45pm.

The gates of the RDS will be open early at 12.45pm to help facilitate this Sea of Blue welcome. Supporters will be able to access the Arena during and after the team bus arrival.

There will be plenty of time to soak up the atmosphere after meeting the bus. The OLSC would ask supporters to take their seats early at 1.45pm to get behind the team as they go through their pre-match preparations.

Leo Cullen and John Fogarty recently made comments about how the supporters lift the team, specifically mentioning the Sea of Blue team bus welcome.

Commenting on the European Final at St James’ Park and the players’ desire to repay the supporters, Fogarty said, “One of the things from the weekend that was great, it was amazing really, was the level of support that we had. Our supporters, when we drove into the stadium, we were swamped. It was a Sea of Blue, 25-thousand, 30-thousand people travelled. It was an amazing thing to drive into the stadium, see flags, and see the support. We get to go out in the RDS and play for our supporters and put in a good performance for them. I think that’s at the front of everybody’s mind now.”